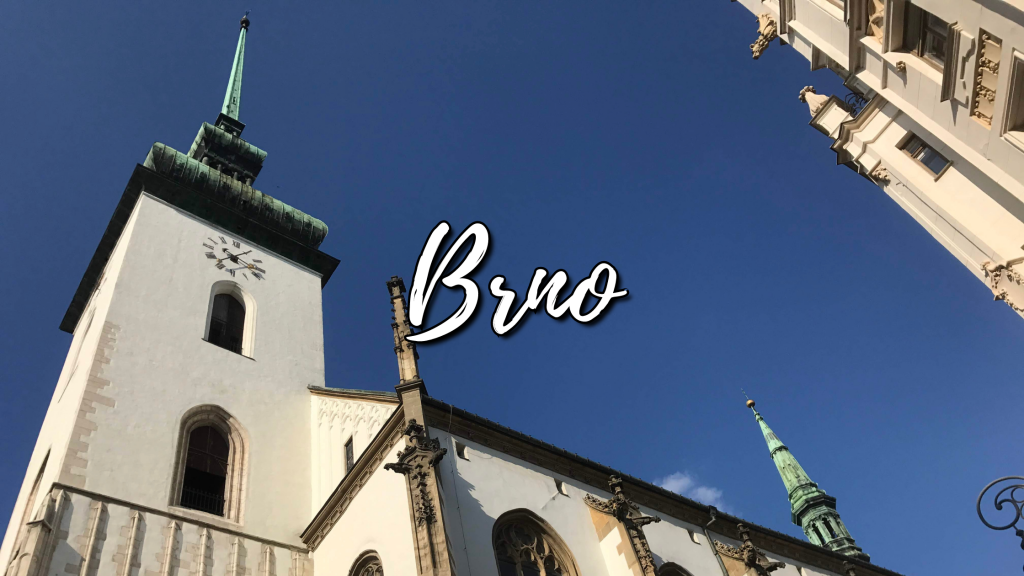 Where Prague, Kutná Hora and Český Krumlov get more and more tourists every year, Brno has remained largely untouched. Don’t take that to mean it isn’t worth a day trip from Prague, it absolutely is! Here you’ll find some of the same charm in the more popular cities of the Czech Republic, minus the crowds. Brno, a university city, has a younger crowd which perfectly coincides with its old world history.

Side note: the vast majority of the attractions I’ll recommend have a super creepy vibe. That wasn’t on purpose, promise! There’s just quite a few neat/deeply unsettling sites to check out. Use your own discretion.

How to Spend 1 Day in Brno

When to Go to Brno

You’ll find the weather in either spring or fall to be a bit more constant than visit in winter or summer. Crowds are few, however, so don’t worry about finding a good shoulder season to visit.

Where to Stay in Brno

If you decide to stay the night, Barceló Brno Palace is a relatively inexpensive but beautiful and luxurious hotel. It’s located just steps away from much of the attractions.

How to Get Around in Brno

You won’t necessarily need to use the public transportation (although it’s excellent) when visiting Brno. All you’ll need is a good pair of walking shoes.

Where to Eat in Brno 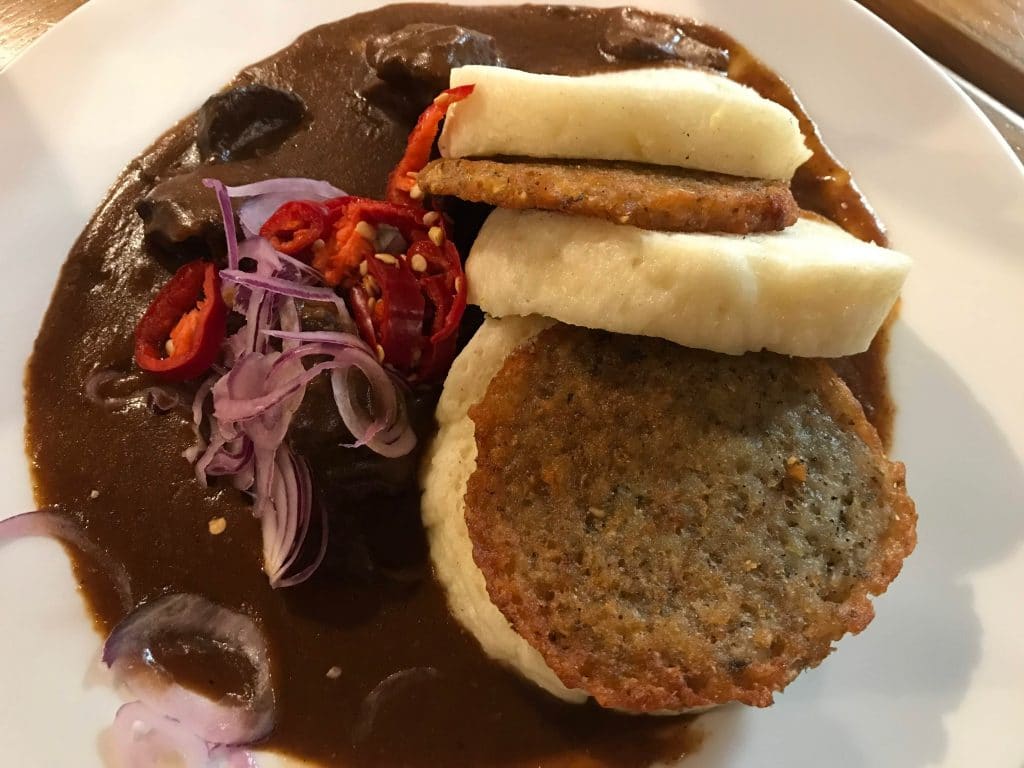 Zelný trh is the local market. There’s a wide variety of fruits, vegetables, flowers, and the like. I got a crepe, hot off the…griddle(?) and it was so good.

It’s weird recommending sushi in a Czech city, but Koishi sushi is a favorite of locals and tourists alike. Give it a whirl if you feel so inclined.

Stopkova Plzeňská Pivnice is where I got my first taste of Moravian wine. Seeing as Brno is the capital of the Moravian region, you’d expect only the best. This restaurant also serves traditional Czech fare, but the real treat is the wine.

I’m not a beer gal, but I know some people are, and will be seeking out the good stuff while in Brno. Borgo Agnese is the best place to get Starobrno beer. As the name indicates, this is where the beer is brewed. Cheers! 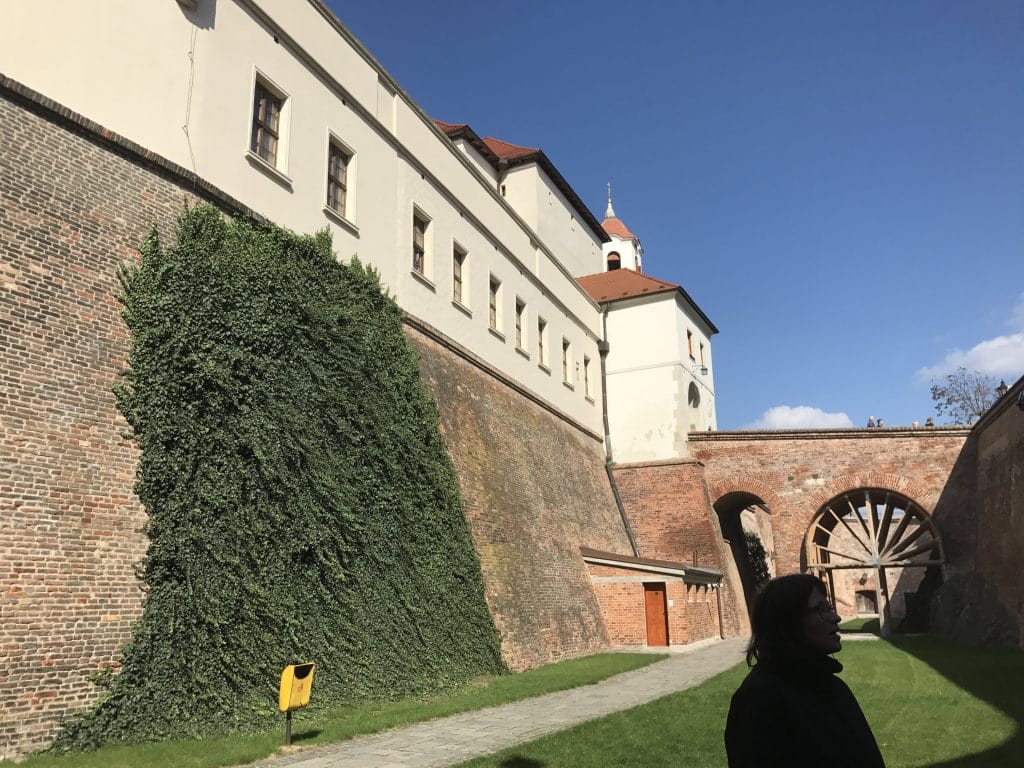 Špilberk Castle has a quite a bit to offer, depending on your castle likes and dislikes. There’s a museum detailing the history of the city, located within the castle itself. If that’s not your cup of tea, you can do what I did and opt for a castle tour. It’ll take you through the vaulted tunnels of the former prison and around the castle walls. 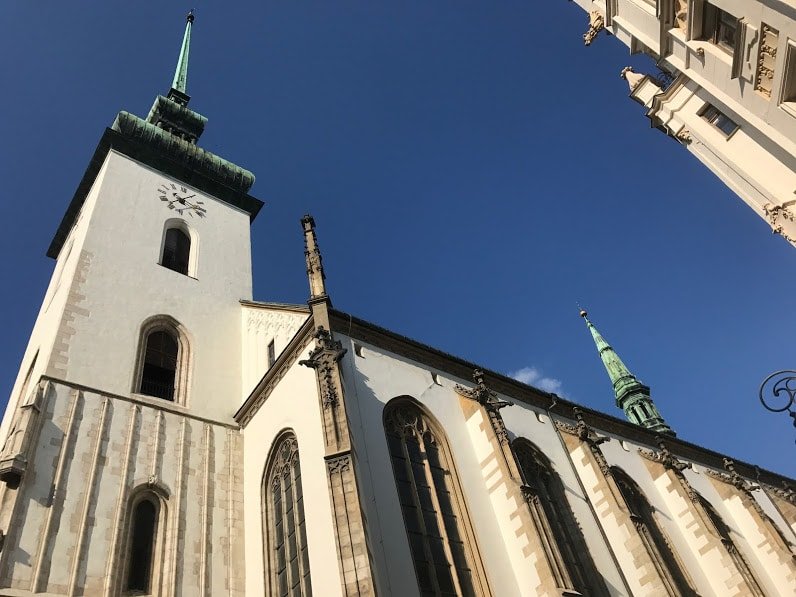 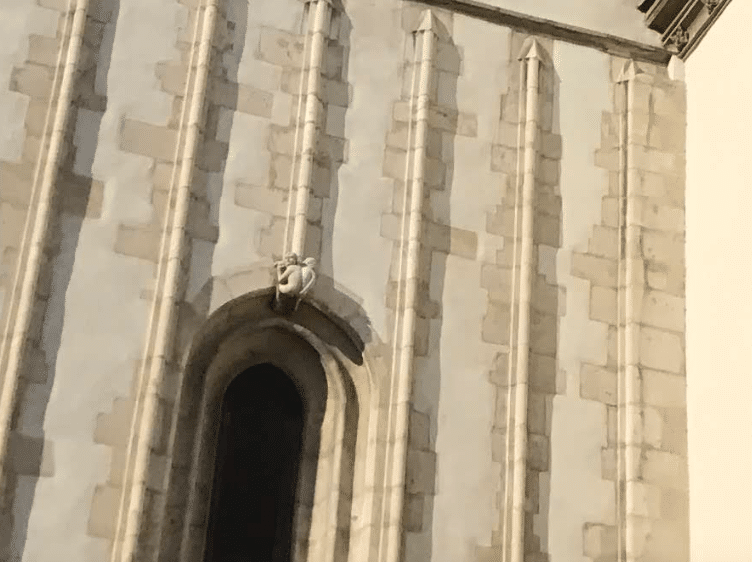 Before you step inside this impressive ossuary, check out the church’s little Easter egg of sorts “welcoming” you inside.

…sorry, I’ll see myself out.

This fellow is known as ‘Nehaňba’ (The Shameless) and, according to local legend, was the result of the disgruntled stone mason who was pissed at his competition on Petrov Hill (more on that later).

Inside is the Brno Ossuary. I have an admittedly weird thing for ossuaries, so I was game. The full extent of this ossuary was discovered in 2001, as it was an entire underground labyrinth (this will become a theme in a bit). It’s centuries old, and houses the victims of war, plague and cholera.

If you’re looking to up the creepy factor after that visit, then you’re probably down to visit the Capuchin Monastery. I was not. One quick look at Google Images had me nope-ing out.

The monks who were buried here between 1656-1784 are perfectly mummified, thanks to the ventilation system. I just… couldn’t do it. Ossuaries are as far as I can go. It felt a bit too “real,” if that makes any sense.

Labyrinth under the Green Market

What is it with Brno and their underground capabilities? Dunno, but the Labyrinth under the Green Market is where we’ve landed.

The cellars originally were never connected. They were used solely by the people who lived in the houses above ground. Today, they’ve been connected into a labyrinth to showcase life in historic Brno. It’s pretty cool.

You’ll see displays that demonstrate how people used to store and prepare their foods. There’s also an entire alchemy area dedicated to the making and storing of wine. If you find yourself suddenly in need of a glass after the tour, I’d grab one. 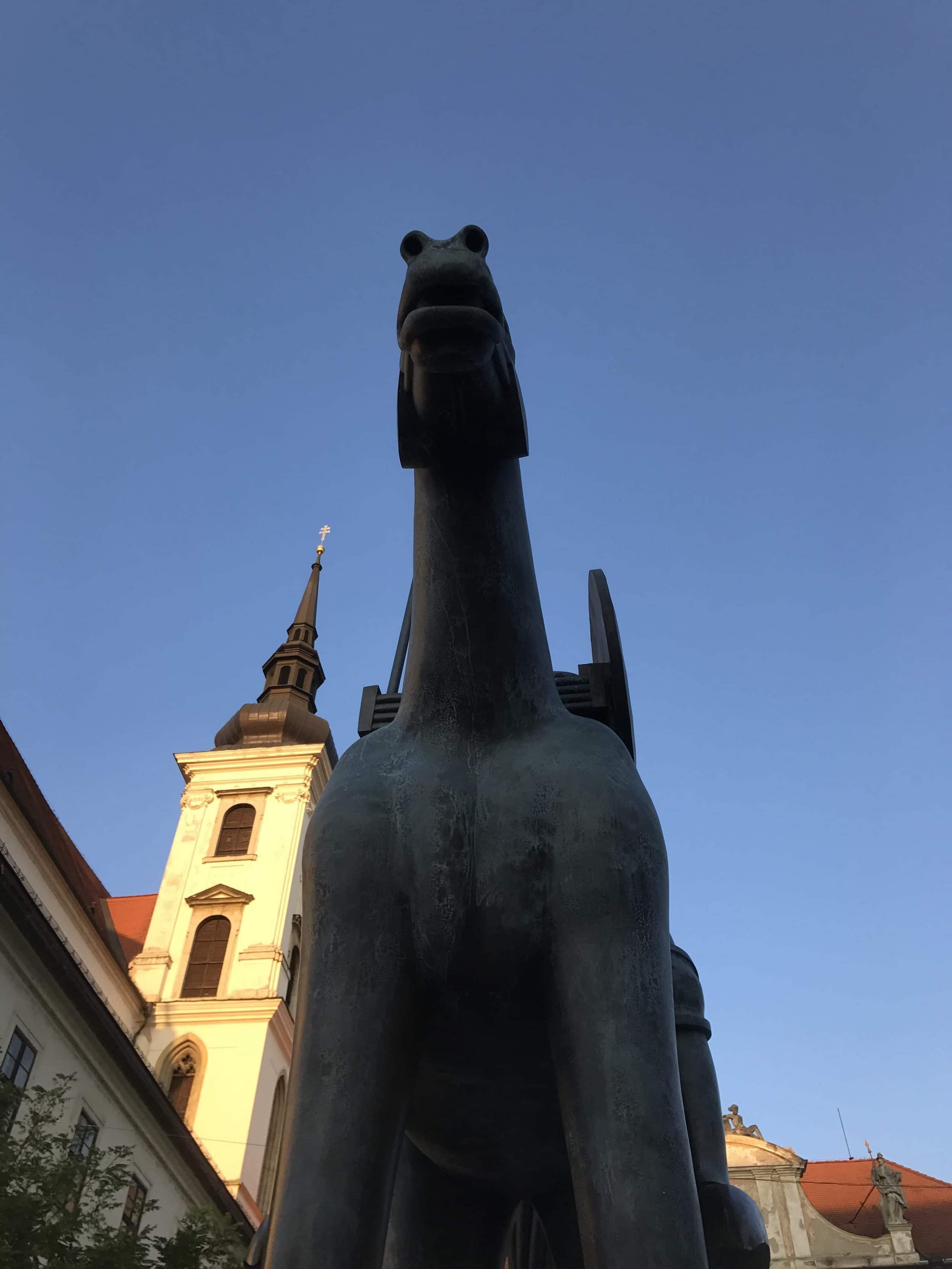 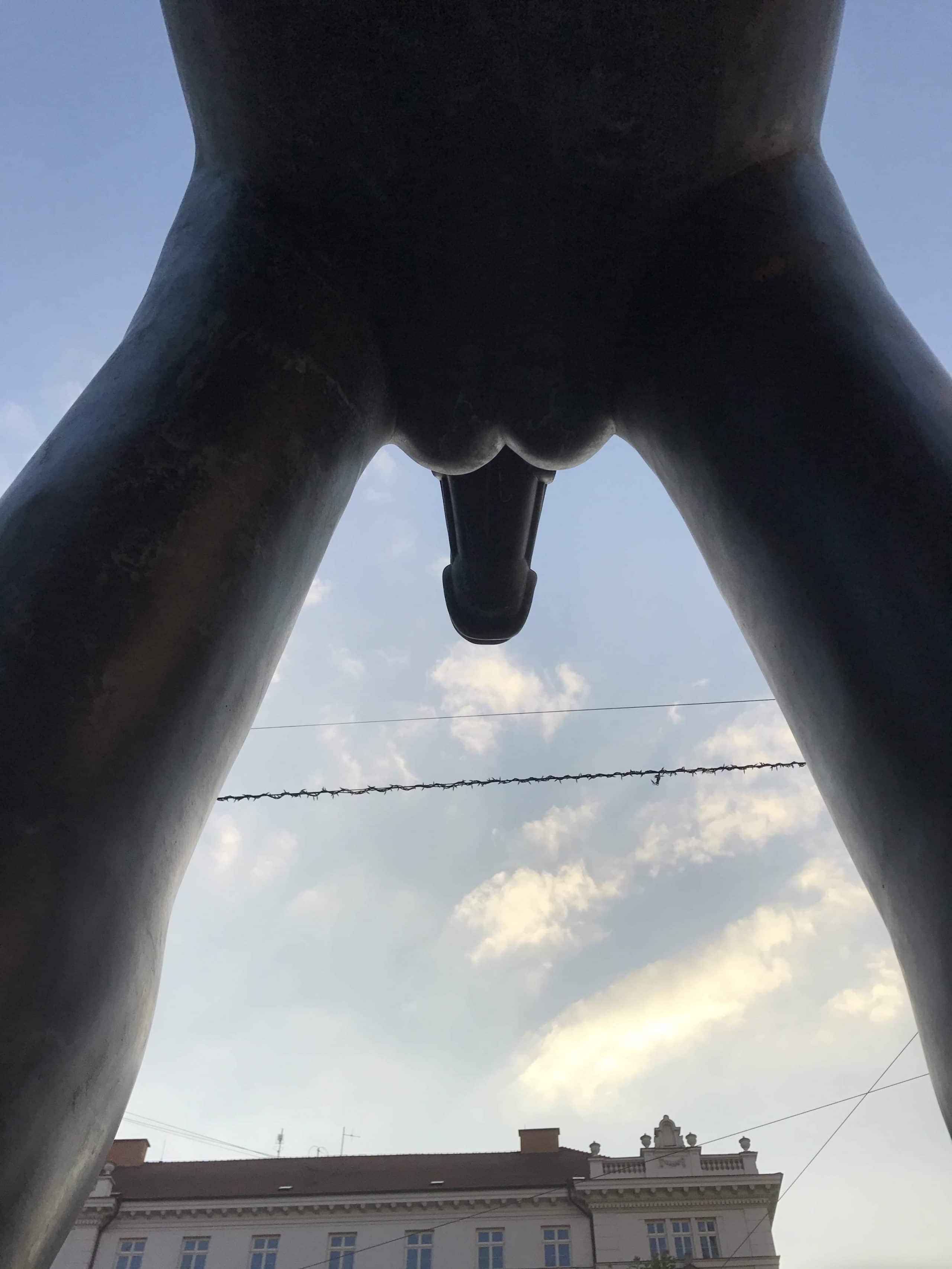 The Church of St. Thomas is a perfectly nice and respectable church that I’m about to ruin for you because I suck.

Check out the Equestrian Statue next to the church. Looks pretty innocuous, right? Alright, now walk directly underneath the statue and take a look (parents, cover your child’s eyes).

Laugh with me so I don’t feel shamed by my 8th grade-level humor.

Okay, I’ll be mature again. You were very patient. Thank you.

The Cathedral of Saints Peter & Paul is a beautiful gothic church with a baroque interior.

I’d visit right as the sun is setting to the climb the tower. On the way up, you can view the treasures of the cathedral.

There are two different viewpoints inside the tower itself. Both sides are pretty spectacular. 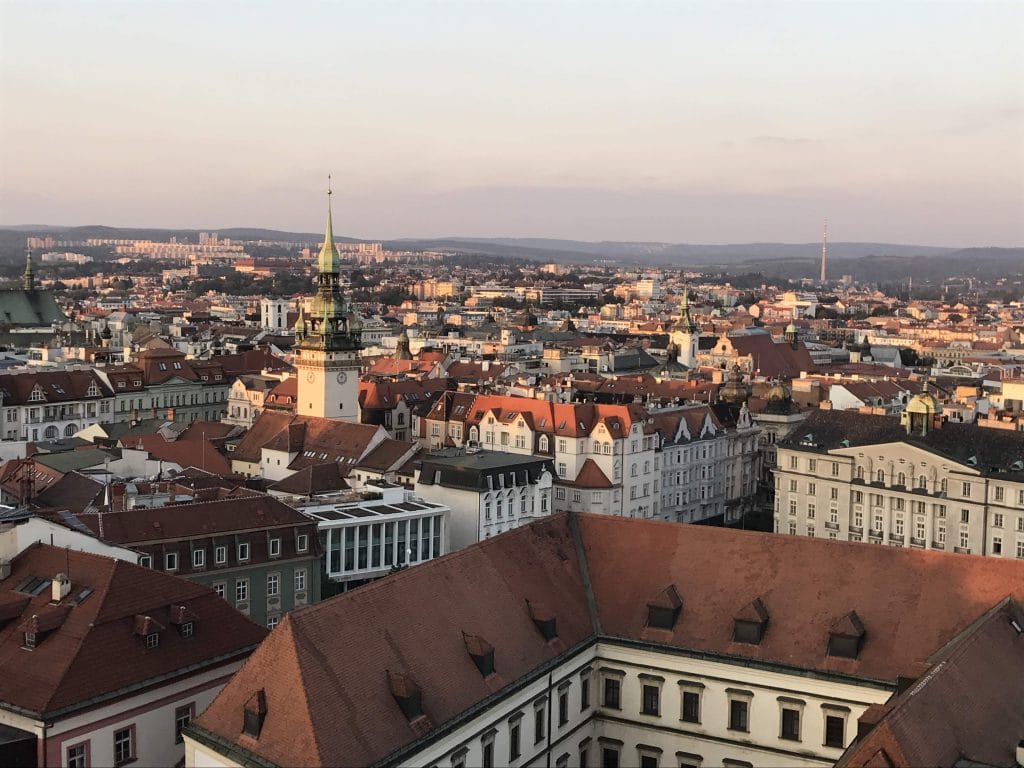 Odds are, there’s a festival going on during your visit. This is a city that loves it’s festivals. Food wine, beer, culture, the works. Ask around and Czech (lol) it out! 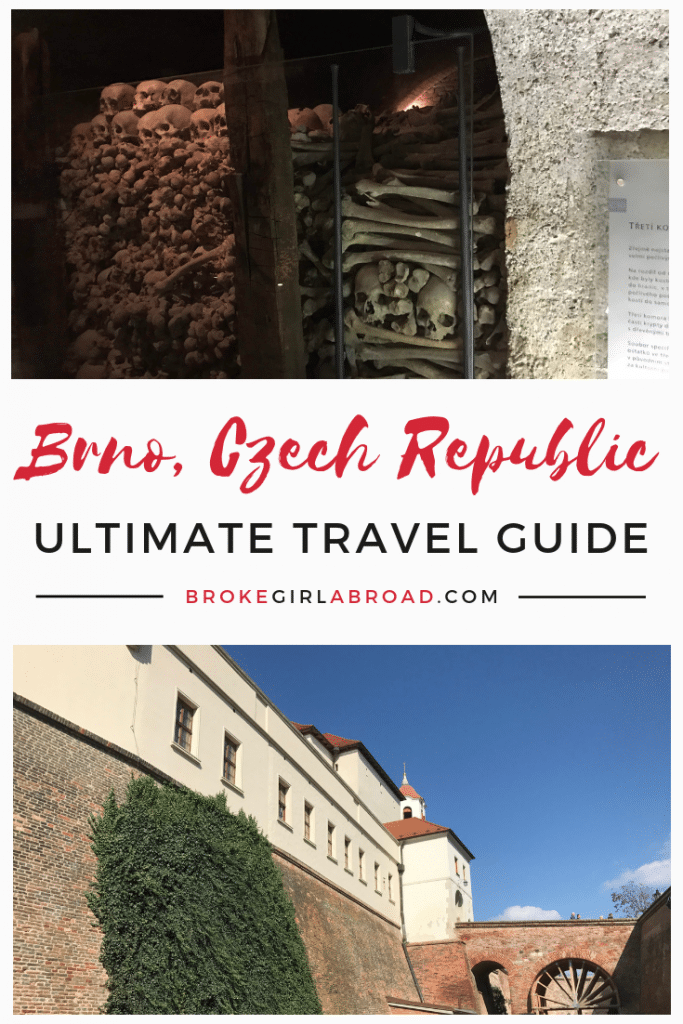