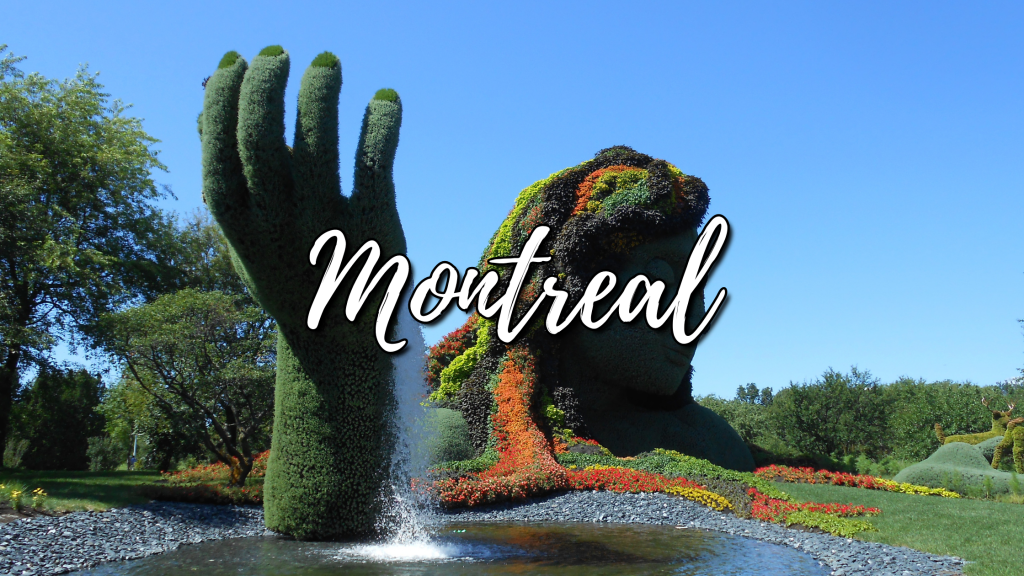 There are so many cheap things to do in Montreal, it’s hard to know where to begin. I’ve broken it all down into a 4 day guide, with accommodations under $100!

I’d first heard of Montreal via my dad. It’s his favorite city in the world. I’d estimate he’s been there about 20 times and he’s still not tired of it. When he found out I was going, he was bummed that his schedule wouldn’t let him tag along.

I’d say Montreal is as close to France as you can get in North America. It helps, of course, that French is the national language. But there’s some incredible French cuisine on every block, French-inspired architecture and an overall European feel.

I fell in love with this city just like my dad did. So sit back and let’s explore how to spend 4 days in Montreal!

How to Spend 4 Days in Montreal

When to Go to Montreal

April – May or September – October

I went in July. It was hot. Whhhhyyyyy was it hot? This is Canada. I thought Canada was cold always.

I asked around, turns out that unless you go further north, Montreal is subject to the same summer from hell the rest of us experience. So visit Montreal in spring or early fall. Much safer bet.

Where to Stay in Montreal 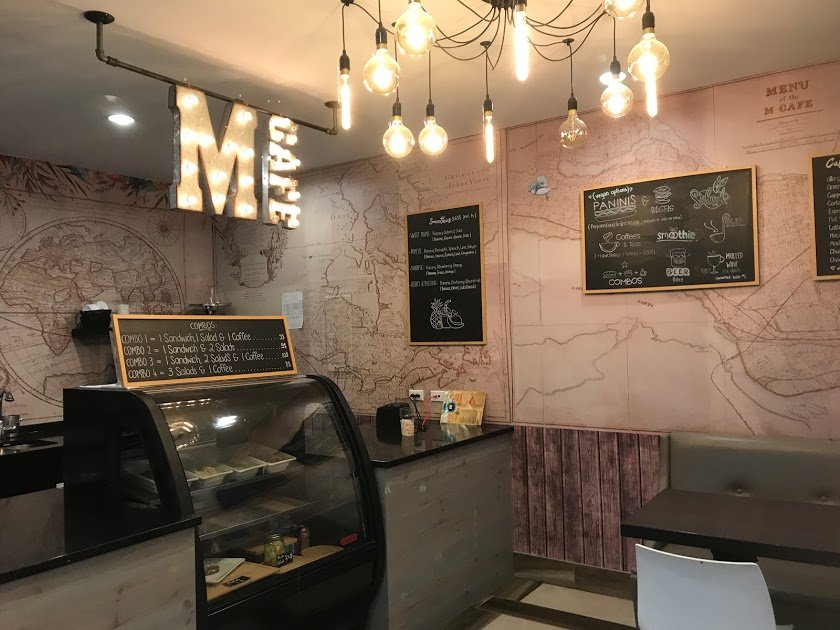 I really loved my stay at M Montreal. I was right by a metro stop and a pharmacy with some cool restaurants nearby. It’s a fun atmosphere with a rooftop hot tub and pasta nights every Wednesday. Like a lot of hostels, they have events every night, and it’s a great way to meet people. I’d definitely stay again.

How to Get Around in Montreal

I got the 72 hour Passeport MTL and would highly recommend it. I can be pretty picky with these types of tourist cards, because sometimes they’re just not a great value. This was.

The card gives you access to Montreal’s fabulous transportation system. Just hop on the metro and you can get anywhere in the city. It’s awesome.

In addition, all of the attractions listed below (with the exception of Château Ramezay and Notre-Dame Basilica of Montreal) are covered. So it’s a good value too!

Where to Eat in Montreal 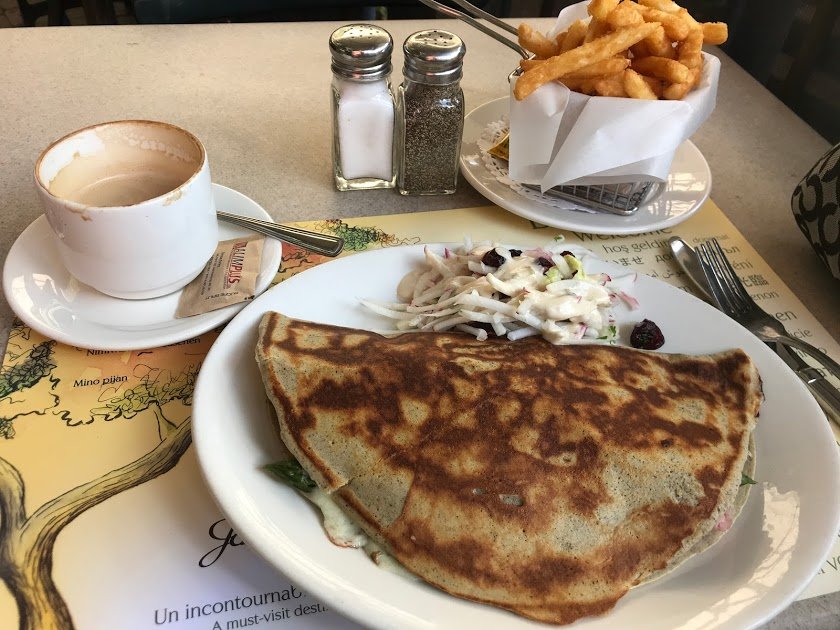 I’d make a reservation for lunch at Jardin Nelson, cause it can get crowded fast. I see why. It’s a lovely atmosphere. You’re outdoors in a covered patio, treated to live music and some truly amazing crepes.

This was an unexpected but welcome find. I’m always down for some good Neapolitan pizza, and it’s in a loud, fun environment too.

Still dreaming of this place, tbh. I had the best lobster ravioli of my life here and I’d go back just to order it again. At Holder you’ll find great French cuisine in an upscale atmosphere that definitely made me feel fancier than I was.

Grab a sandwich to-go at Schwartz’s Deli and picnic

How much do the people of Montreal love Schwartz’s Deli? When French was adopted as the official language— meaning nothing with an apostrophe s (‘s) in the name —they let Schwartz’s slide. It’s one of the oldest delis in Canada, and if it ain’t broke, don’t fix it.

A fun way to get a taste of their smoked meats is take your meal to go and head up to Café Suspendu du Mont Royal. A little picnic of sorts, if you will. The view is amazing and combined with the food it is *chef’s kiss.*

Day 1 of 4 Days in Montreal 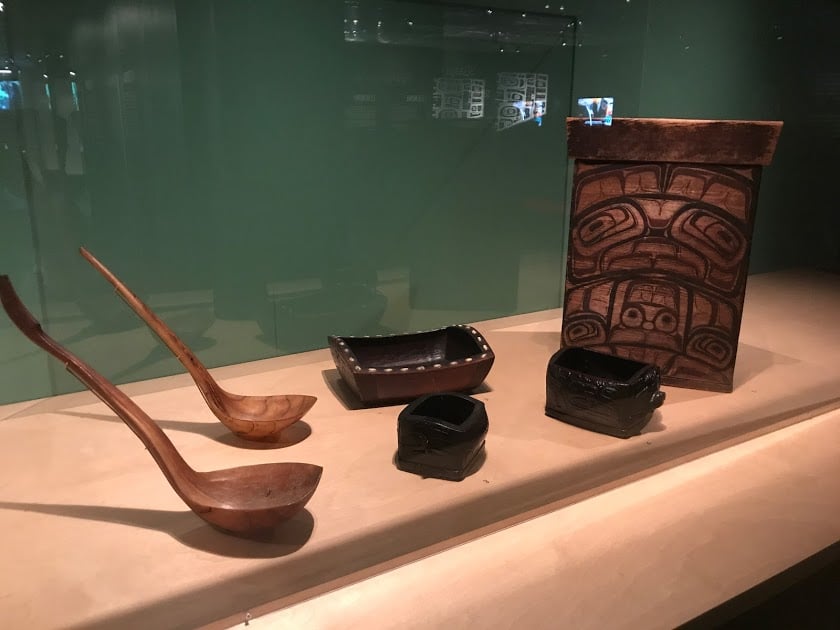 I think this is a site best viewed at sunrise or sunset. The view is incredible. Once you’ve had your fill walking through the church, go ahead and explore the surrounding area.

The McCord Museum is a treasure. You won’t find a better collection of art and artifacts on the First Nation anywhere else. This is my dad’s favorite spot, and I completely see why. The art is displayed masterfully so you get an idea of the importance and use of each piece. The museum will also walk you through the history of the First Nations and it’s extremely in depth.

Anyways, you’ll find a pretty great art collection here. Ancient art, jewelry, international works and garden sculptures are all on display. So there’s something for everyone.

Day 2 of 4 Days in Montreal 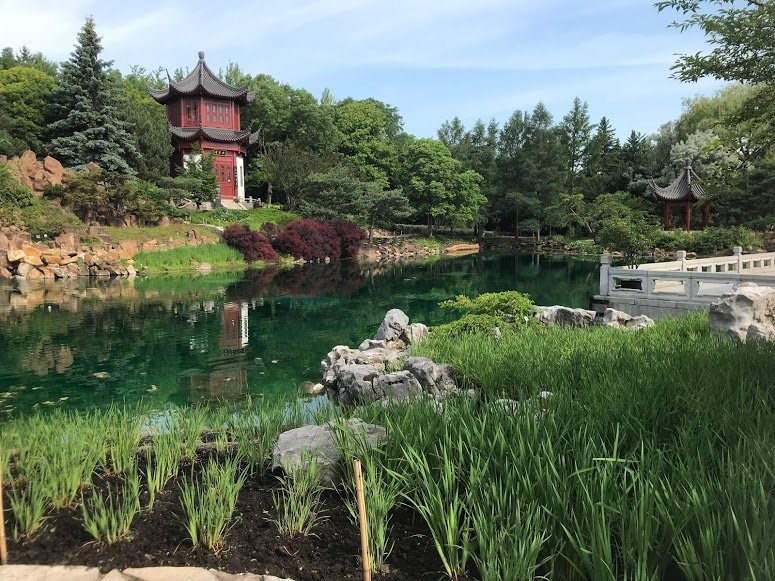 The Montreal Botanical Gardens are truly breathtaking. Get there right when they open and you’ll likely have entire spaces to yourself. It’s surreal. It takes up 185 acres, and there are several different gardens centered around a country or a culture. You’ll love the Chinese Garden. I could spend a lifetime there.

Château Dufresne is just across the street. Funny enough, after my stroll through the Botanical Gardens where I had many exhibits to myself, I was once again on my own in the Château. It was bliss. Solo viewing is enhanced in this space, because each room has its own set of sound effects, designed to mimic what you would’ve likely heard in each room.

Next you’ll arrive at Place Jacques-Cartier. It’s a really cool area with lots of different shops, sites and restaurants.

My recommendation here is to hit up Château Ramezay. It’s smaller than the previous Château, but still very cool. The guides wear period clothing, and the museum hosts a variety of exhibits on the history of Montreal and life at the Château. There’s also a cute little garden once you exit.

I’m also gonna throw this out there, even though it’s a temporary exhibition. War Flowers is hands-down the best temporary exhibit I’ve ever seen! It was immersive, informative and incredibly well done. If you’re near the next installment, please give it a visit here.

The Bonsecours Market is a little touristy, but a fun spot to shop through for souvenirs and art pieces.

Montreal Museum of Archaeology and History

If I told you the coolest part of the Montreal Museum of Archaeology and History was walking through an abandoned sewer, would you still be down to visit?

The Museum of Archaeology and History has numerous underground displays, and this is by far the best. The sewer is part of an entire light installation called Memory Collector which is absolutely magical! I got lucky and walked through this installation without anyone else there. It was so peaceful. Would recommend walking through this sewer.

Day 3 of 4 Days in Montreal At just three hours away, Quebec City makes for an ideal day trip! I did so through Gray Line Tours and thoroughly enjoyed it! If you’re looking for a one day itinerary, look no further!

READ: How to Spend 1 Day in Quebec City

Day 4 of 4 Days in Montreal 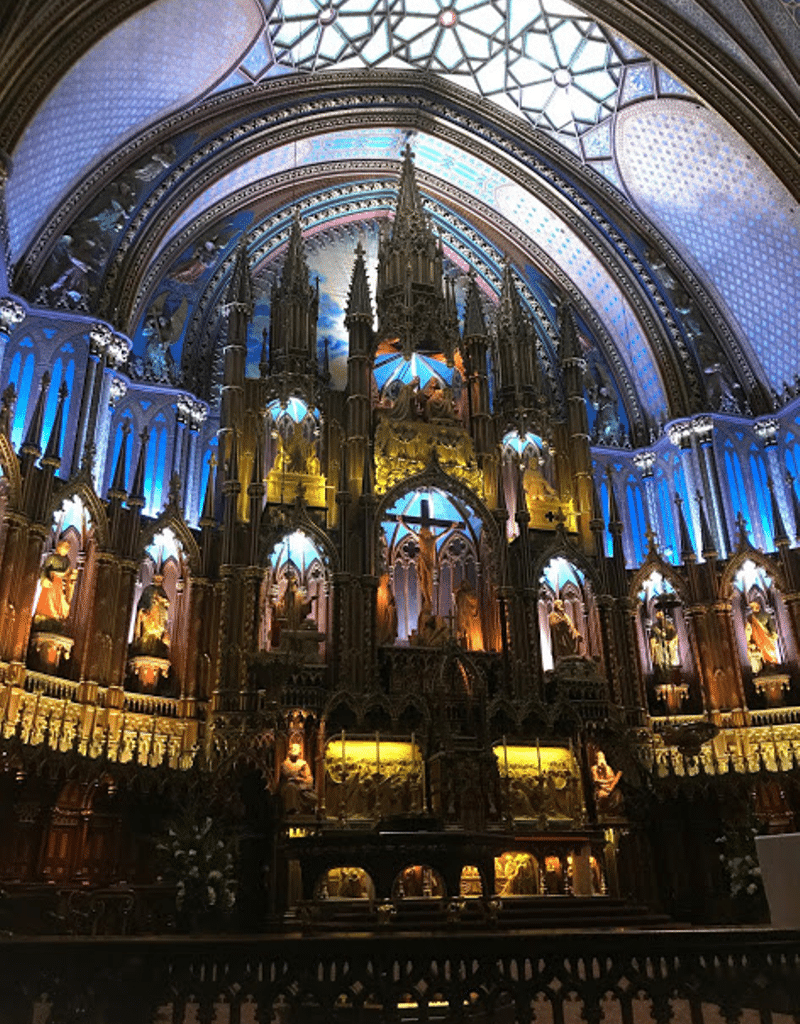 Few basilicas have taken my breath away quite like the Notre-Dame Basilica of Montreal. If I had to compare, I’d say it gives a similar vibe to the stunning Saint Chappelle in Paris. The gorgeous design of this building is so immersive. You could easily spend hours here still in awe of the beauty. This is a priority stop for sure.

There are two main ways to get to Parc Jean-Drapeau where the next two places are located. And, because I care, I tried both!

First option is the ferry. It leaves every half hour and you can get tickets right at the port. If you’re a little lost, just ask! There will always be someone to point you in the right direction.

The ferry was fun, but it can eat into your schedule. I found taking the metro to be much faster. From the Basilica, you’ll take Place-d’Armes, get off at the first stop, transfer to the yellow line and get off at Jean-Drapeau. Boom, you’re there!

The Biosphere is honestly a marvel just to look at. It’s a neat dome structure that was built for the 1967 world expo. There’s even a whole exhibit on that expo inside the museum. It’s very environmentally-focused. I learned quite a bit.

Didn’t make it inside the Stewart Museum but got to snag some cool views. I’d totally recommend checking it out though. It’s a 13-minute walk away and you get to explore an old fort and it’s artifacts. How cool is that?! 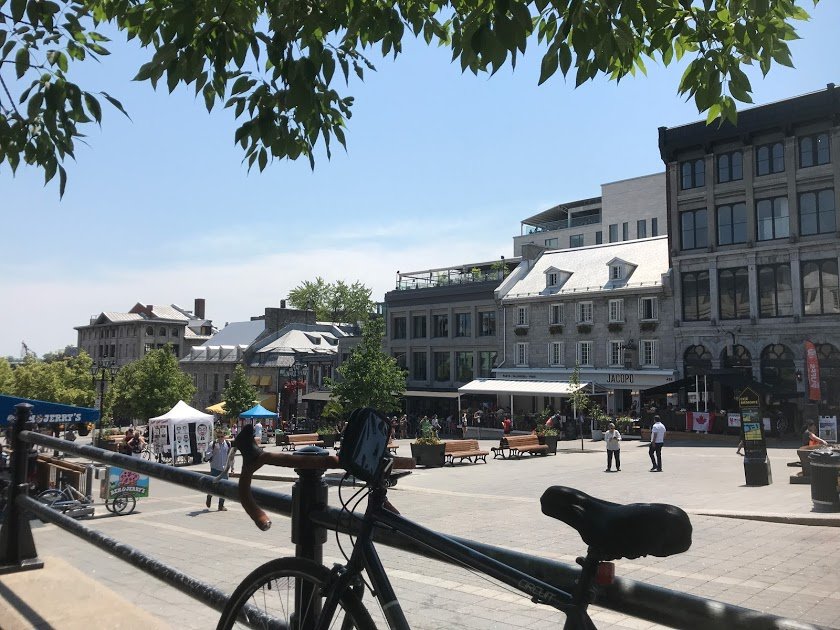 It’s customary to tip about 20% when dining out and about. Montreal is also one of the largest French speaking cities in the world, so it helps to know a phrase or two.

(Also, there’s almost always a festival going on. The jazz festival was wrapping up when I arrived. Ask around and see what’s happening!) Pin this 4 day Montreal guide for your next trip!