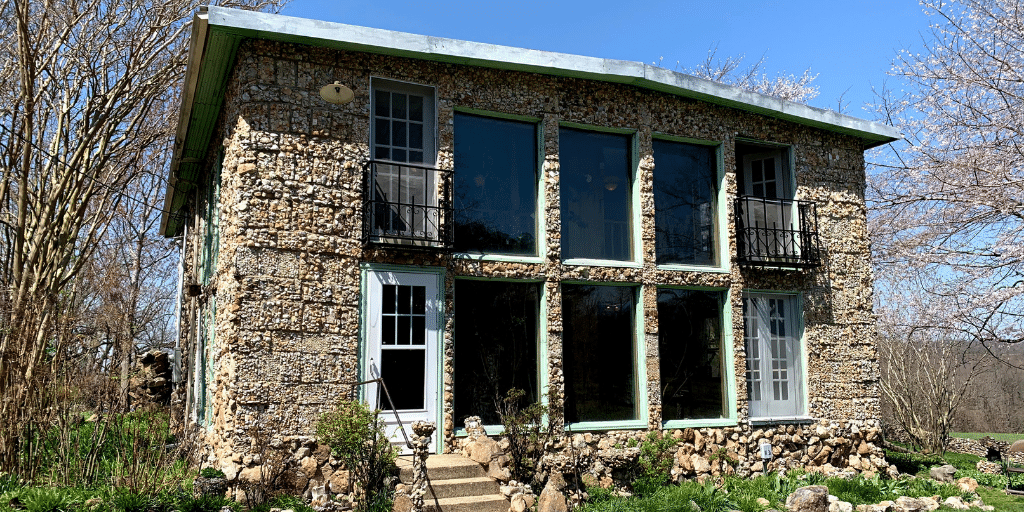 Quigley’s Castle was the dream home of Elise Fioravanti Quigley, who arrived in the Ozarks from Italy at age 9. She loved the outdoors from a young age, and was ready to incorporate that into her houses’ design. Today, her grandchildren keep that dream intact and allow you to tour what eventually became Elise’s greatest vision.

If you’re ever in Eureka Springs, I’d highly recommend a visit to Quigley’s Castle and here are my top 5 reasons! 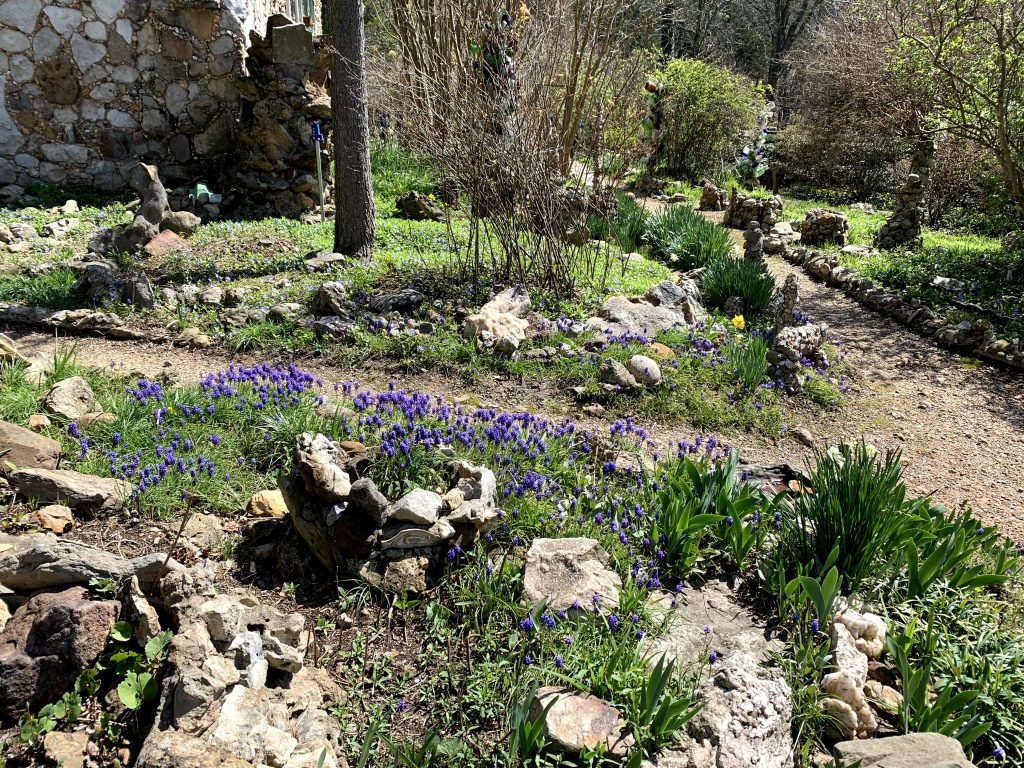 How the property came to be is something out of this world. Elise and her husband Albert lived in a lumber shack with their five children. Albert promised her a house with the lumber from their own property, and Elise was anxious to get going.

One morning in June 1943, as Albert headed off to work, Elise decided to take action. She and her children tore down the shack, forcing Albert’s hand.

Elise knew exactly what she wanted her home to be. “[I wanted a] home where I felt I was living in the world instead of in a box. I designed it in my mind, but I couldn’t tell anybody what I wanted, so I sat down with scissors, paste, cardboard and match sticks and made a model.”

Construction of the house took three years, partially delayed due to the 28 windows Elise wanted. Glass was unavailable due to WWII, so the family made do in the meantime by taking materials over the gaps.

At long last, her dream was a reality. From the website…

To bring nature indoors, four feet of earth was left bare between the edges of the living space and the walls. Into the soil, which borders the rooms on the inside, Mrs. Quigley planted flowering, tropical plants that grow up to the second story ceiling. The plants are over 65 years old now.

Stones that Mrs. Quigley began collecting as a girl assumed an important part of the house. Working tenderly for three years, Mrs. Quigley covered the outside walls with a collection of fossils, crystals, arrowheads and stones selected from the creek beds for their beauty. A perennial garden surrounds the house.

The inside of the house is a collection of family antiques and mementoes that express Mrs. Quigley’s love of nature. Especially spectacular is the “Butterfly Wall” that is beyond imagination.

2. The garden is full of rock sculptures 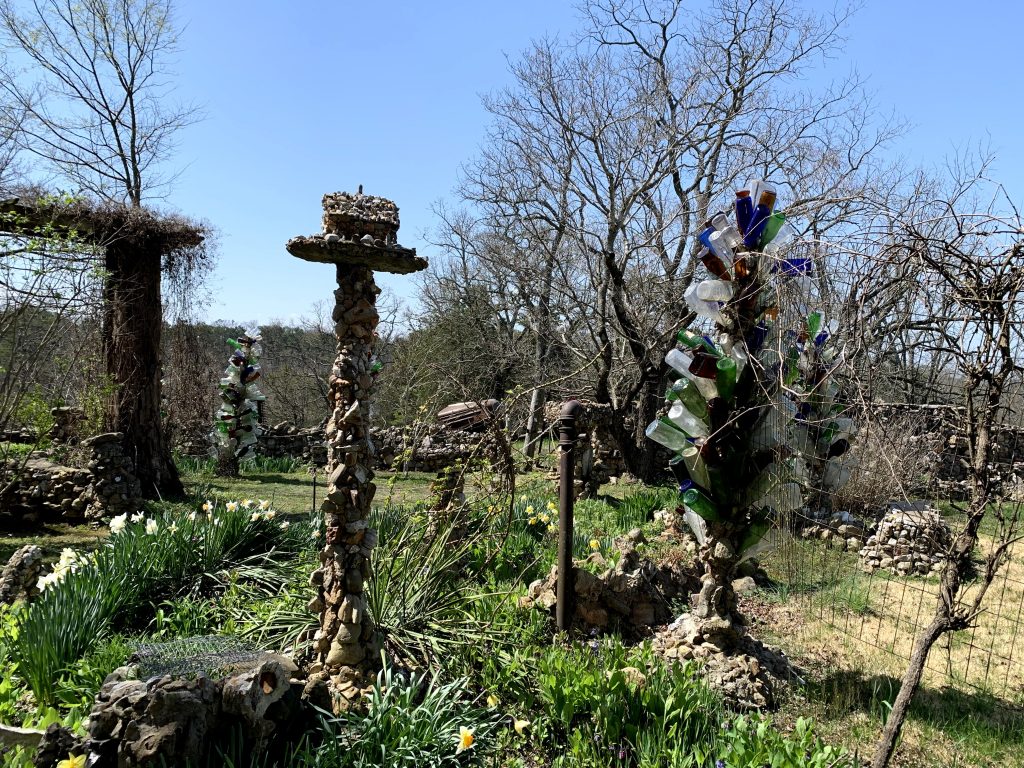 Elise had been collecting Ozark rocks since she was young. As a result, she had a lot of material to work with. Around the garden, you’ll notice arches, seats, birdbaths, birdhouses, pots and more all created by Elise with the rocks she collected.

More decor can be found inside, including Elise’s writing desk.

3. The indoor plants look good from any view 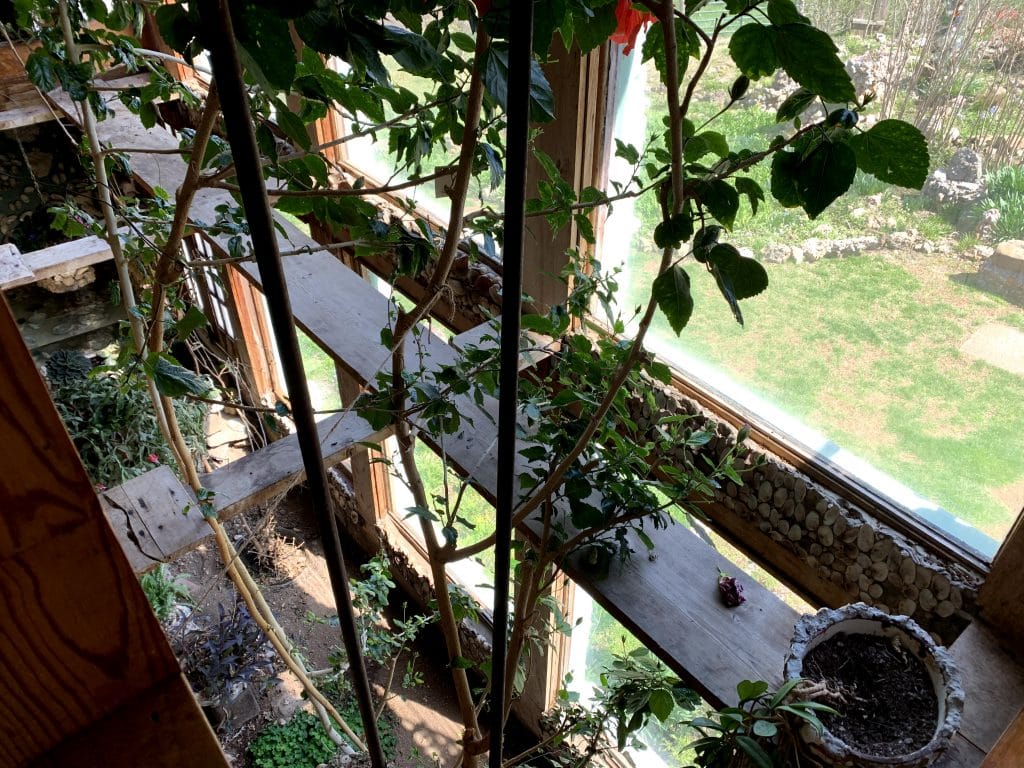 Can you believe the plants inside Quigley’s Castle are over 65 years old?! I can’t even keep a cactus alive for more than a week.

Because the gap in the home extends to all levels, you’re able to truly appreciate the climbing plants from all angles. On the first floor, they are truly impressive to take in. Once you reach the second floor, it’s exactly like Elise hoped it would be. You really do feel like you’re living in nature!

4. The butterfly wall is a work of art 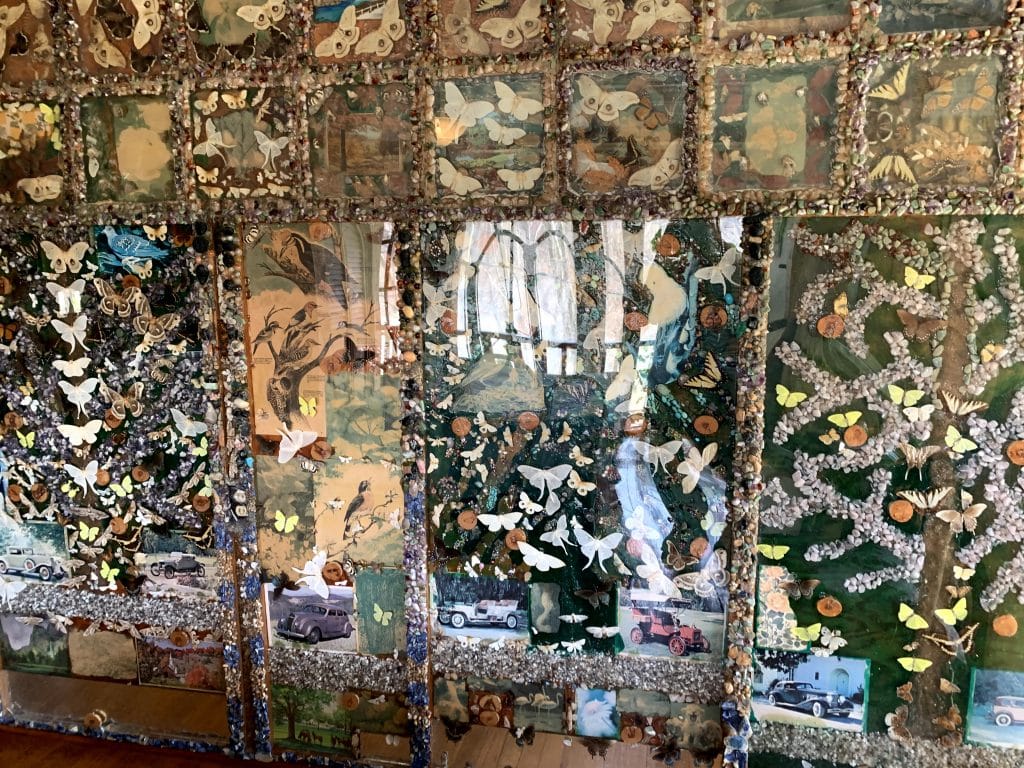 The butterfly wall was a pet project of Elise’s, and it adds a remarkable touch to the home. She spent years putting this piece together to reflect her love for the nature she surrounded herself with.

This wall is located inside her bedroom, where you can also catch her decorated desk and a beautiful view of the gardens below from the windows.

5. It really is unlike any home you've ever seen 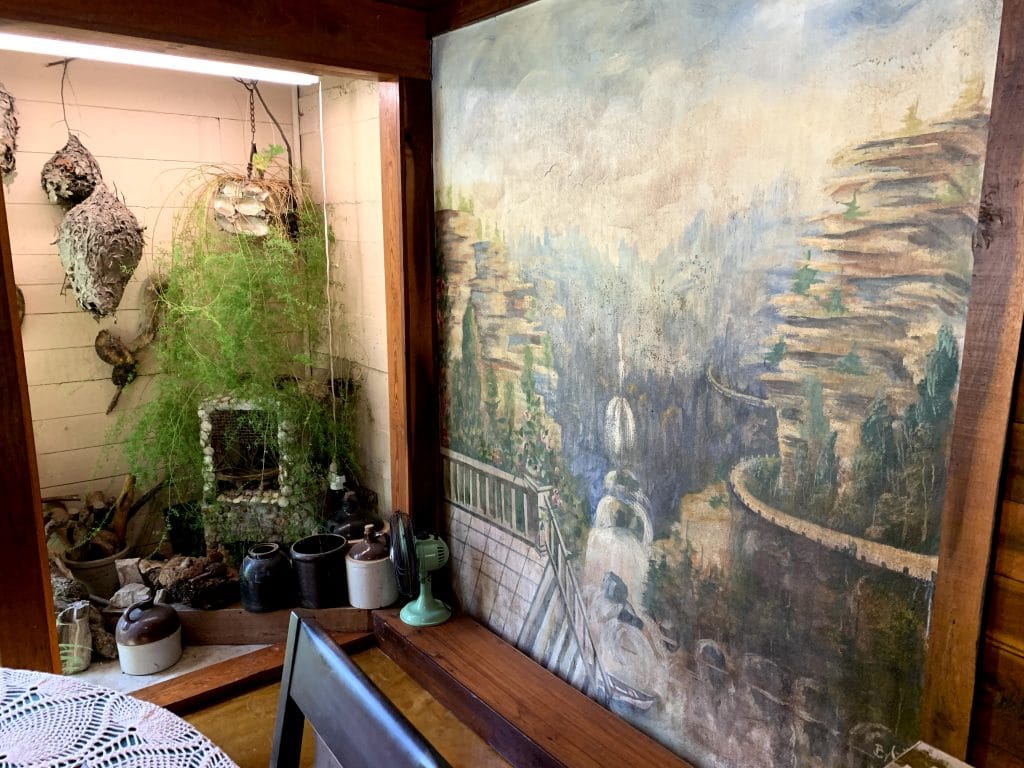 Quigley’s Castle is wildly different from any historic home you’ll tour. Where else can you find plants climbing the walls, a collection of butterflies or Ozark rocks used to sculpt a garden?

Everything down to the details is fascinating, and the Quigley family works hard to preserve the charm. Like I mentioned earlier, hergrandchildren even run the tours, so everything feels very thoughtful.

If you’re ever in Eureka Springs, give Quigley’s Castle a visit! You’ll be glad you did! 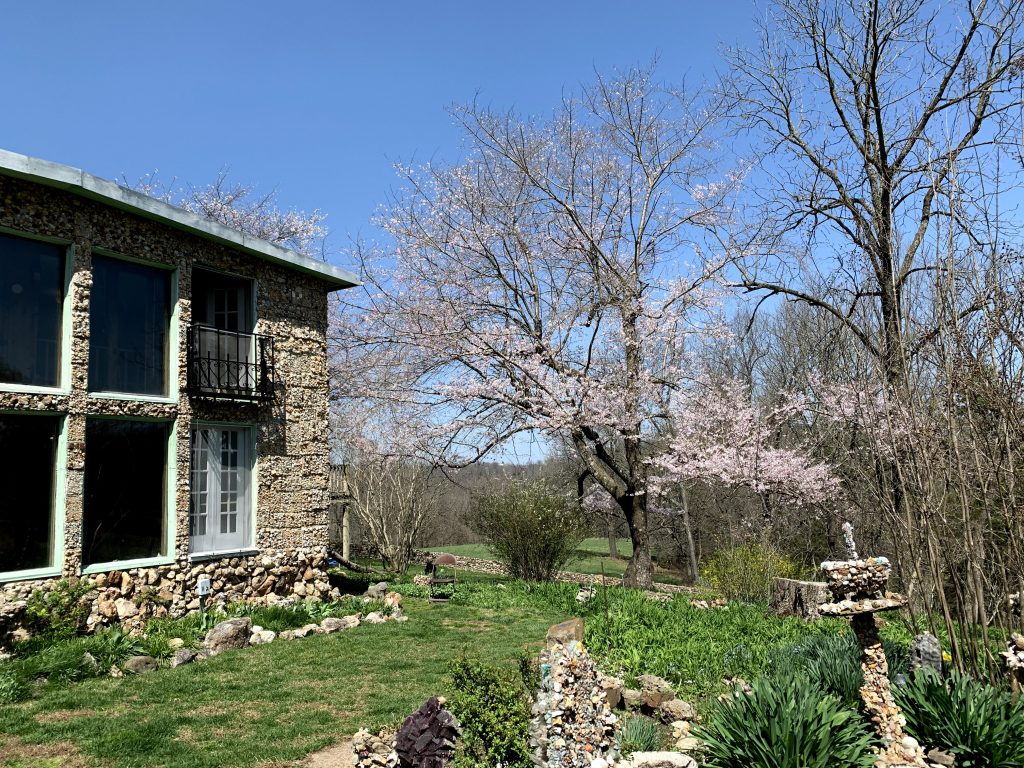 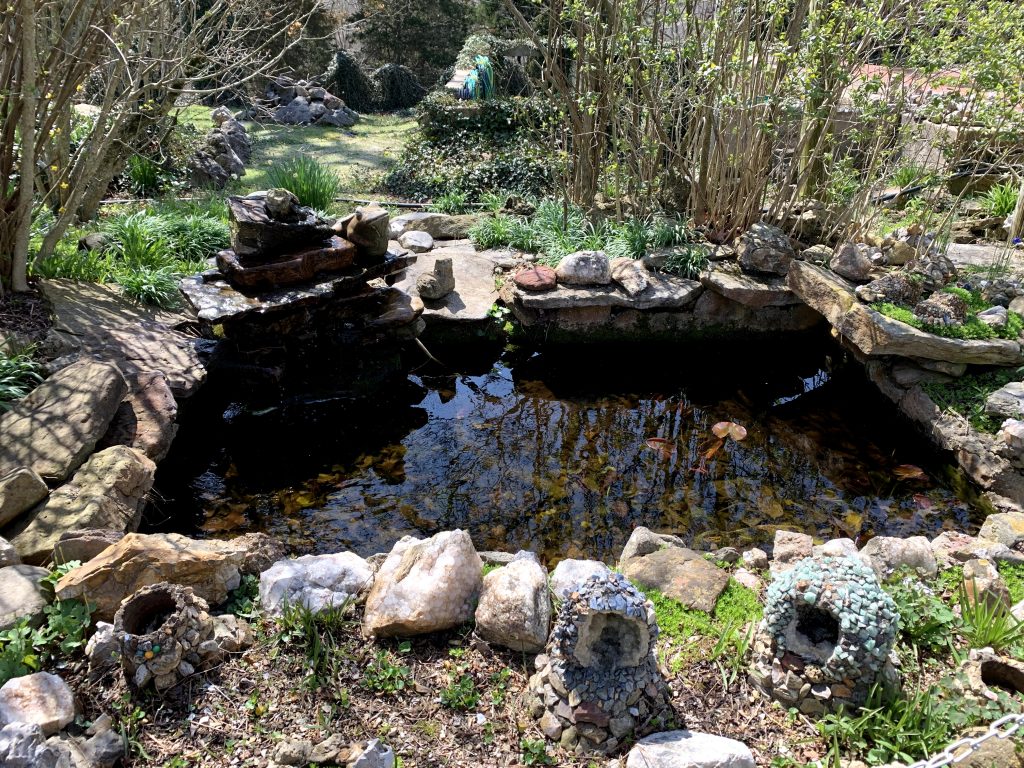 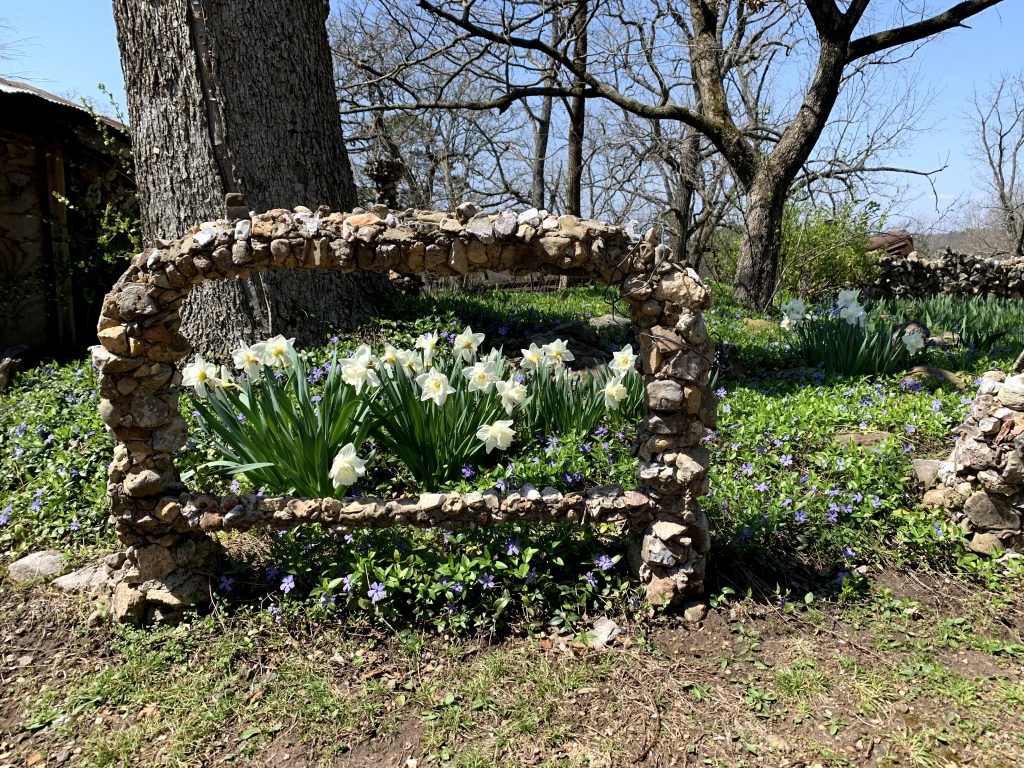 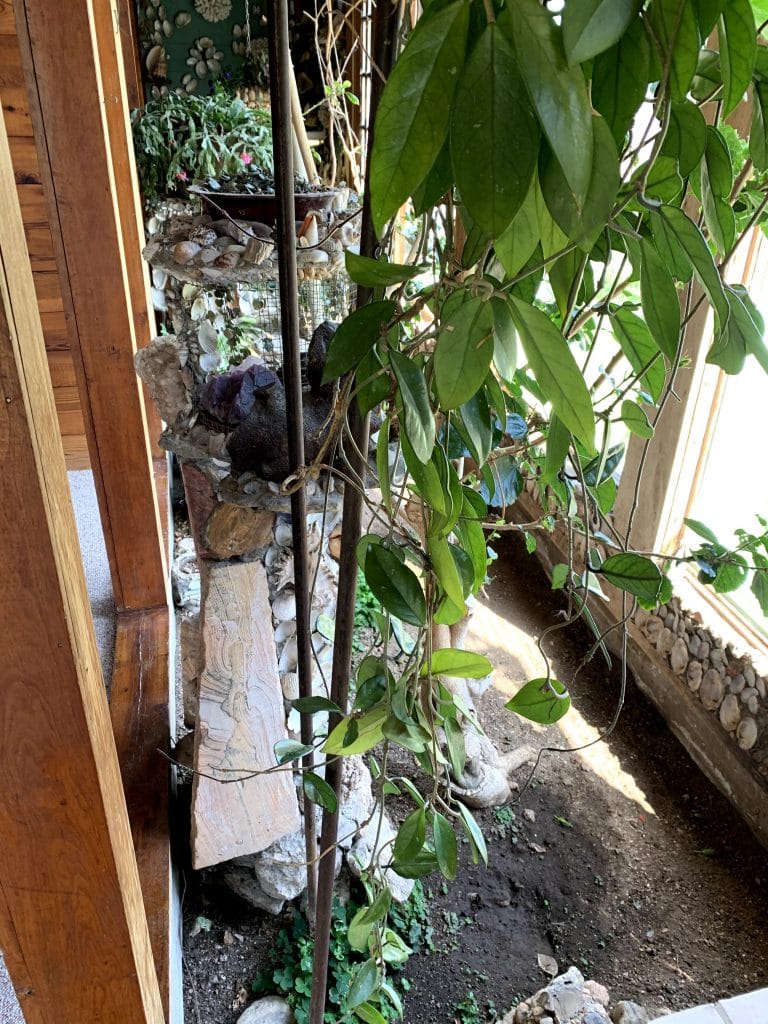 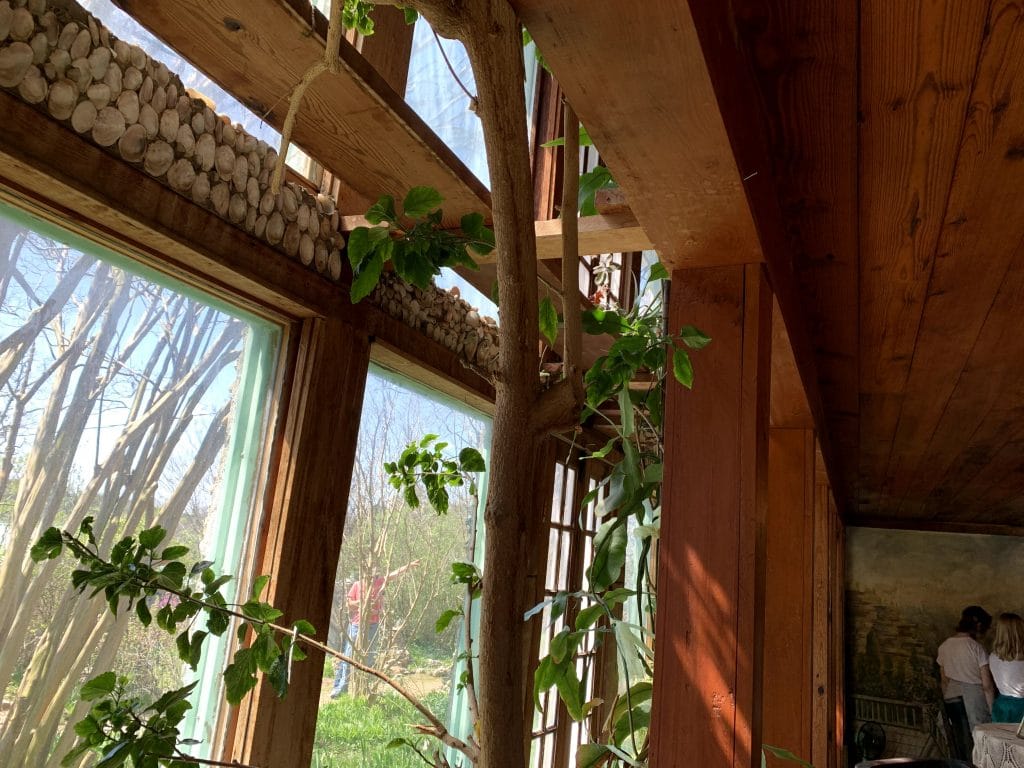 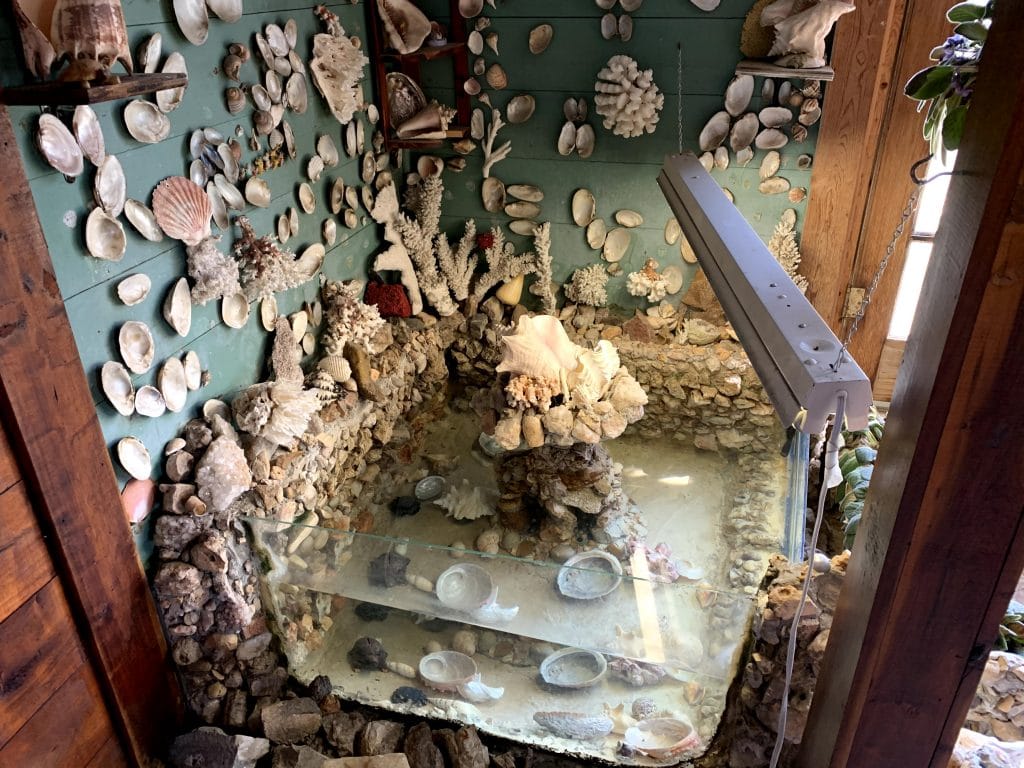 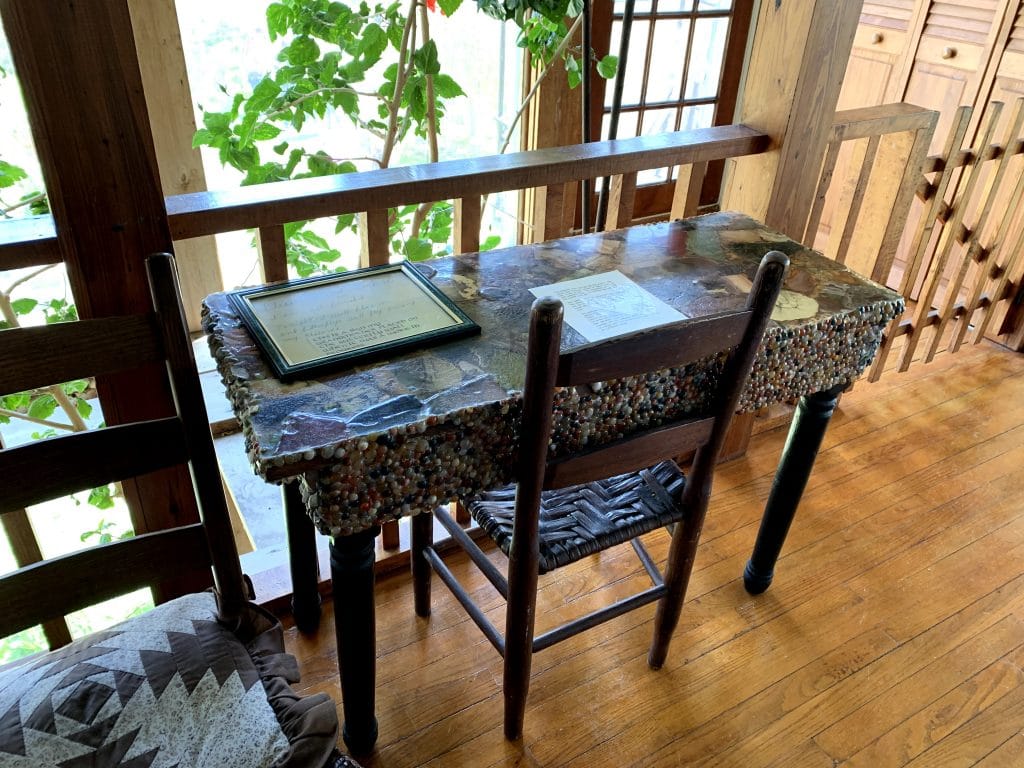 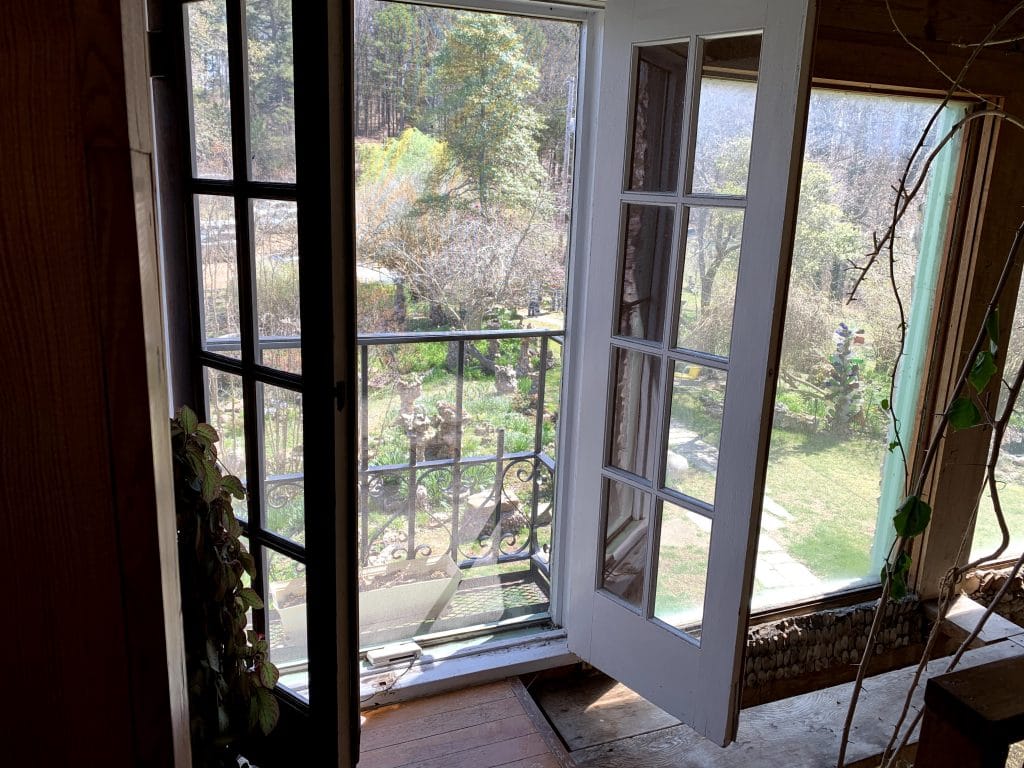 Did this post inspire you to visit Quigley’s Castle? Let me know down below! 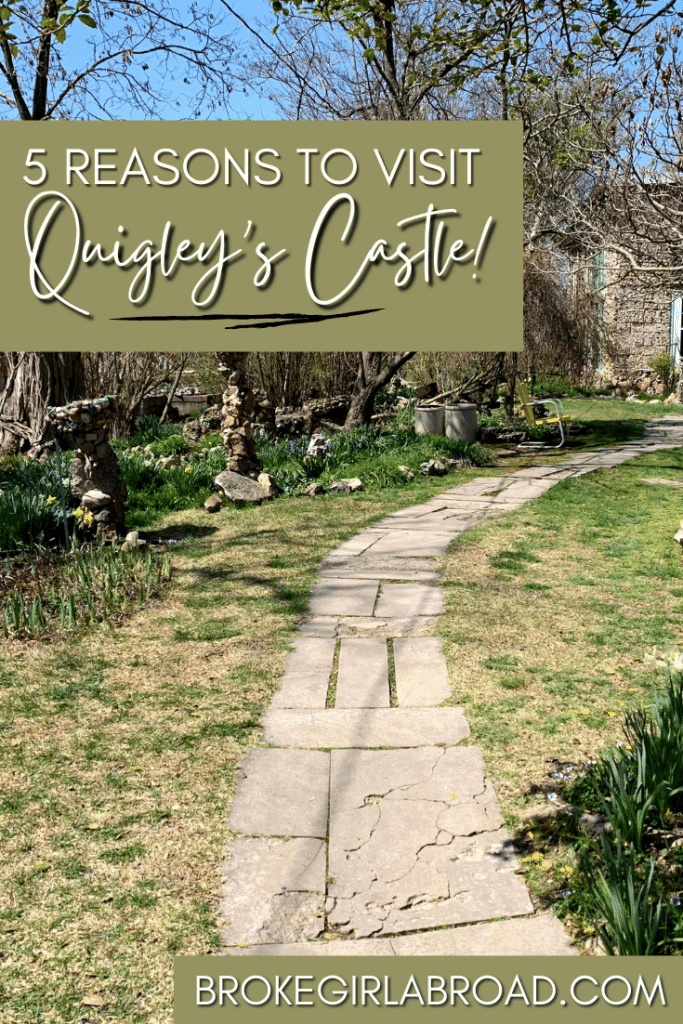