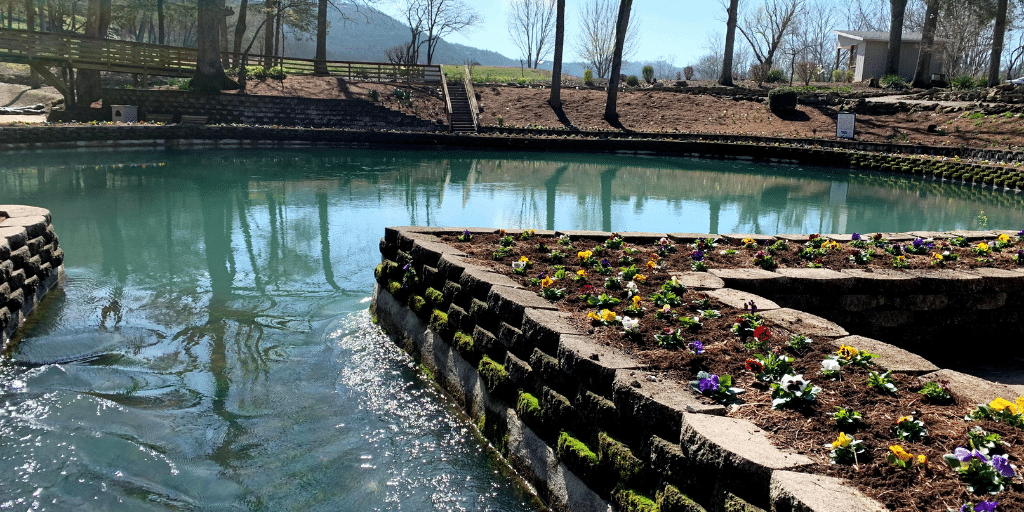 If you’re looking for things to do in Eureka Springs, I can’t recommend Blue Spring Heritage Center highly enough! This beautiful nature trail is a perfect family outing on a sunny day. 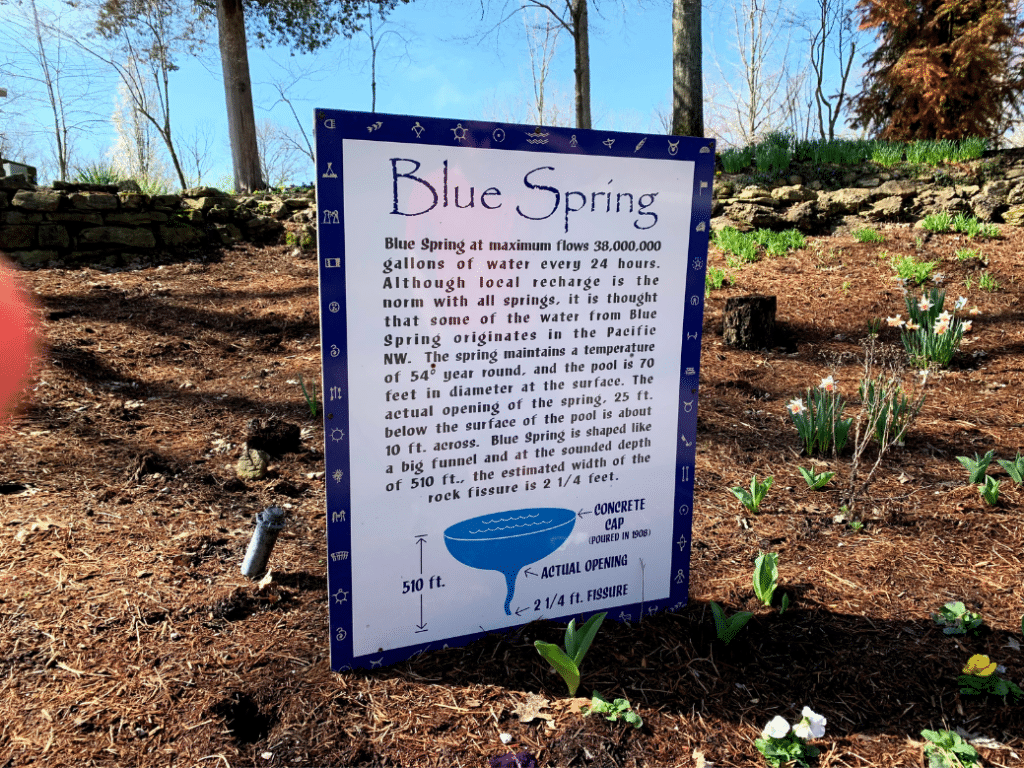 Traveling to Blue Spring Heritage Center is a dive into history. From the official website…

Visit the historic bluff shelter, now on the National Register of Historic Places. Walk on ground that nurtured the Cherokee people during the Trail of Tears. Connect with the natural beauty of our many native gardens. See the power and wonder of Blue Spring, pouring 38 million gallons of cold, clear water each day into its trout-filled lagoon.

How to Get to Blue Spring Heritage Center

The Heritage Center is about a 16 minute drive from downtown Eureka Springs.

Before you begin touring the area, spend some time in the Visitor’s Center. There’s a film constantly playing that will take you through the history of the Blue Spring Heritage Center.

It began as a trading post for the Osage tribe. Later in 1839, Blue Spring became a site for respite during the Cherokee people’s forced march from Echota, Georgia. The film will walk you through the historic significance and point out sites you’ll see along the trail.

In addition, there’s also a mini museum full of neat artifacts on display. Definitely not something to skip over. 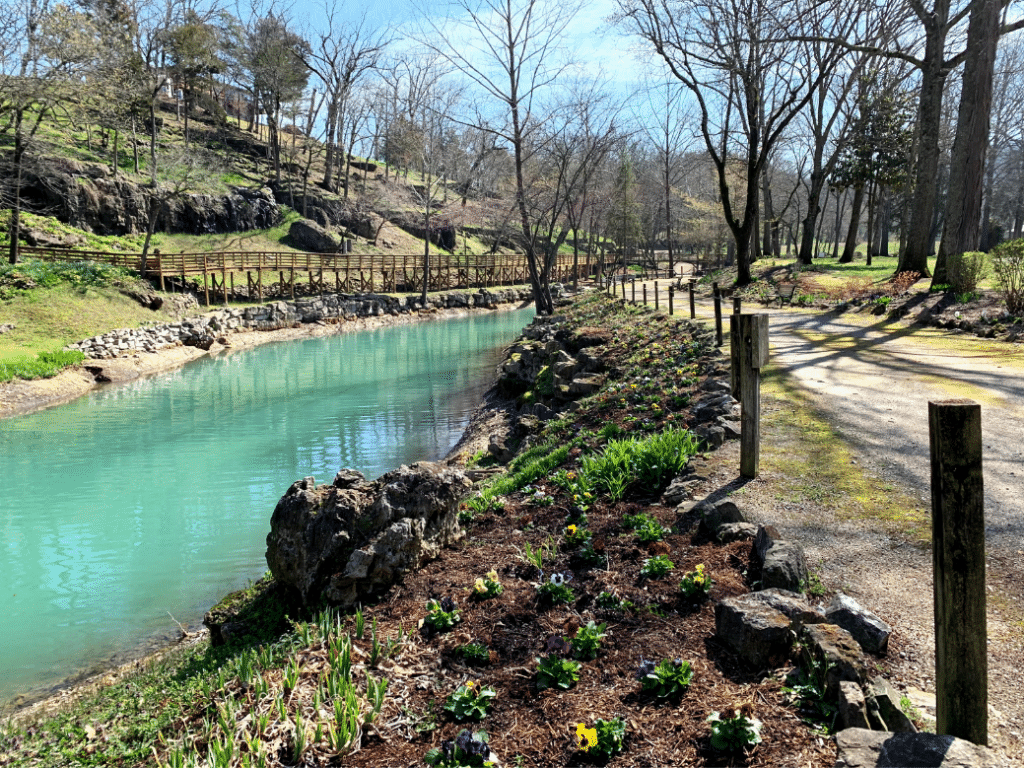 There’s roughly a mile of trail to walk through at Blue Spring Heritage Center. It’s handicap accessible and something is always in bloom.

If you’re hoping to see a specific plant, check out the Center’s website that tracks the cycle of flowers along the trail. 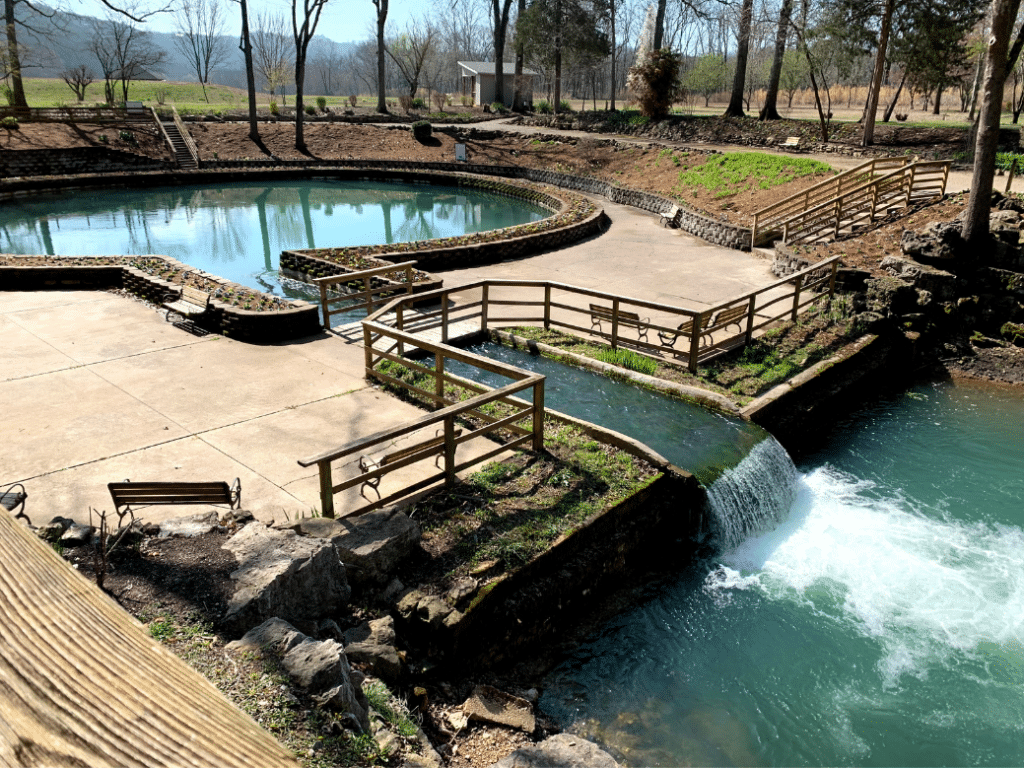 The spring itself is beautiful. You can get up close and personal, even feeling the cold, clear water.

Every day, the spring pumps out 38 million gallons of water into the area. If you enjoy rushing water ASMR, you’ll be in your element. 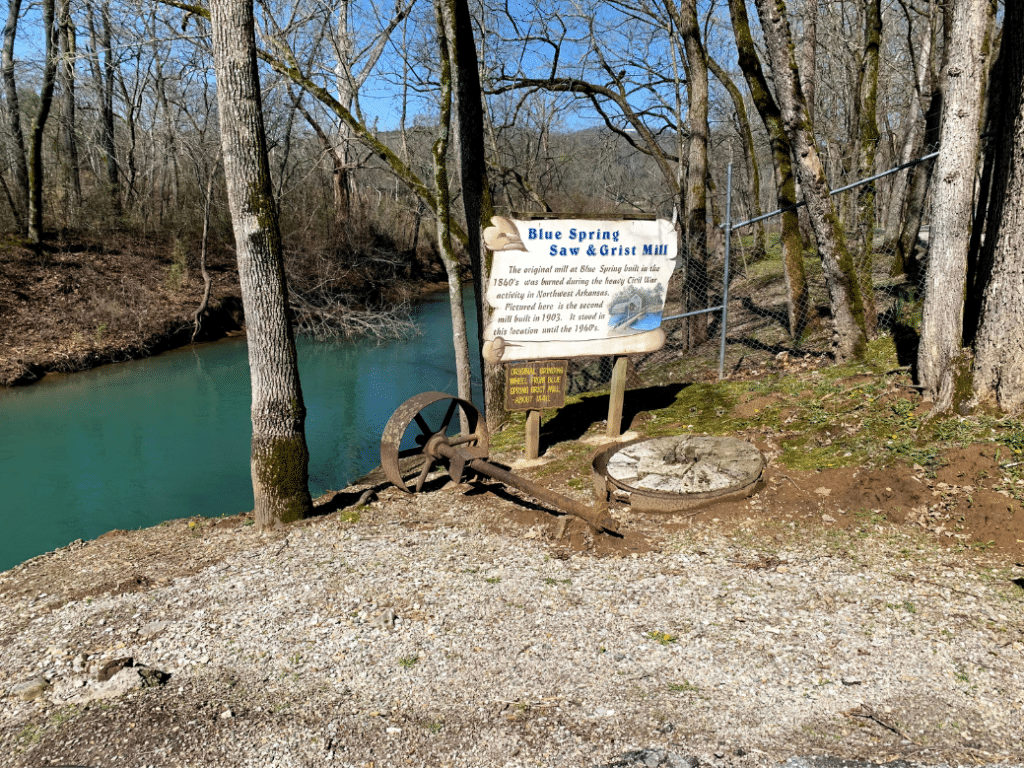 The spring itself is beautiful. You can get up close and personal, even feeling the cold, clear water.

Every day, the spring pumps out 38 million gallons of water into the area. If you enjoy rushing water ASMR, you’ll be in your element.

The Birds of Blue Spring Birdwatching is a fun time in Blue Spring Heritage Center, but I think the best part of the area are the helmeted guineafowls. They are… so stupid. So wonderful and stupid. They eat ticks, are loud as hell and fear no humans. They’ll walk right up to you. Nature is amazing. 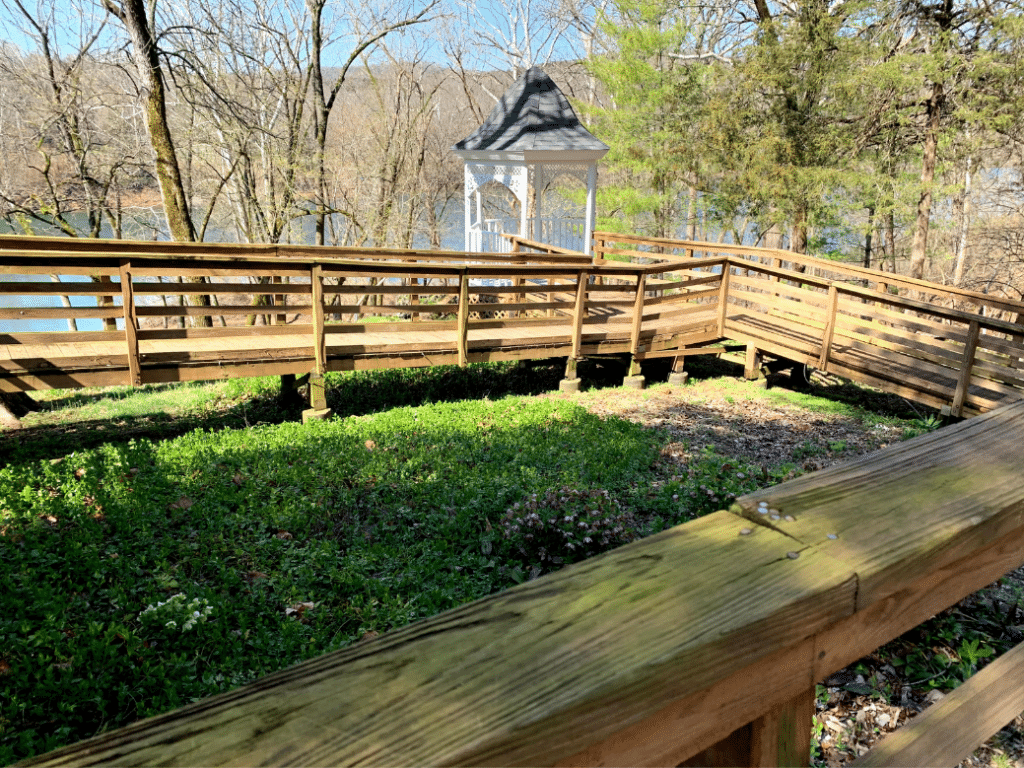 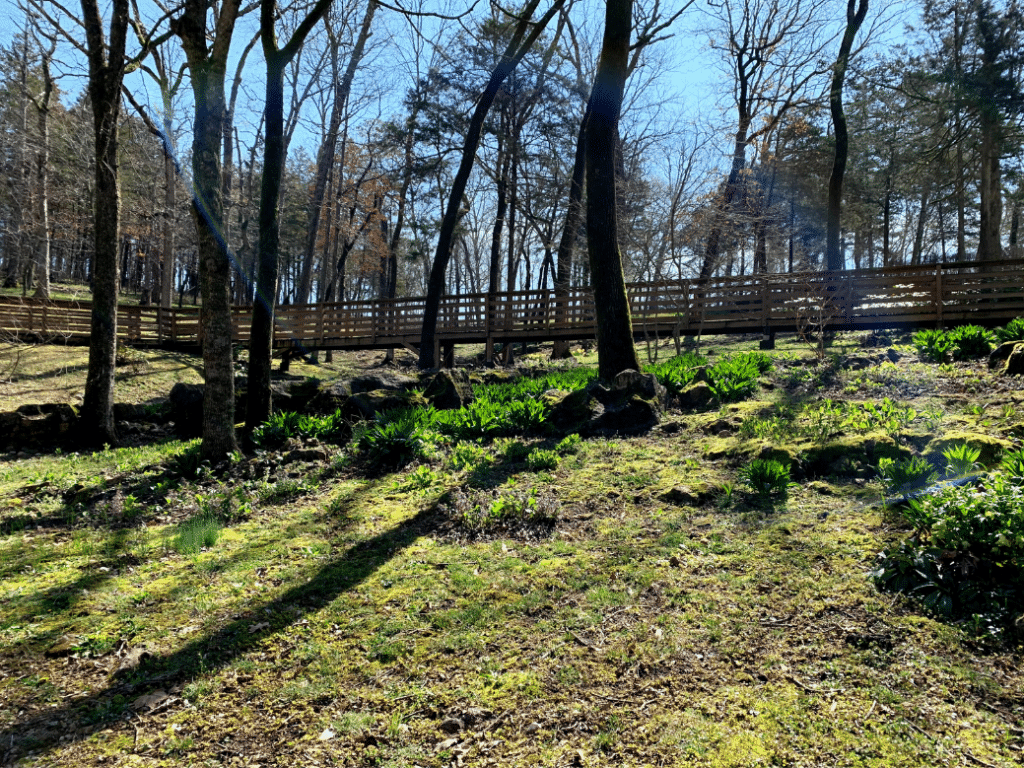 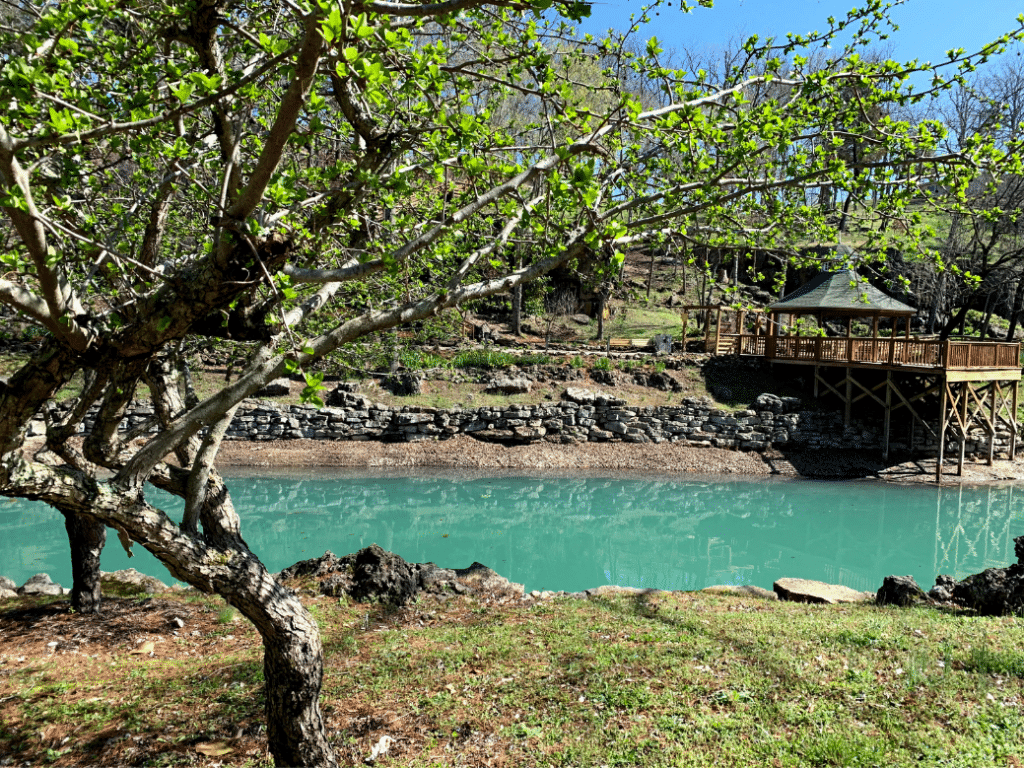 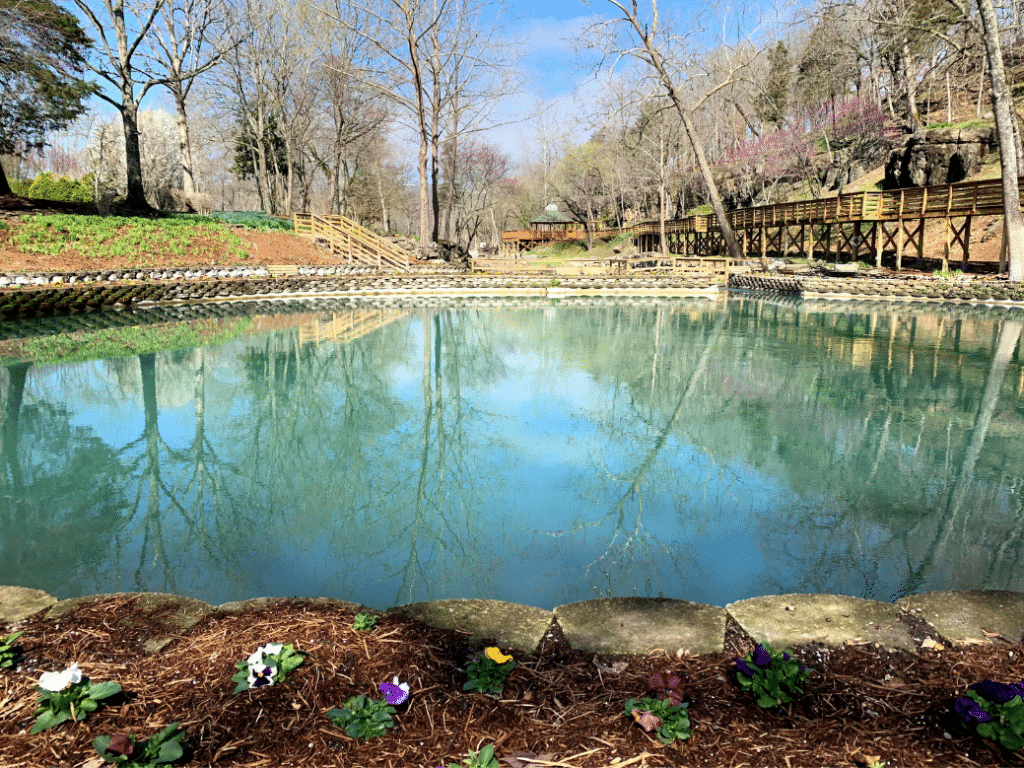 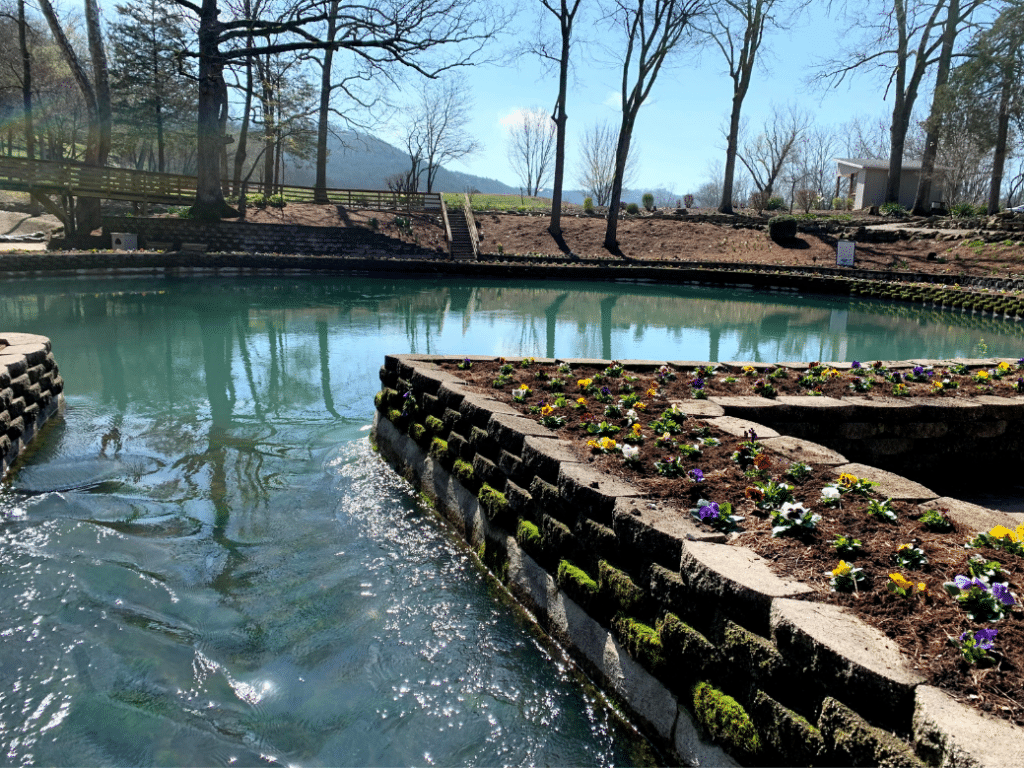 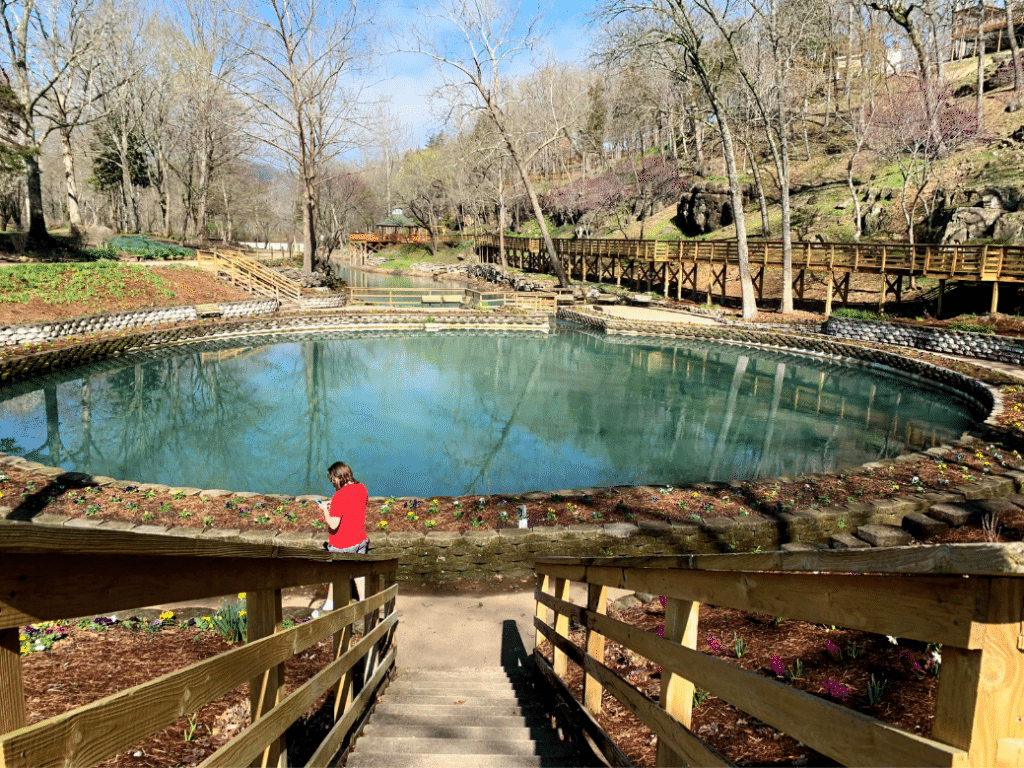 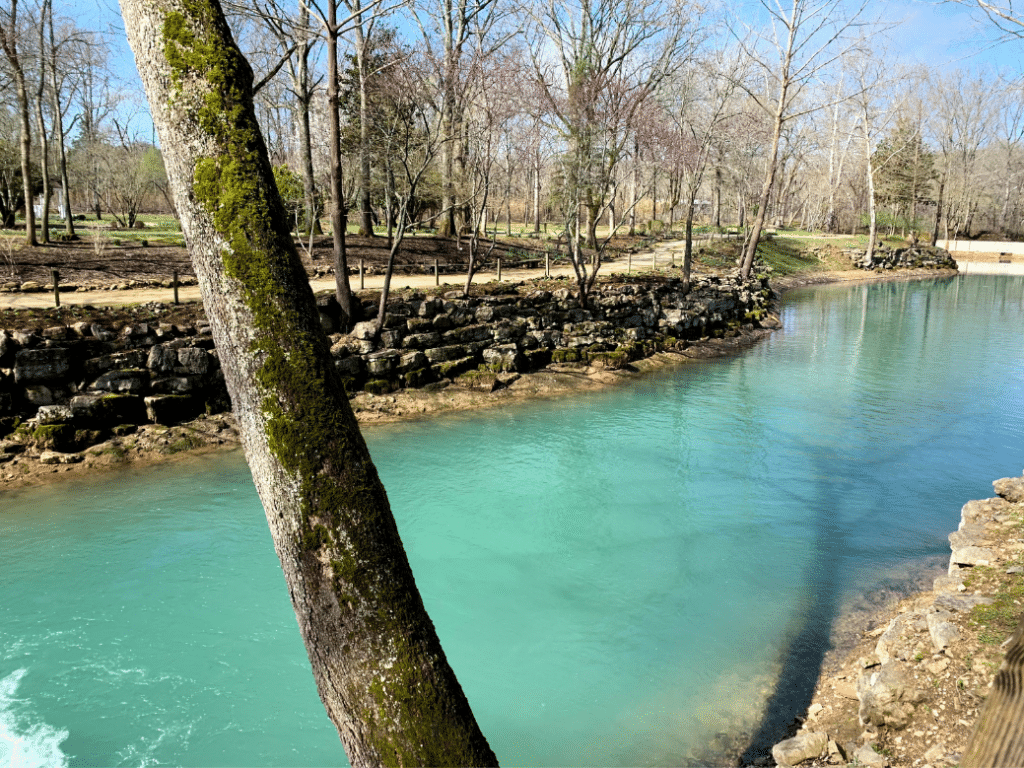 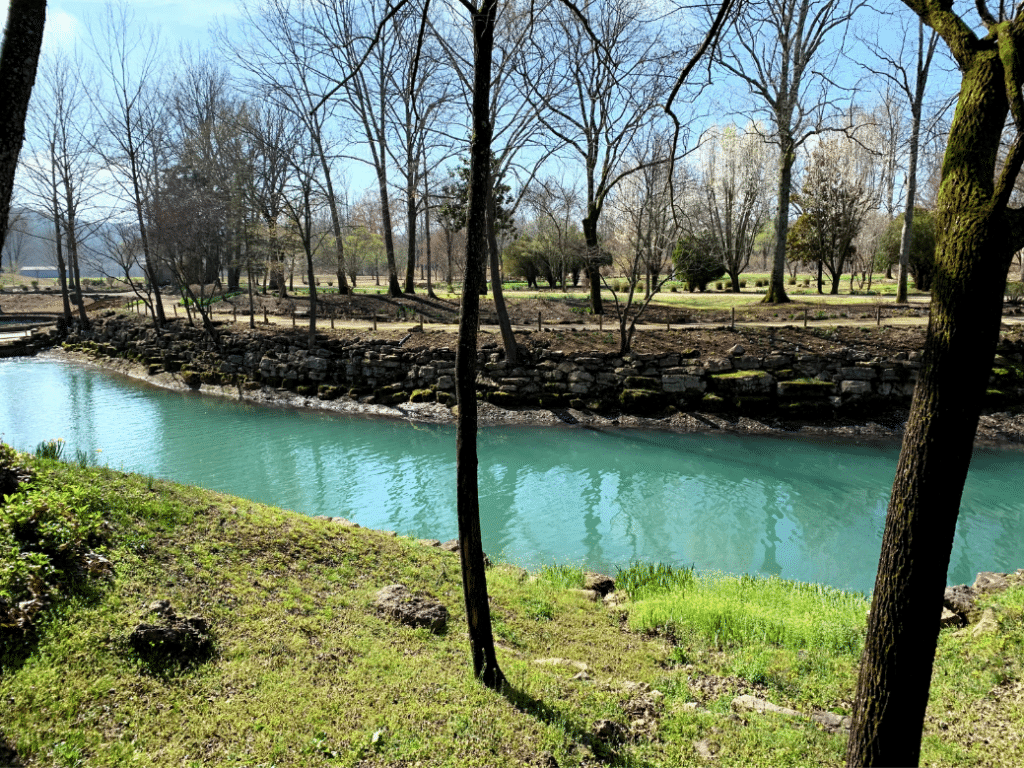 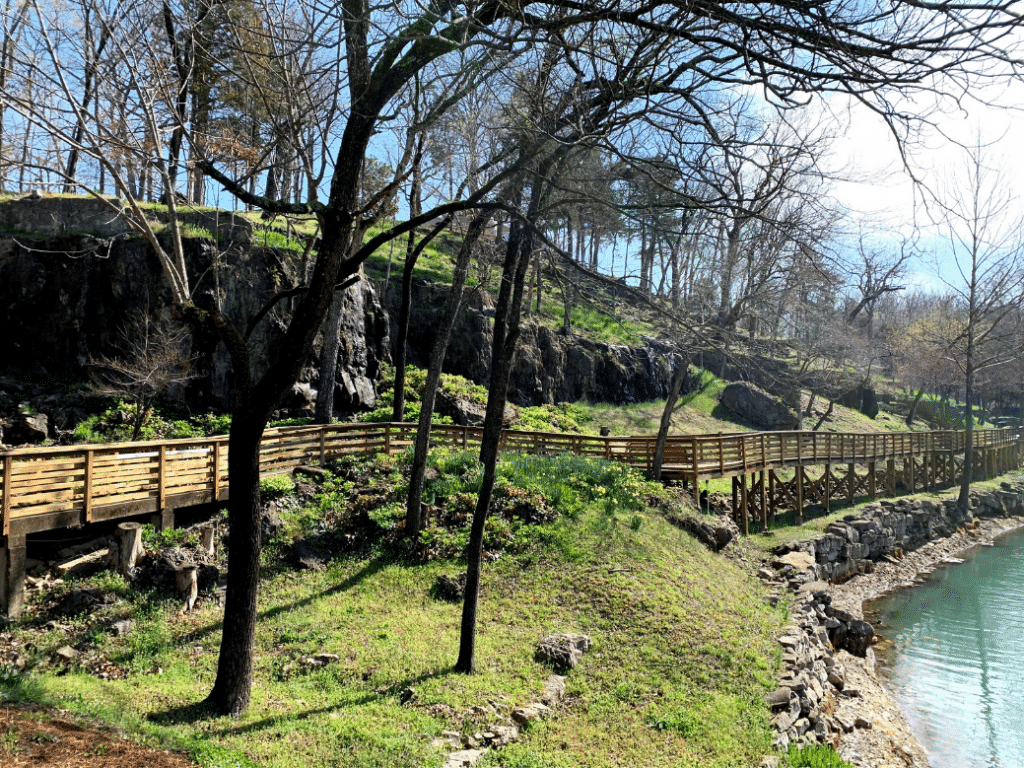 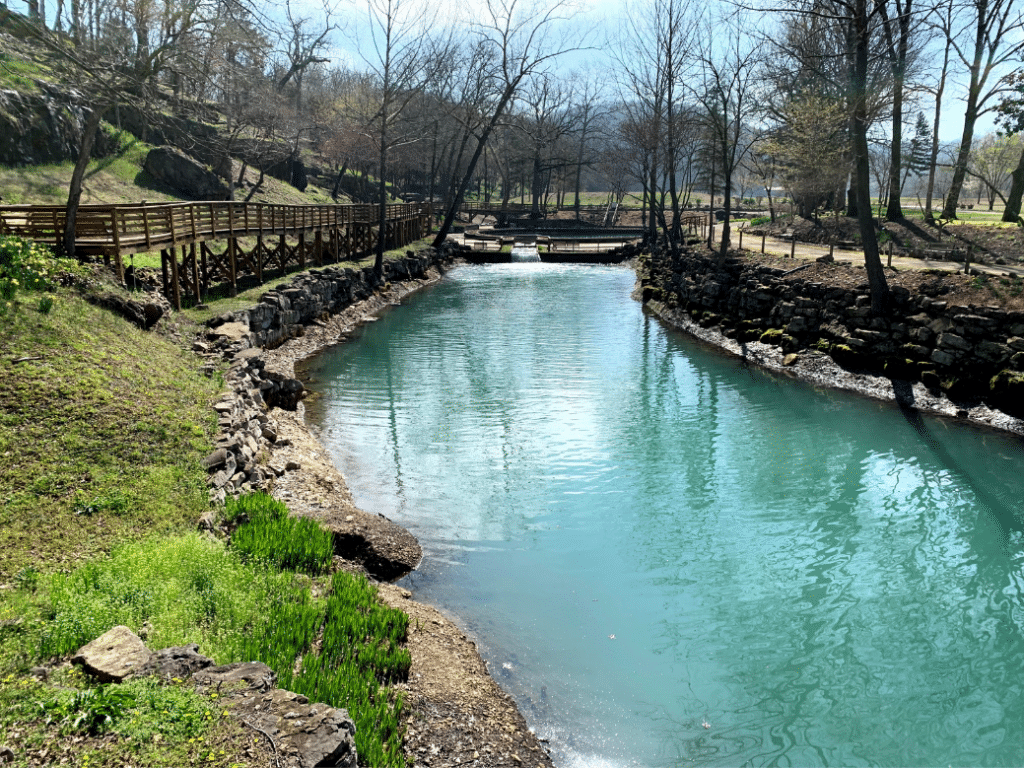 Did this post inspire you to visit Blue Spring Heritage Center? Let me know down below! 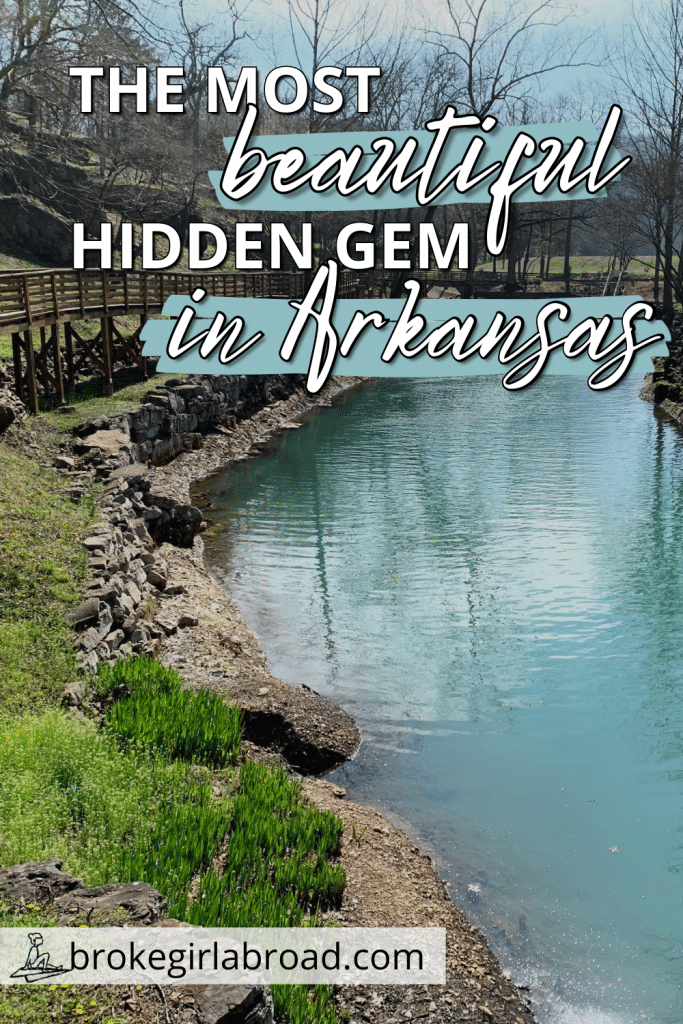 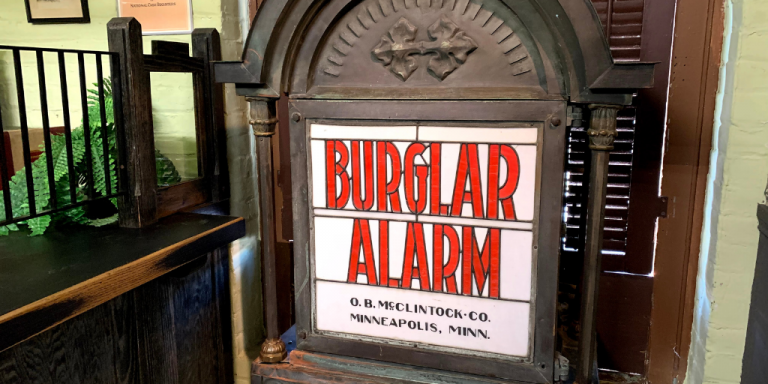 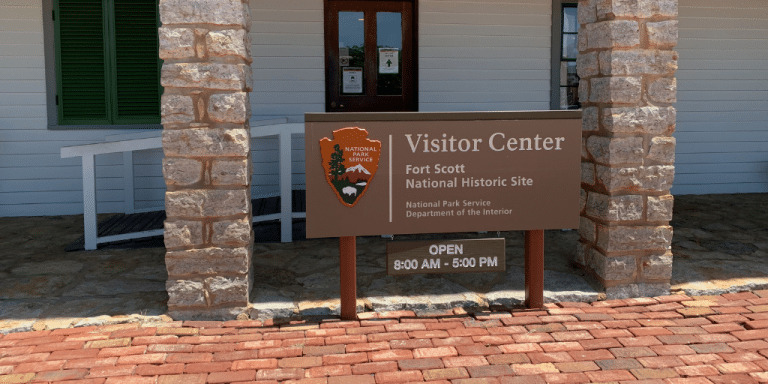 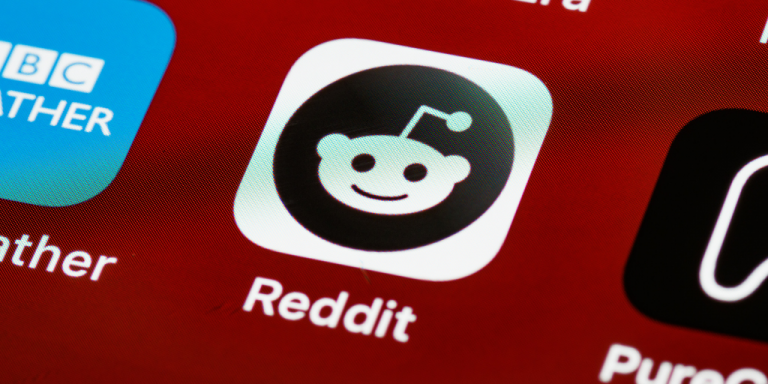 Join my monthly newsletter and I'll send you nearly $100 worth of coupons — just for signing up!

Want FREE travel content you can take with you?