How to Visit Manuel Antonio National Park: Everything You Need to Know 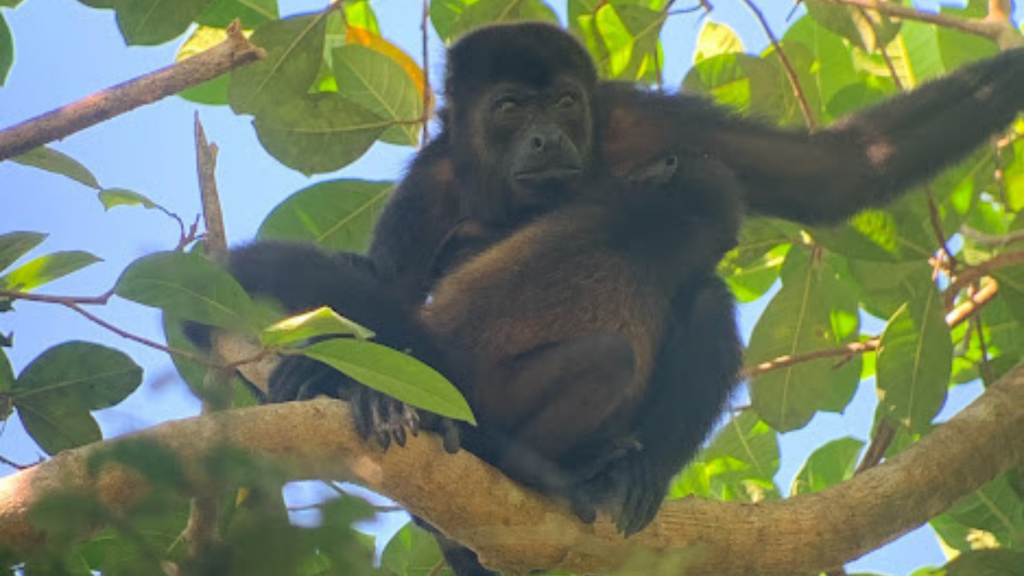 It’s hard to find a more magical and biodiverse place than Manuel Antonio National Park. It’s Costa Rica’s smallest national park, and one of its best.

Here’s everything you need to know before you visit Manuel Antonio National Park! Let’s go!

Saturdays are as busy as it gets. If that’s your only day to visit, aim to go as early as possible. In general, the most crowded hours are from 11 a.m. – 2 p.m.

While visiting in the dry season (December – April) gets you better weather, it’s also going to be the most crowded. The park is a series of several paths about the length of a boardwalk. It can get cramped pretty quickly.

This ticket is a one-time entrance. If you exit for lunch and decide to return, you’ll have to pay another $16.

How to Get to Manuel Antonio National Park There’s only one entry/exit in the park. It’ll get congested as the day goes on, so budget in a bit of waiting time.

The public bus system runs from Quepos to the National Park and back. If you’re going from Quepos, it’ll take you about half an hour. There are stops along the way if you’re much closer to the park. Bring change, it costs less than $1 for a bus ticket. They depart roughly every half hour, from 5:45 a.m. – 9 p.m.

Taxis are everywhere. You’ll want a red vehicle with a yellow triangular logo. Make sure you agree on the rate; there are meters but some drivers don’t use them. If you’re going from Quepos to the park, expect to pay about $8.

If you’re using a guided tour, consider asking if they do hotel pickups. Most do or include them in the price.

If you do have a rental car, don’t even try driving there. There’s no parking. It’s not worth it. The entrance to Manuel Antonio National Park is absolutely bustling with activity. You’ll find hotels next to hostels, street vendors next to restaurants. It’s absolute chaos. I love it.

What to Bring to Manuel Antonio National Park 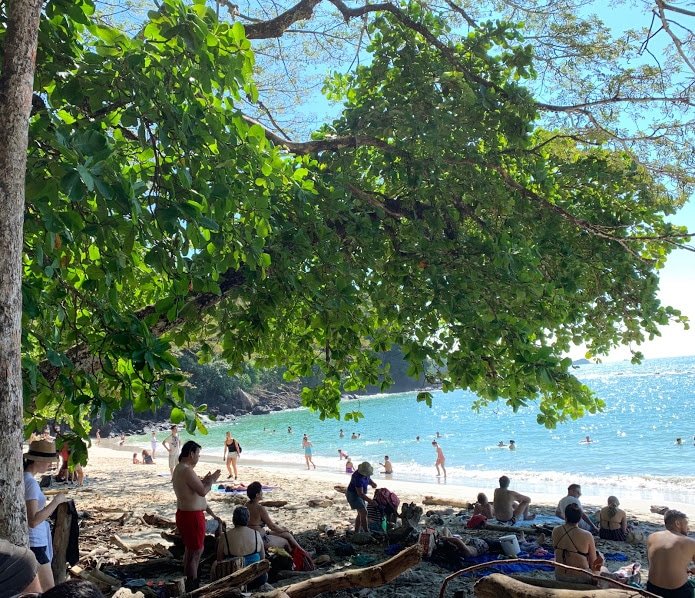 No food is allowed. No umbrellas, either. There’s a small cafe in the middle of the park where you can grab snacks and a light lunch.

Opt to bring a water bottle, sunscreen, bug spray and a swimsuit if you’re so inclined to take a dip in one of the park’s beaches. Sunglasses and/or a hat are also a good idea.

As far as clothing, I’m a fan of light, moisture-wicking outfits that won’t weigh me down. Tennis shoes will be just fine.

As a bonus, the park is wheelchair accessible, thanks to the boardwalk paths! 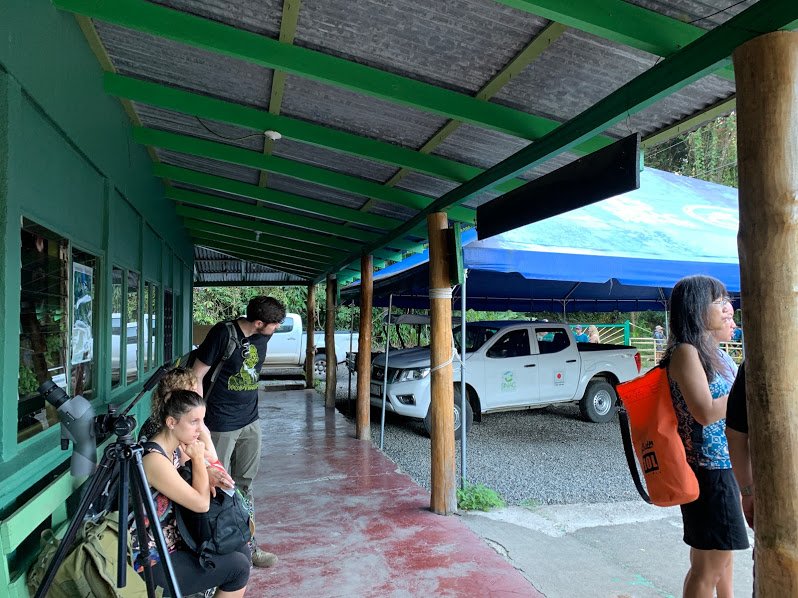 When you arrive at the entrance/exit there’s a ticket office to your left and a bathroom to your right.

Get your ticket scanned, and you’re on your way! There are five trails through the park. All are well marked and will lead you to some beautiful scenery. 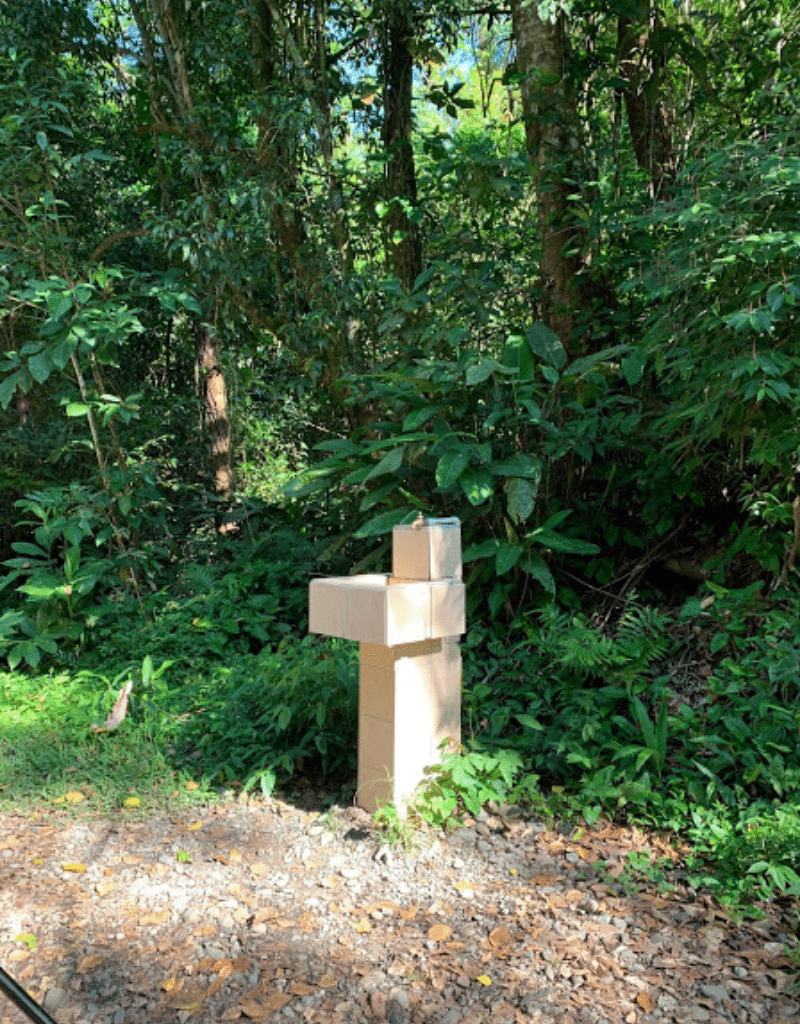 Throughout the park, there are water fountains like these for you to fill up. 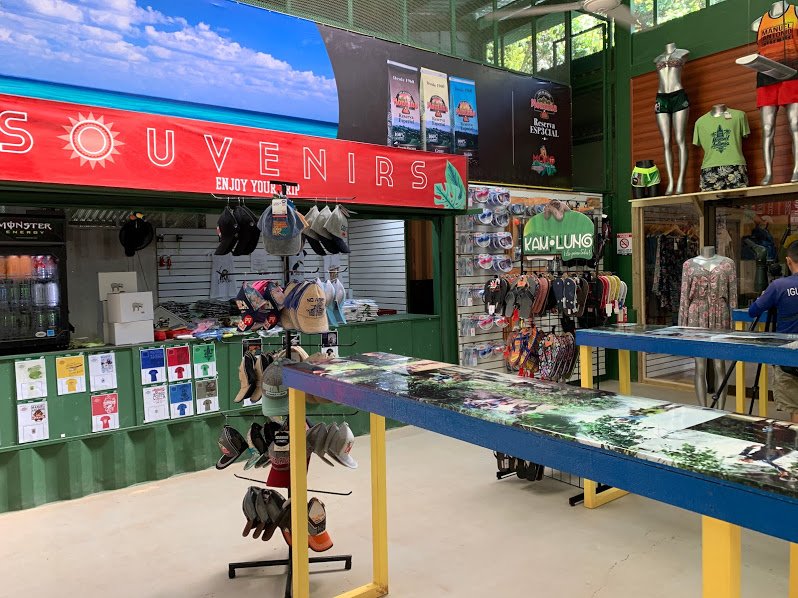 The cafe has food, water and souvenirs for purchase. Nearby are restrooms and showers. 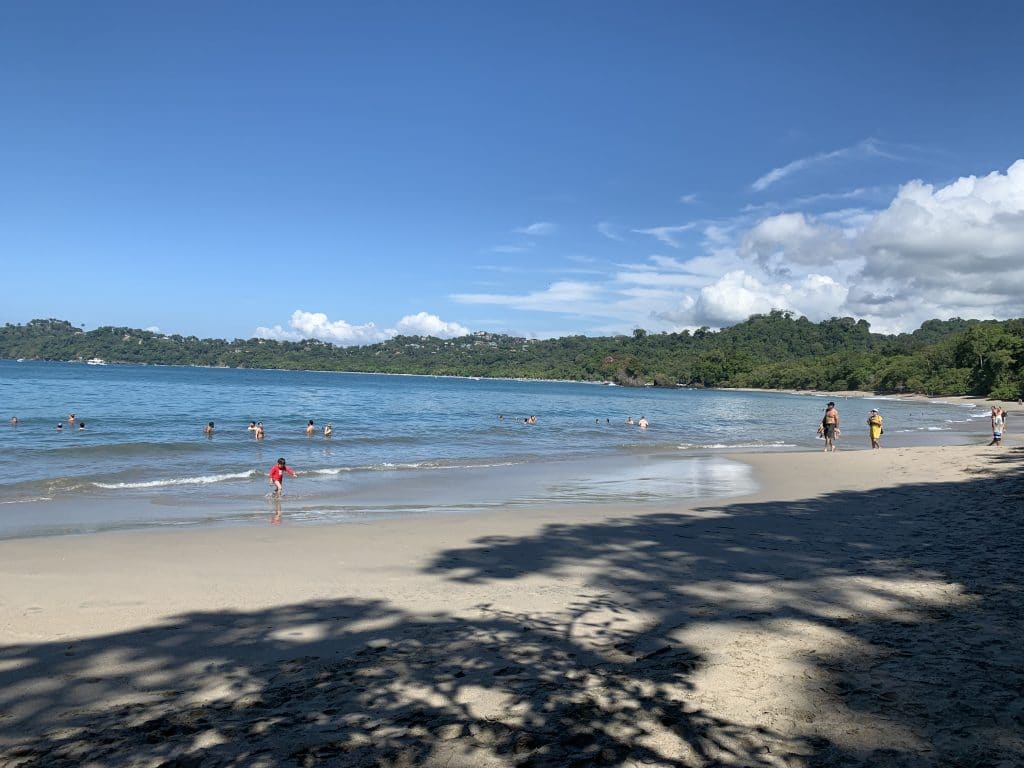 There are three beaches in this park. All are exceptional. 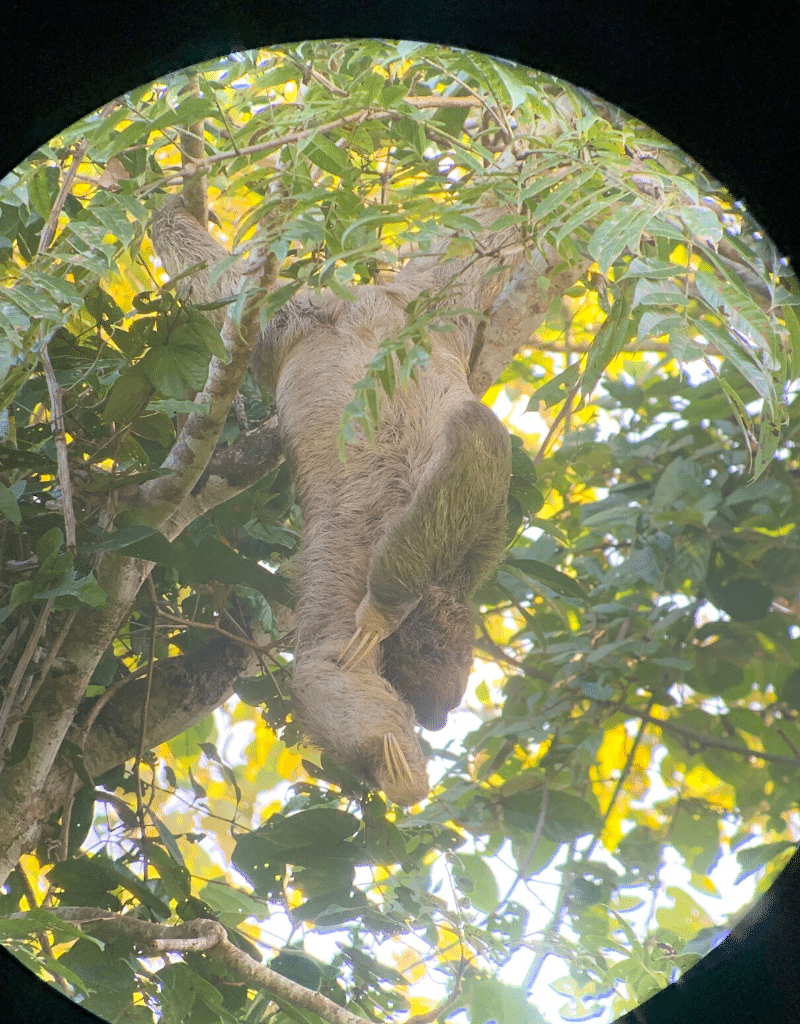 As soon as you enter the park, you’ll likely encounter sloths and Capuchin monkeys. This is where having a guide comes in handy. Capuchins are in abundance. Sloths can be a bit more challenging to spot. A good guide can point them out and will usually have a telescope on hand for the best views. 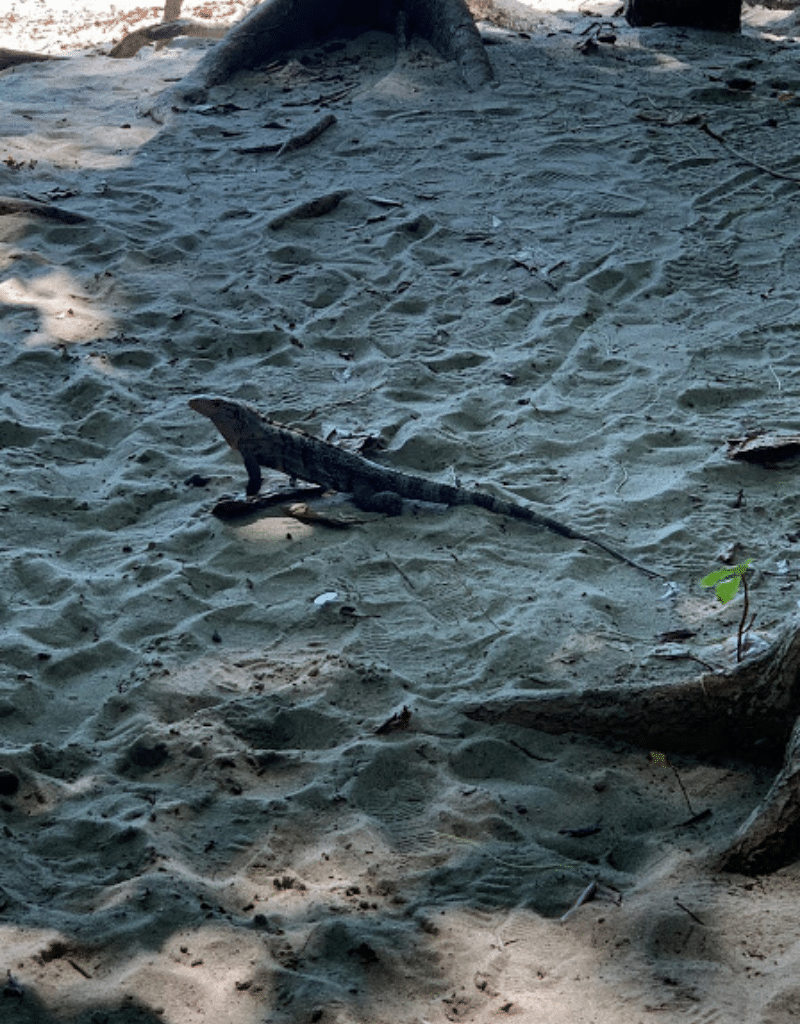 The further you go, the more animals you’ll find. Iguanas, bats and the prettiest variety of tropical birds.

It’s easy to get overwhelmed by these endearing creatures, but do not feed them. It’s not allowed. And keep an eye on your stuff if you decide to hit the waves. Monkeys have been known to go through visitor’s purses and backpacks in search of a treat. 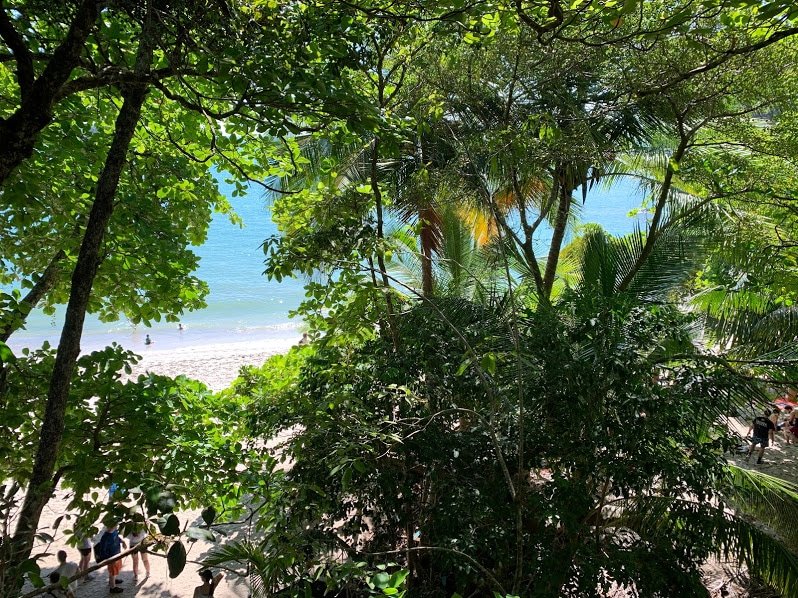 Overall, I’d budget about half a day for this little adventure. That’ll give you enough time to meander through a trail and sit back and relax on the beach. 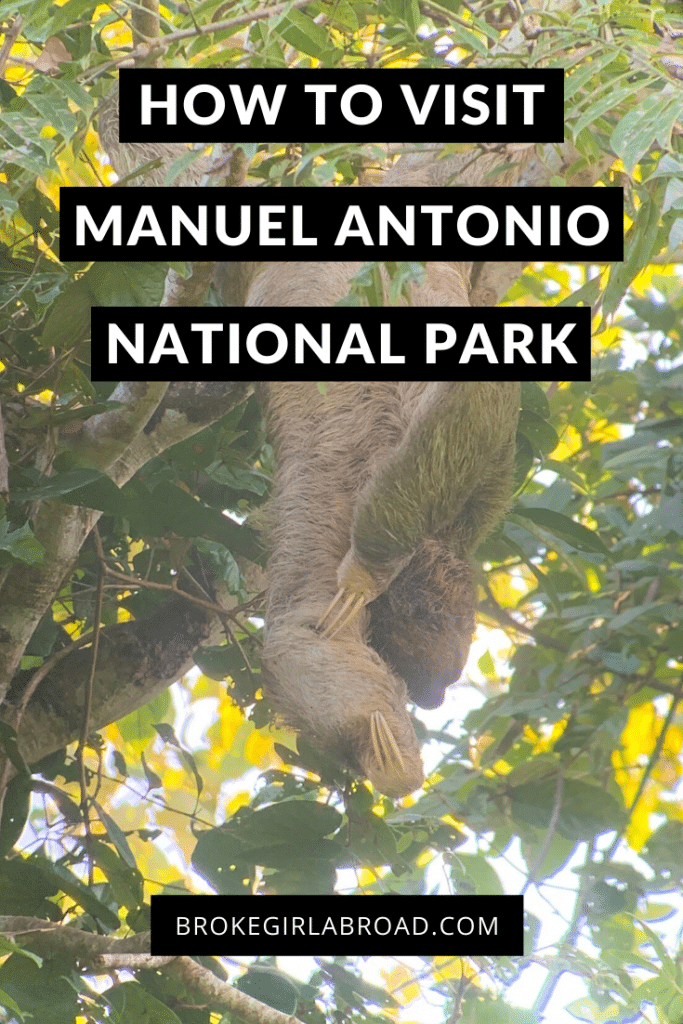