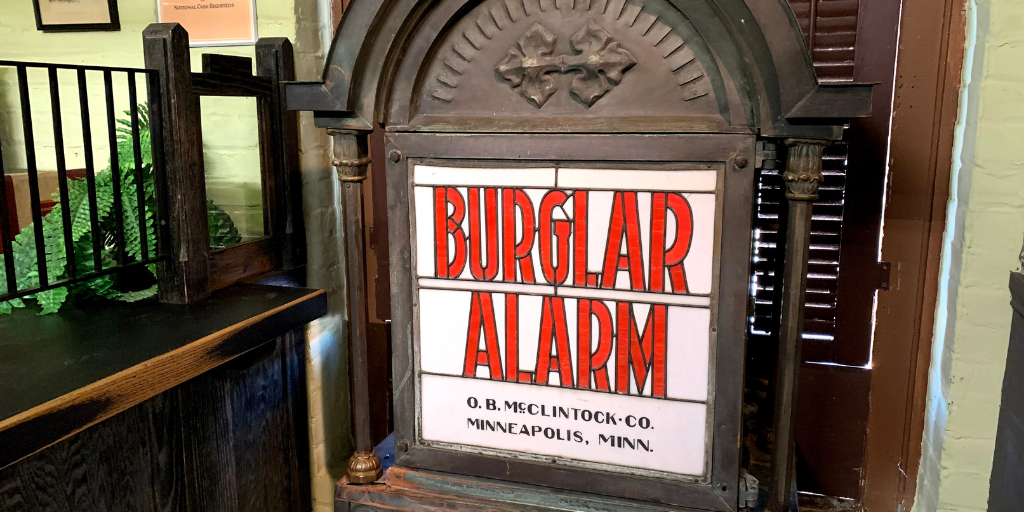 St. Joseph’s Patee House Museum is a difficult tourist destination to describe. What is it, exactly? I couldn’t quite synthesize it all down into just one thing, when the building itself has served multiple purposes since it was built.

St. Joseph’s tourism website lists the many functions the Patee House Museum building has served over the years. Everything from a sanitarium to a women’s college, and all the stories that come with it. 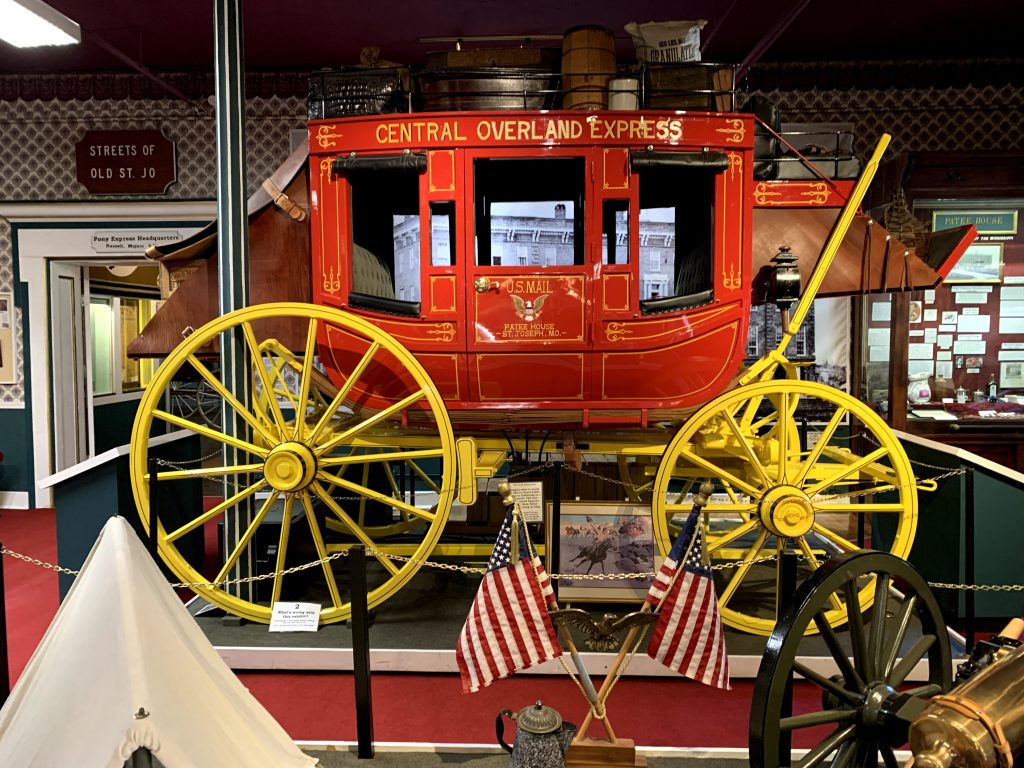 In addition, the Union Army also made use of the Patee House during the Civil War. The Union Army Provost Marshal had his office there and the Army conducted war trials in the second floor ballroom. It was also the headquarters and eastern terminus of the Pony Express. Pony Express operators Russell, Majors and Waddell had their main office, and Pony Express riders stayed at the hotel between runs.

How does a museum contain all of that storied past into one space? Floor by floor and room by room. Each space is designed to immerse you in a different aspect of the building’s history.

It’ll be difficult to get into what is on each and every floor. The short summation is, you’ll have to see it for yourself. True West Magazine named it one of America’s Top Ten Western Museums for a reason. It’s an incredible collection housed in an otherwise ordinary-looking building. If you’re in St. Joseph, give it a go.

But, budget your time accordingly. There’s a lot to see and it can easily eat up a whole day.

First floor of the Patee House

The first floor is my favorite. Every room has a different theme and feature. Starting at the entrance, there’s a staging of the hotel reception area, along with other antiques from the period.

You can also pass through the Blue Room, which has a bit of history on St. Joseph’s famous inhabitants. In the middle of the first floor is a St. Joseph locomotive you can climb aboard. Surrounding it, there’s 1870 Union Star depot, the Buffalo Saloon (where you can buy snacks and listen to the saloons’ working Nickelodeon), the vintage carousel from the 1940’s and an antique toy shop.

Second floor of the Patee House

The second floor is part Civil War history and part technological advances. I’m 100% percent sure I missed some nook or cranny because there’s just so much to see.

The ballroom and surrounding area have a good collection of artifacts and historic anecdotes from the war era.

As you move through the floor, you’ll notice a move into the automotive collection. A replica wagon-maker blacksmith’s shop leads into a collection of wagons and older cars.

Walk a little further and you’ll find a telephone operating set up, where it’s not too difficult to see how operators would have connected wires back in the day. There’s also an entire room dedicated to antique broadcasting equipment, everything from old radios and TVs to news station devices.

This is also where we get a look at the women’s college that had a brief stay in the building. My personal favorite was a collection of old perfume bottles. I’ve always found those designs so pretty.

Third floor of the Patee House

The third floor is the smallest one, and a good one to end your visit. It’s a recreation of the Patee House Hotel, with all the fine furnishings that came with it. I thought this gave visitors a good idea of the luxury hotel’s former opulence. It seemed like a nice way to look back on where it all began.

Did this post about the Patee House Museum inspire you to visit? Let me know in the comments! 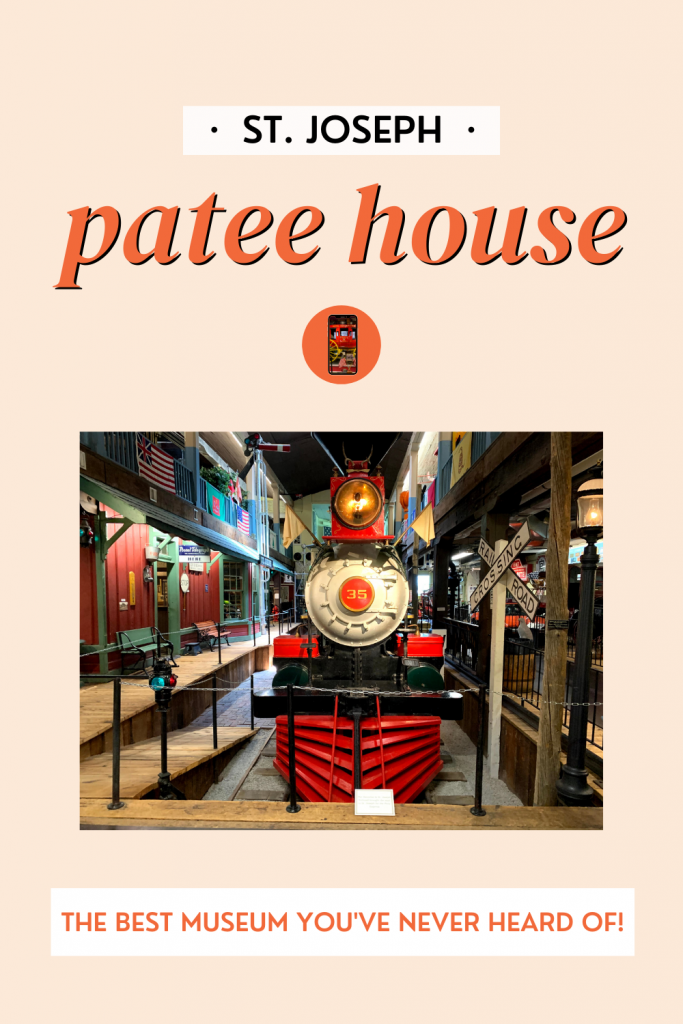