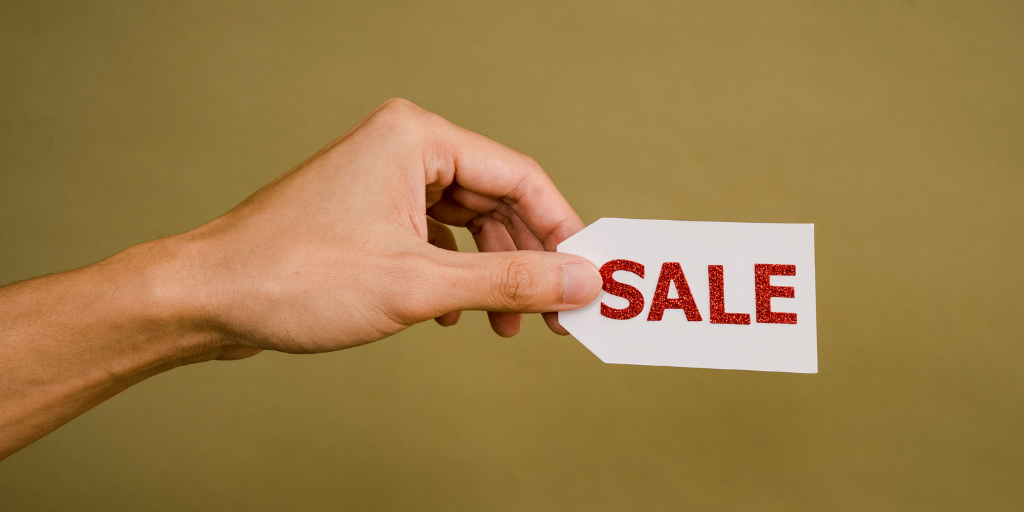 It’s simple. You sign up, select a membership level, Limited (free), Premium (paid), or Elite (paid) and select your preferred US departure airport(s). We currently find deals departing from more than 150 airports within the continental United States, Hawaii, Alaska, and Puerto Rico.

Then, when we find amazing deals on flights that depart from a US airport you follow — like New York to Barcelona for $298 roundtrip, Chicago to Quito for $183 roundtrip, or Atlanta to Dallas for $90 roundtrip — we send you an email with all the details on how and where to book the flight.

Once we send you a deal you like, you’ll follow the link provided in the deal to purchase your tickets either through an airline or an Online Travel Agency (OTA).

It’s that easy. In fact, I’ll simplify things even further and give you my referral link if you want to cut to the chase and sign up now.

But maybe you’re still a skeptic. I get it. I fly out of Kansas City International (MCI) and the “international” is… laughable at best. So if you’re nowhere near an airport like JFK or O’Hare, you may not think it’s worth the cash.

So that’s what today’s post is about. I’m using my home airport to prove you can get amazing deals to anywhere. Here are Scott’s Cheap Flights Best Deals From MCI in 2021! 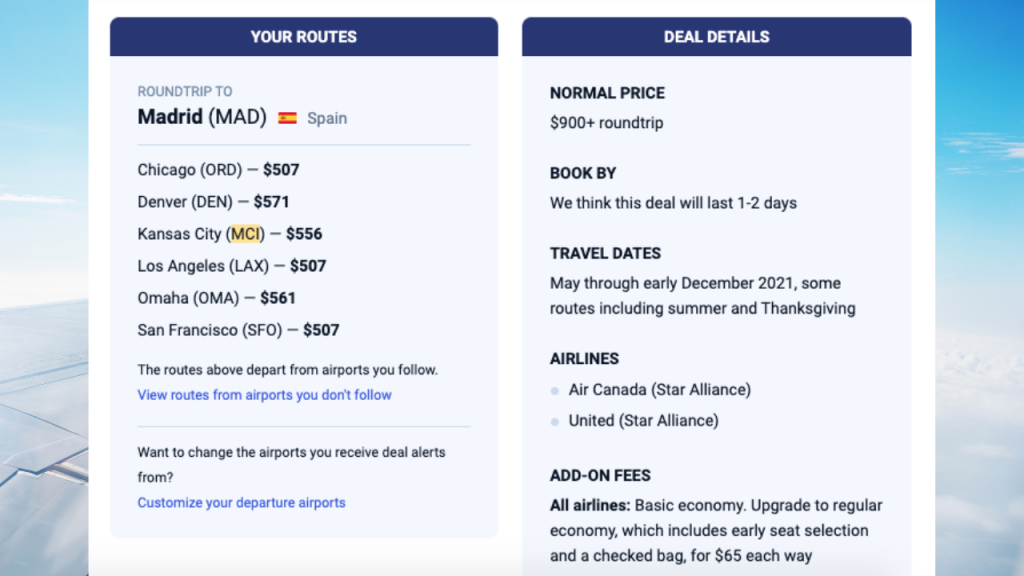 An already sweet deal to Madrid, but stick around to the end of the post. It gets better. 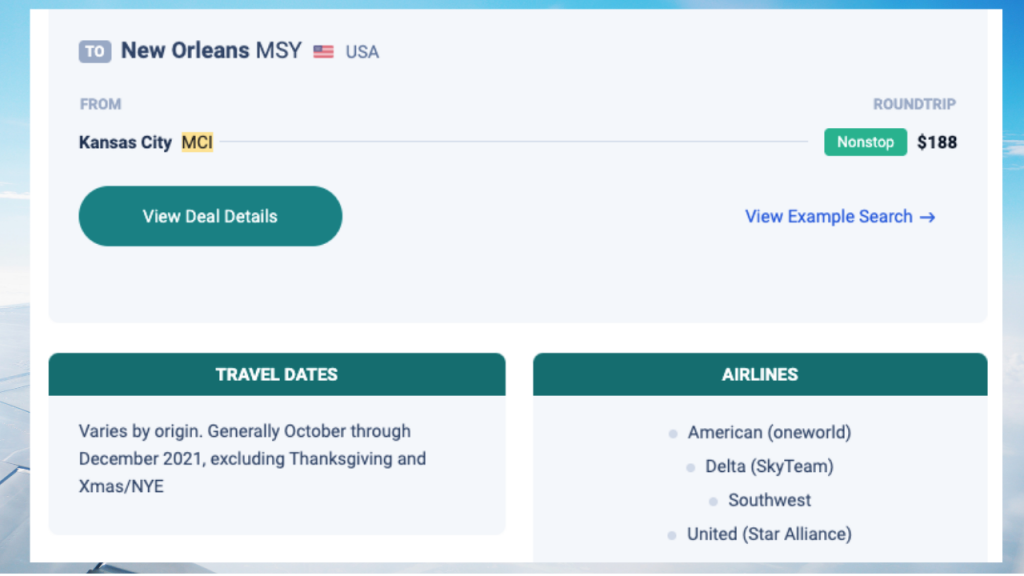 This is a deal I took them up on! I’m only traveling in the continental U.S. as a precaution, but this service still saves me a boatload on domestic flights. 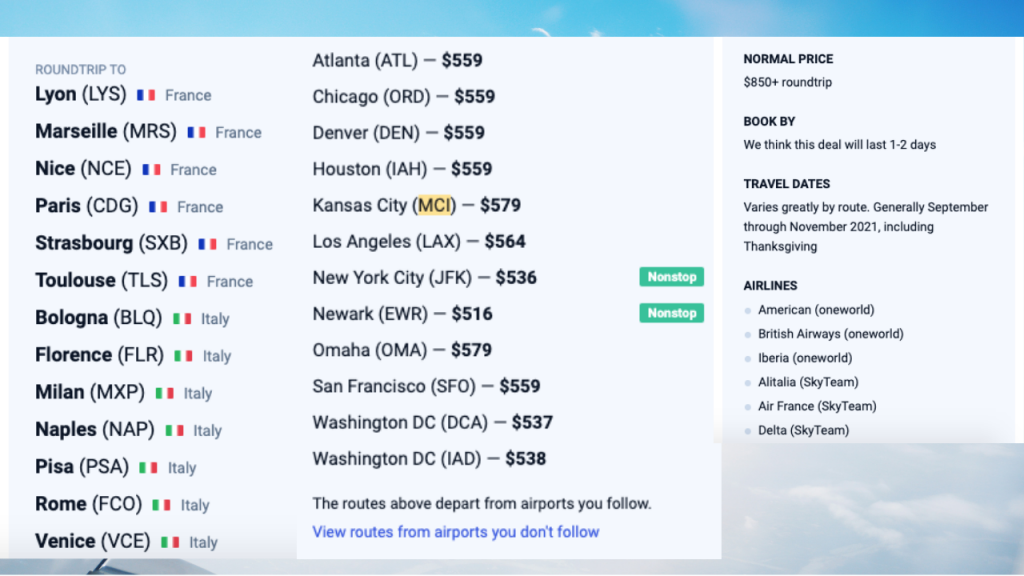 Anywhere in France and anywhere in Rome for just $579? I’m in! Let’s explore the French coast! 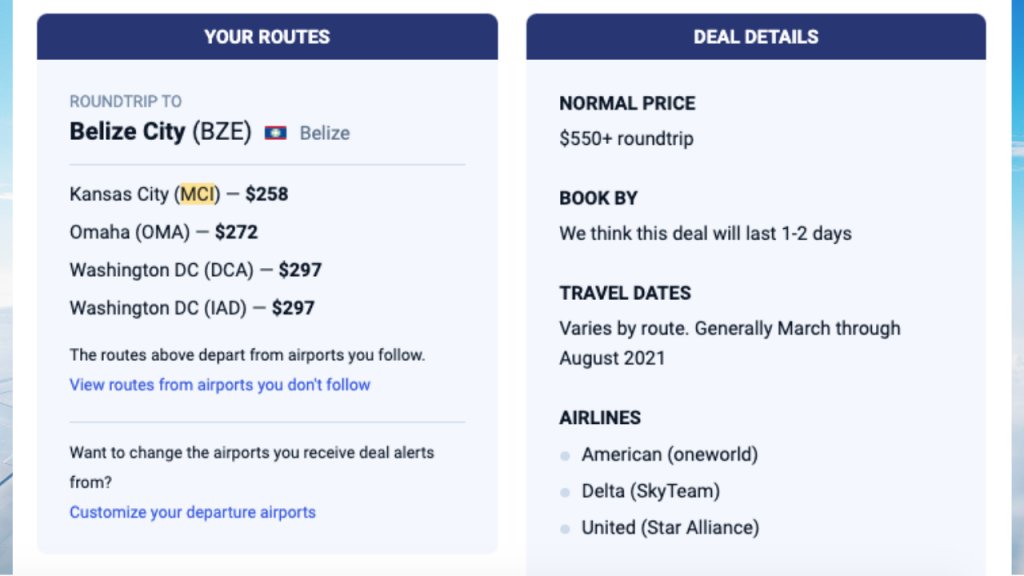 A stellar deal to Belize, especially when you consider those months are great for bioluminescence. 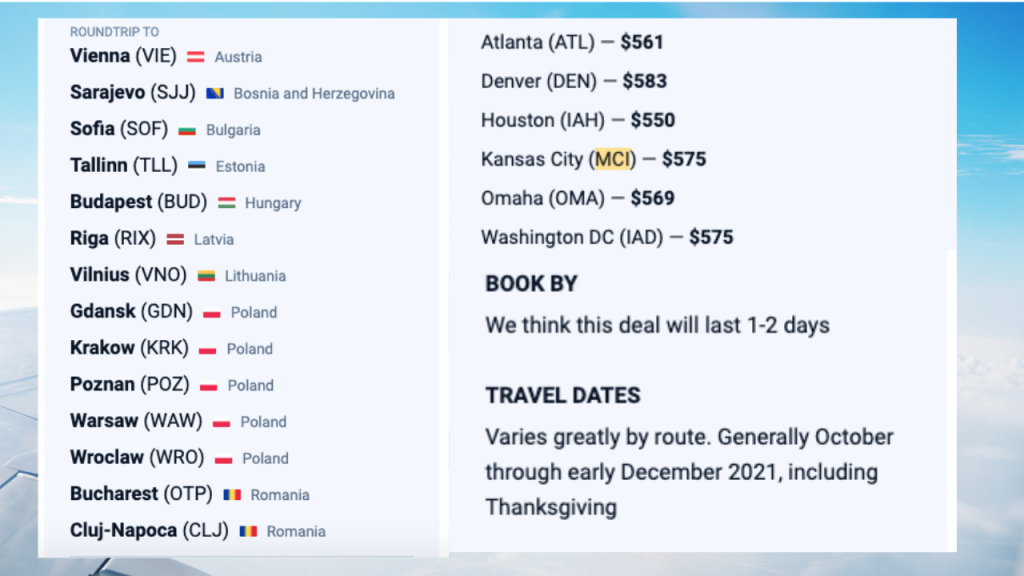 Look at all these cities! Hard to get deals like this to smaller airports in Europe, so I’m game! 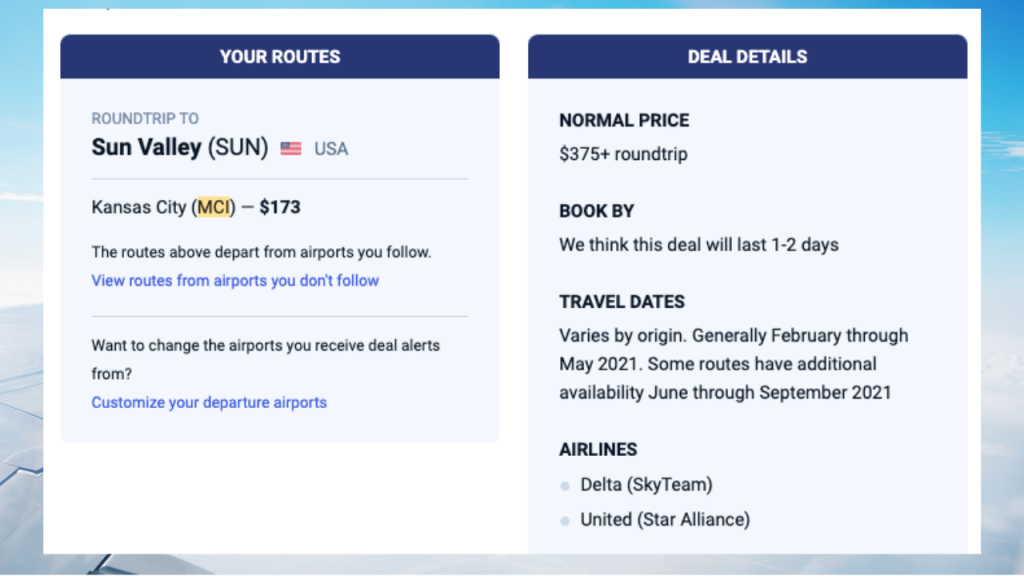 $173 is a helluva deal, especially to a smaller airport in the prettiest part of Idaho. 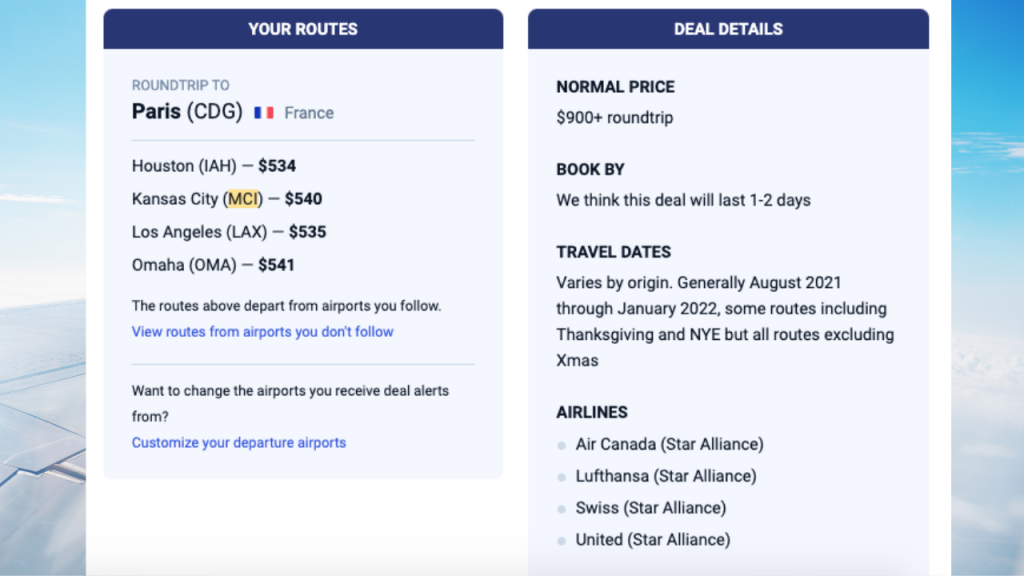 Just in time for the Paris Christmas markets, if that’s your cup of tea. 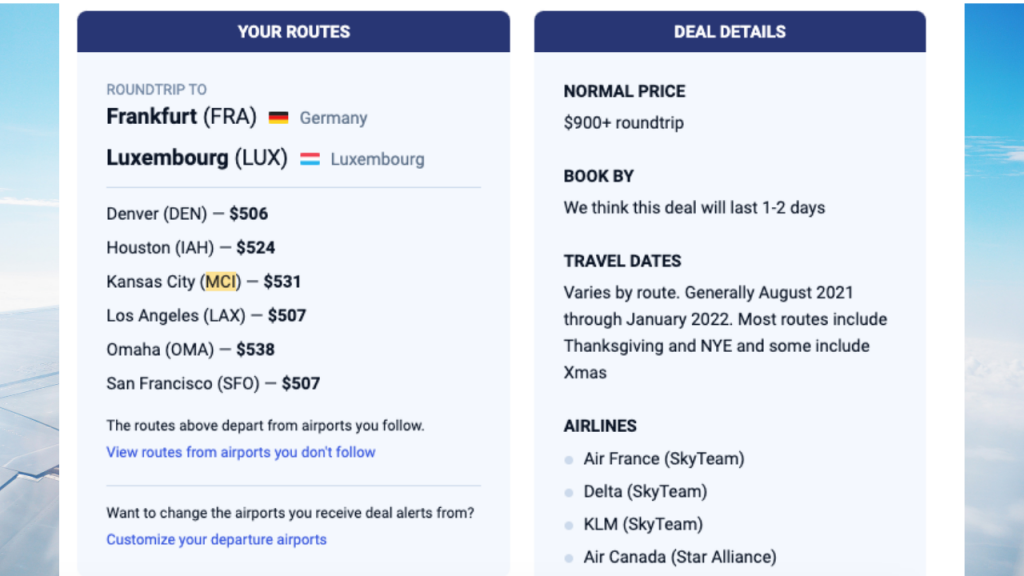 Ditto for those German Christmas markets. 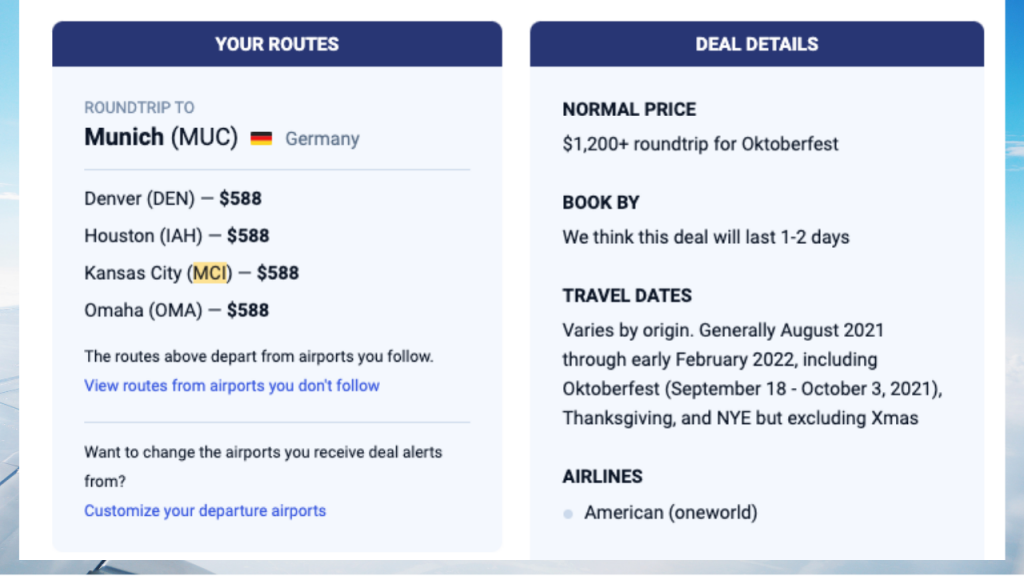 Here’s what I mean when I say Scott’s Cheap Flights sends great deals. This isn’t any $588 flight to Munich, it’s during Oktoberfest. A terrible time to try to fly cheaply, but somehow they made it happen. 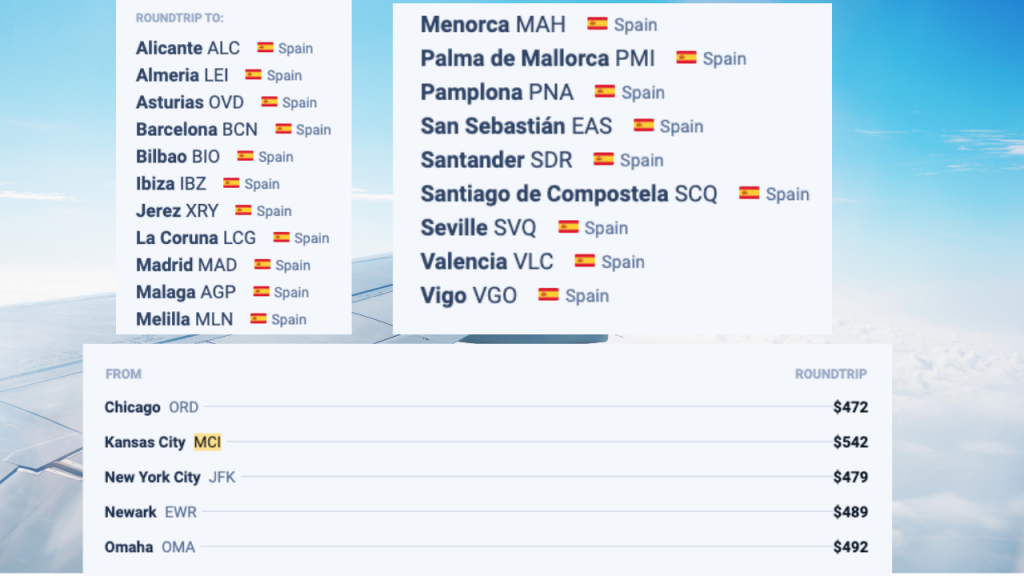 Looking to explore smaller cities in Spain? Now you can! 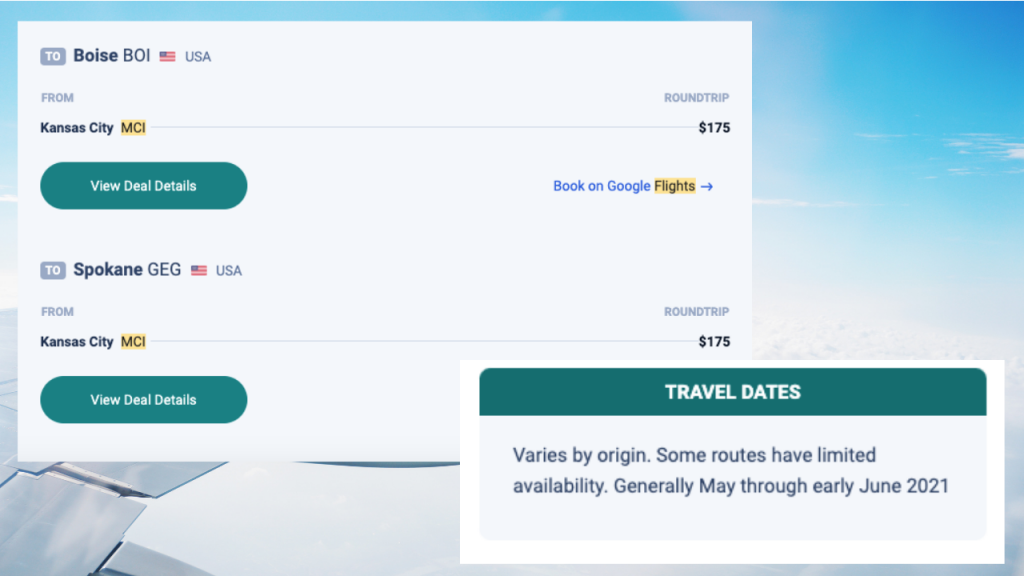 I’m really enchanted by Idaho it seems. These flights would put you near the Couer d’Alene region. I hear it’s splendid. 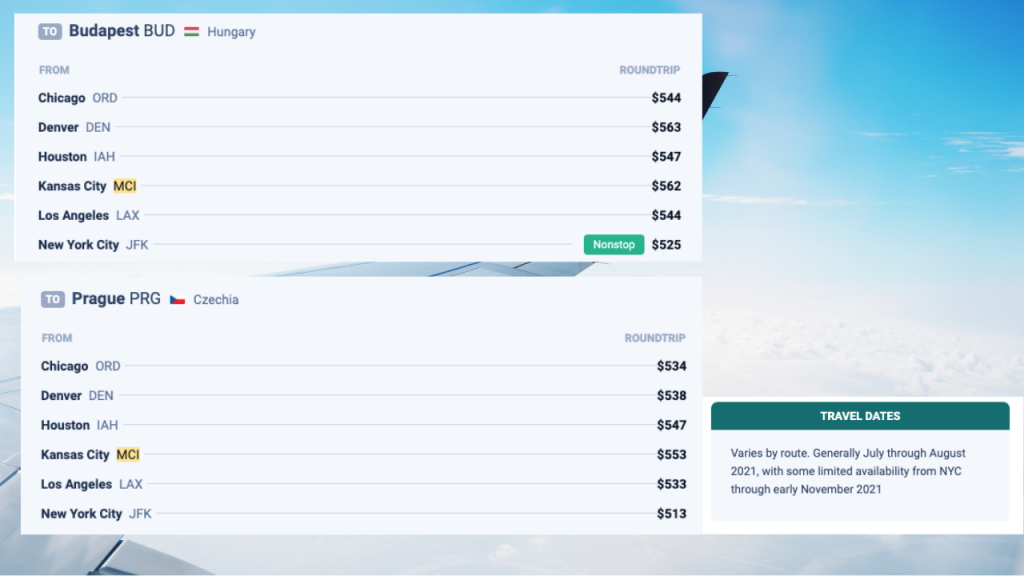 Two of my favorite places! Have some goulash for me! 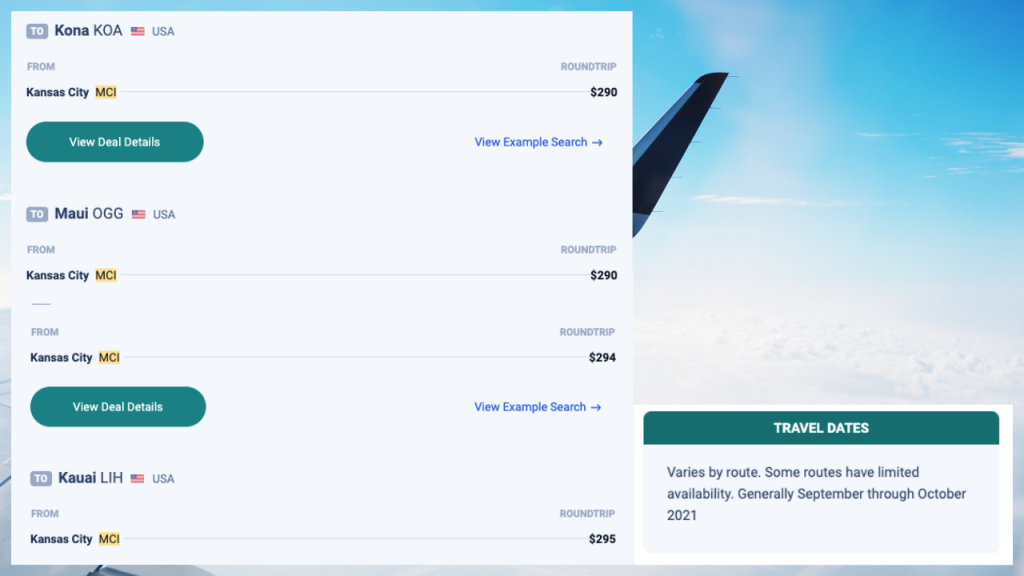 An unreal price to everywhere in Hawaii to you can spend your funds on all the neat experiences you’ll want to tackle. 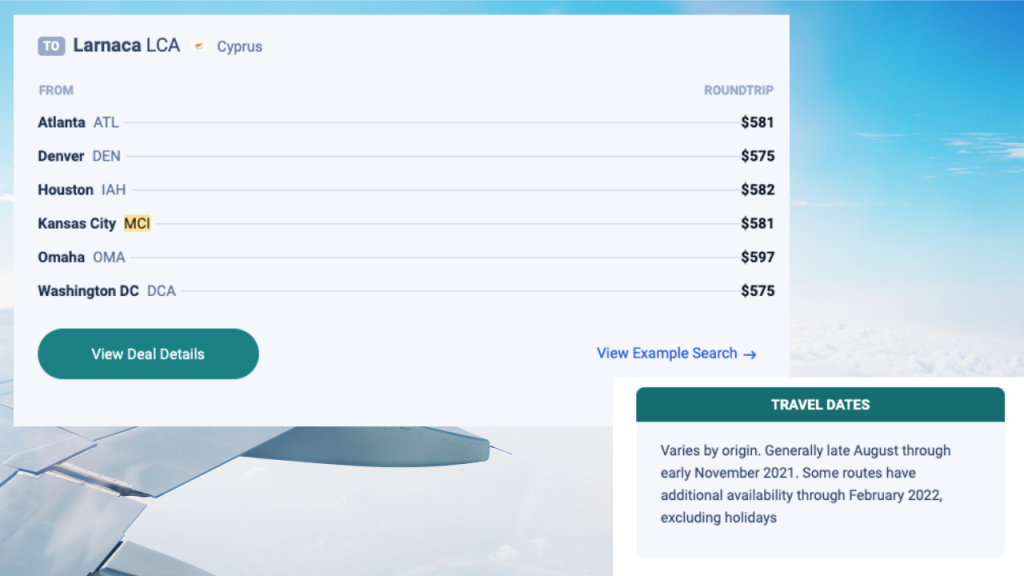 Cyprus? Are you kidding me? Let’s get to the airport and start exploring. 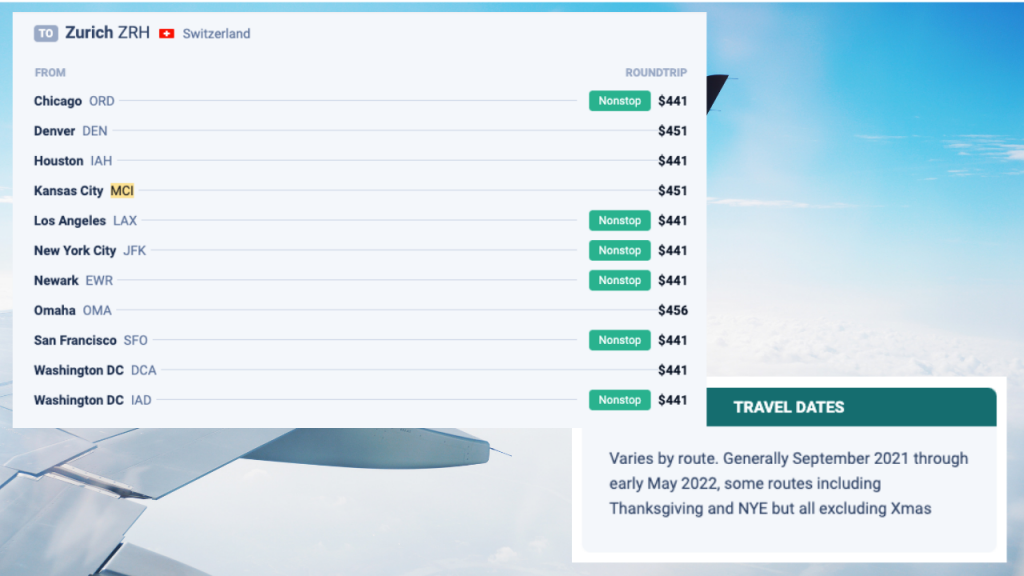 A $451 flight to the most expensive city in the world during ski season. You’ll need those savings for lodgning and activites. 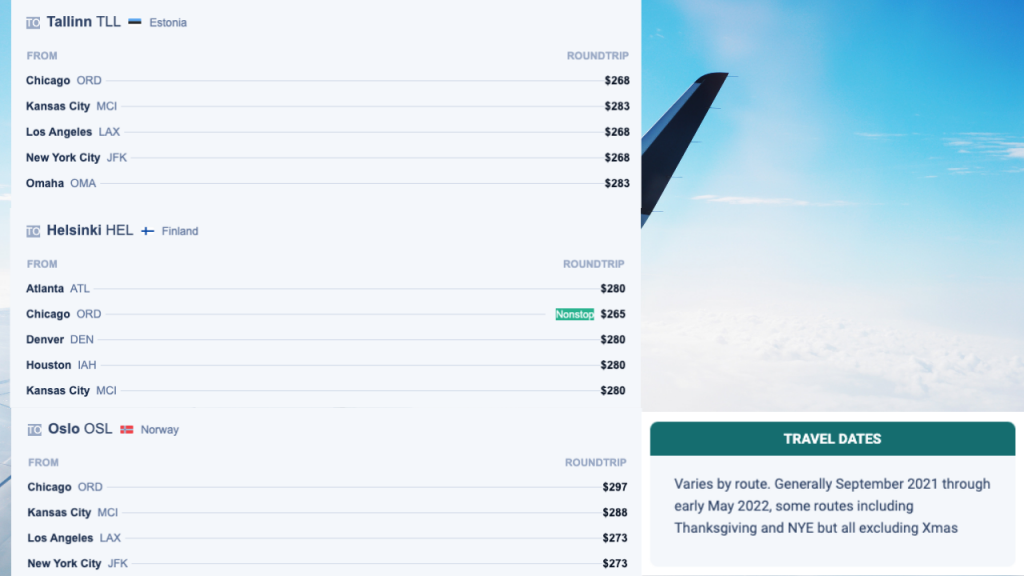 Oh hey there, northern Europe. For less than $300 I could ring in the new year there. 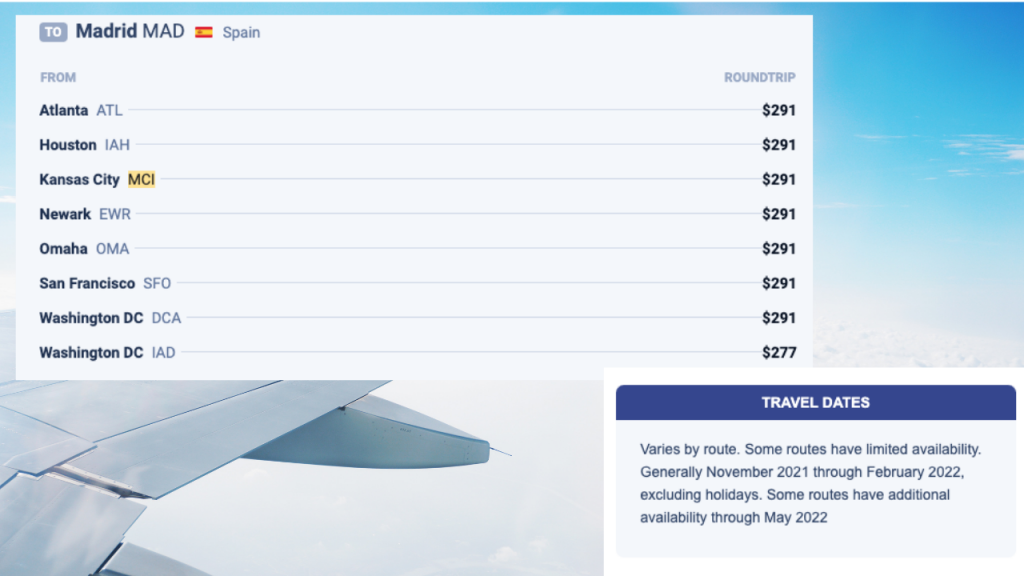 Remember what I said about the better Madrid deal? This is it. 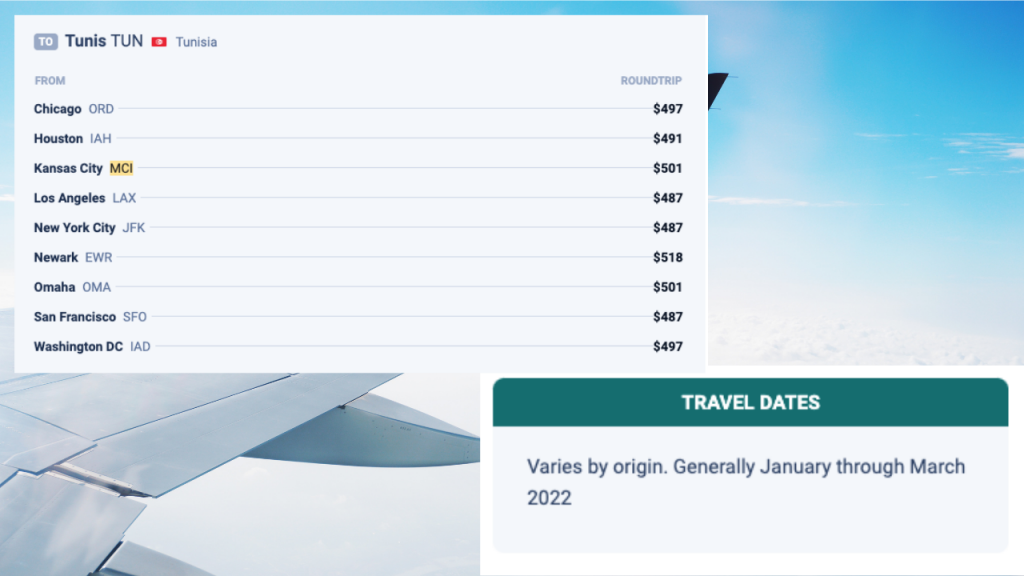 Tunisia too?! Get outta here, they really have deals for every airport ever. 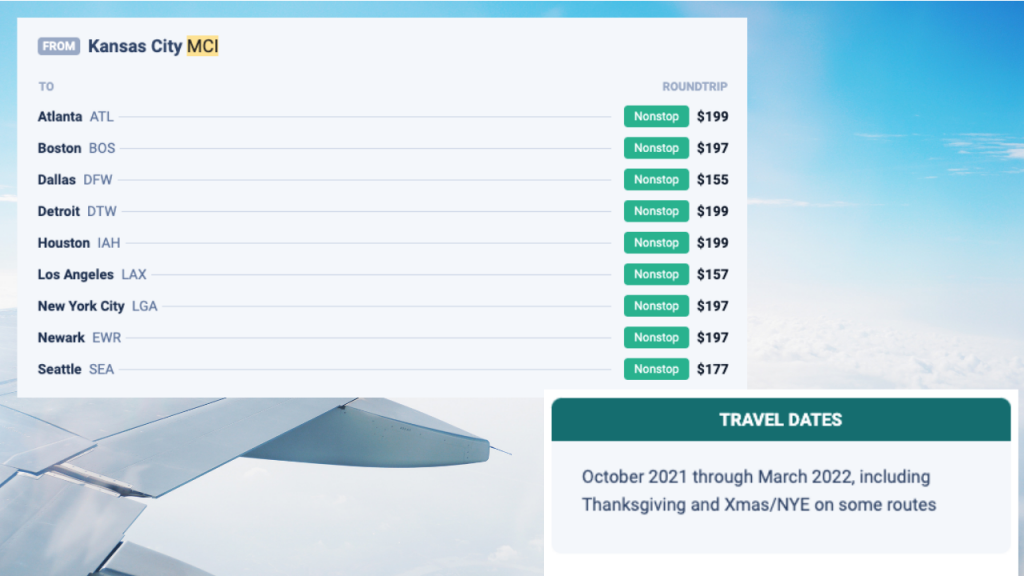 Holiday routes to the biggest cities for under $200? No sweat. 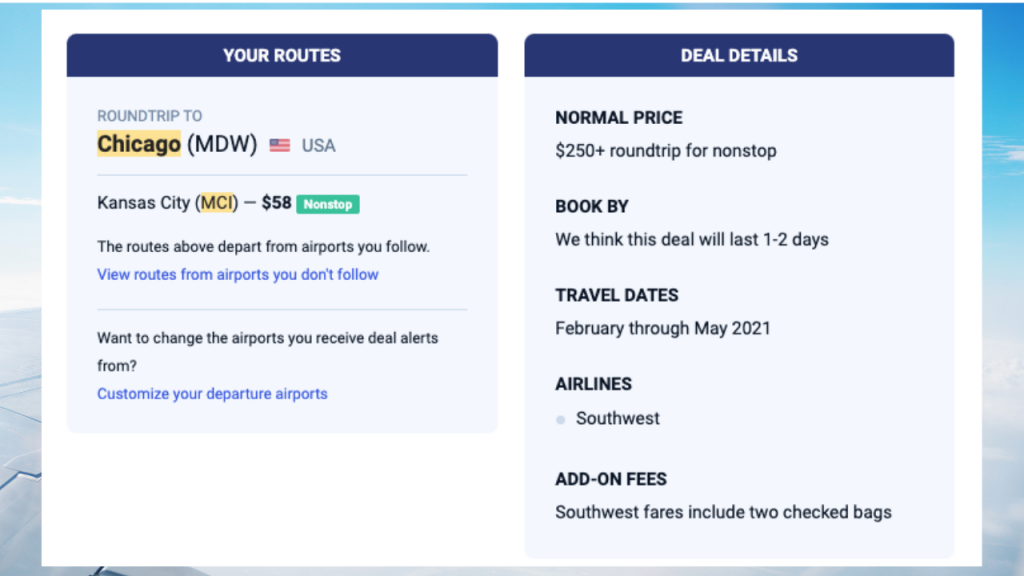 Chicago. Go for the $58 roundtrip price, stay to see them dye the river green for St. Patrick’s Day. 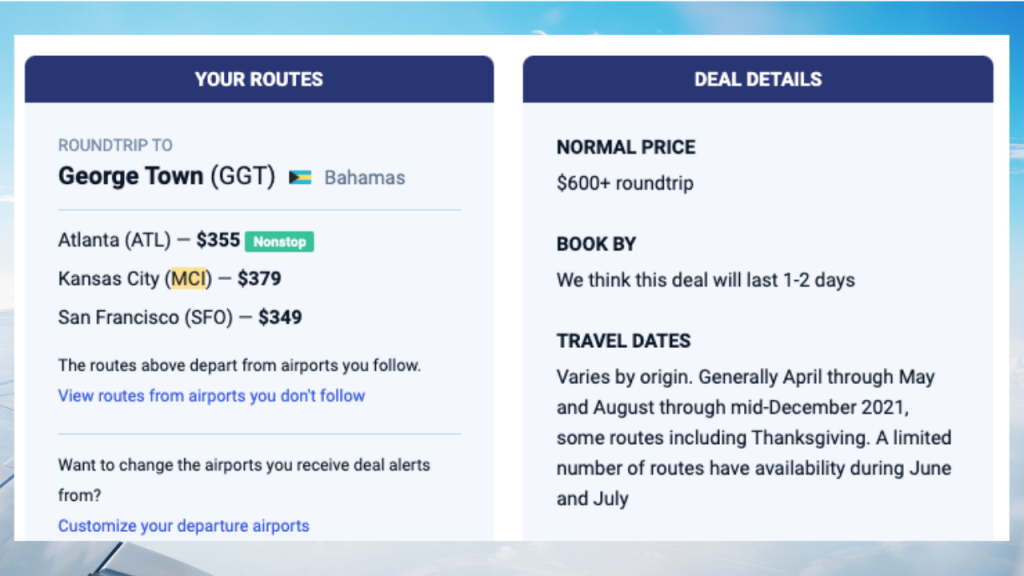 Pink sand beaches, swimming pigs and a great flight deal. What could be better?

Did this post about Scott’s Cheap Flights best deals from MCI inspire you to sign up? let me know in the comments! 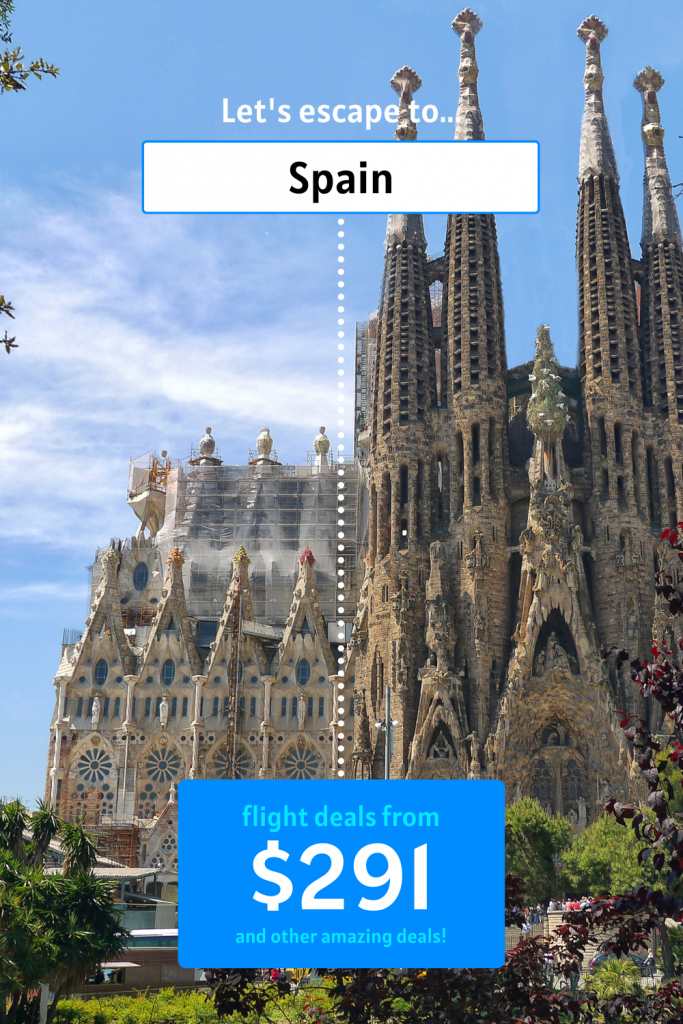 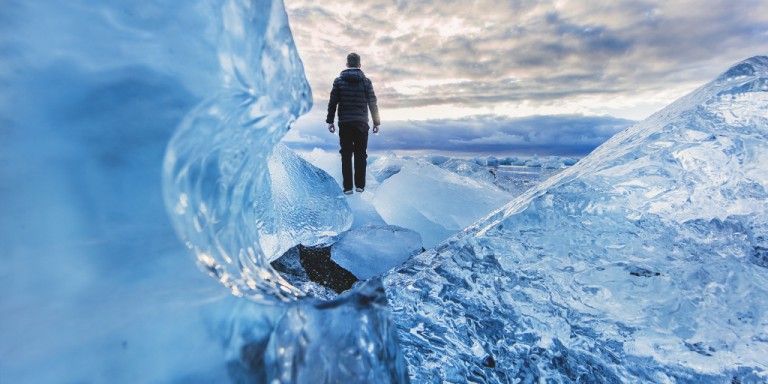 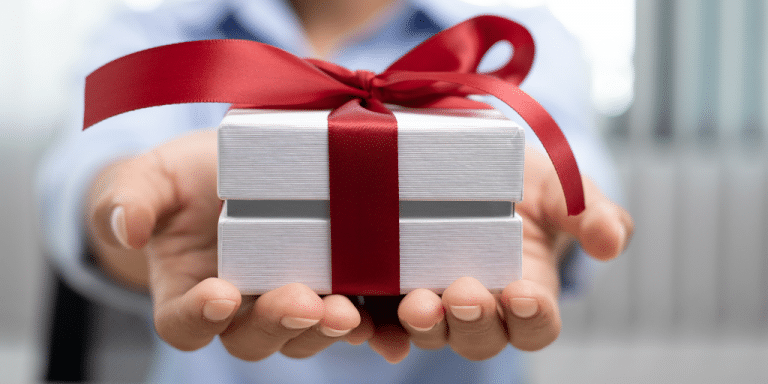