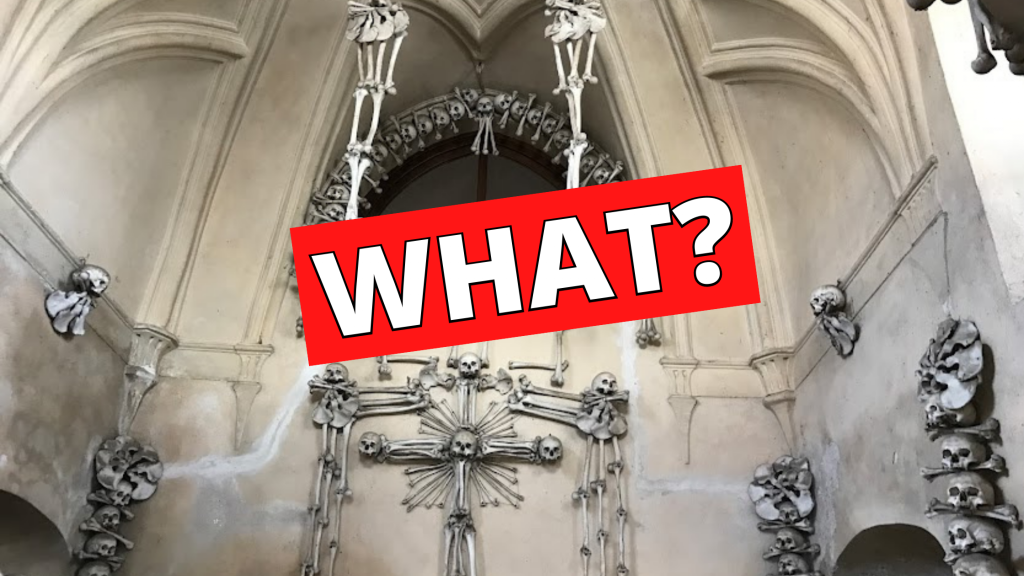 The Wonderfully Weird is an occasional series written by Maggie whenever she can get off her lazy butt to document the truly strange and fantastic places she has visited.

Don’t be fooled by the exterior, the Sedlec Ossuary is smaller than you think. 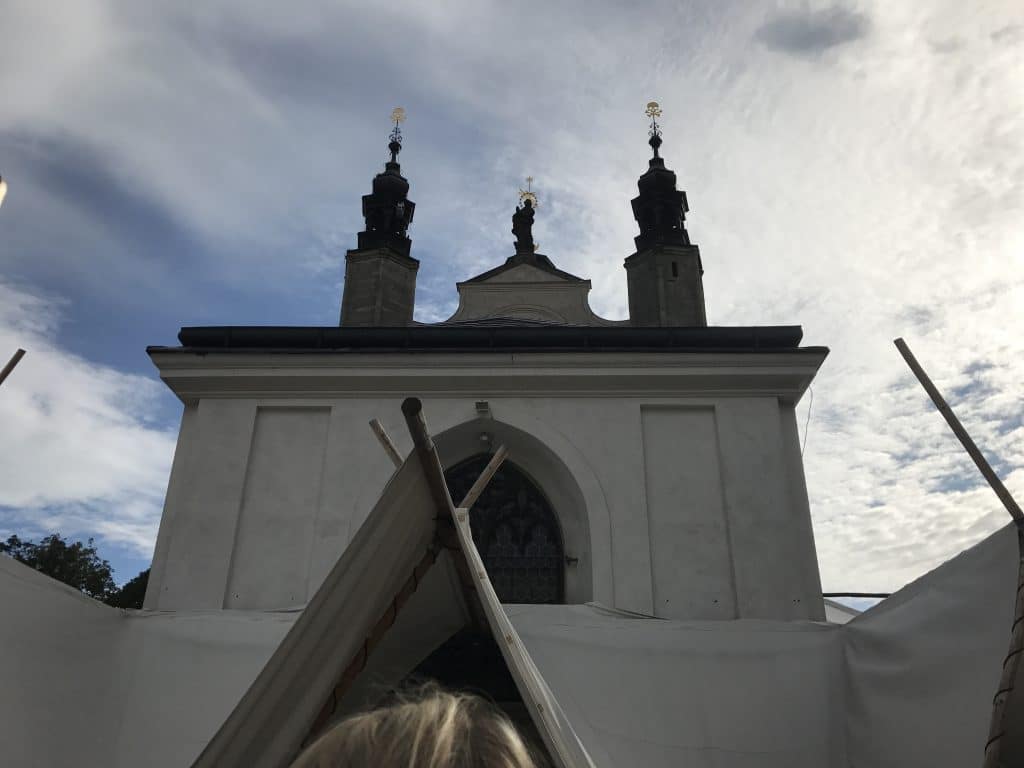 Somehow, this little church holds between 40,000-70,000 bones of people from centuries ago. As a result, the Sedlec Ossuary attracts nearly 200,000 tourists a year. So what about this church draws tourists to the small town of Kutná Hora? And uh… why decorate with bones and not tasteful throw pillows? Let’s find out!

What made this church so popular in the first place begins in 1278. A Cistercian monk had returned to the church with dirt from the Holy Land, which he proceeded to sprinkle over the cemetery. Word spread, and the cemetery became a desirable place to be buried. 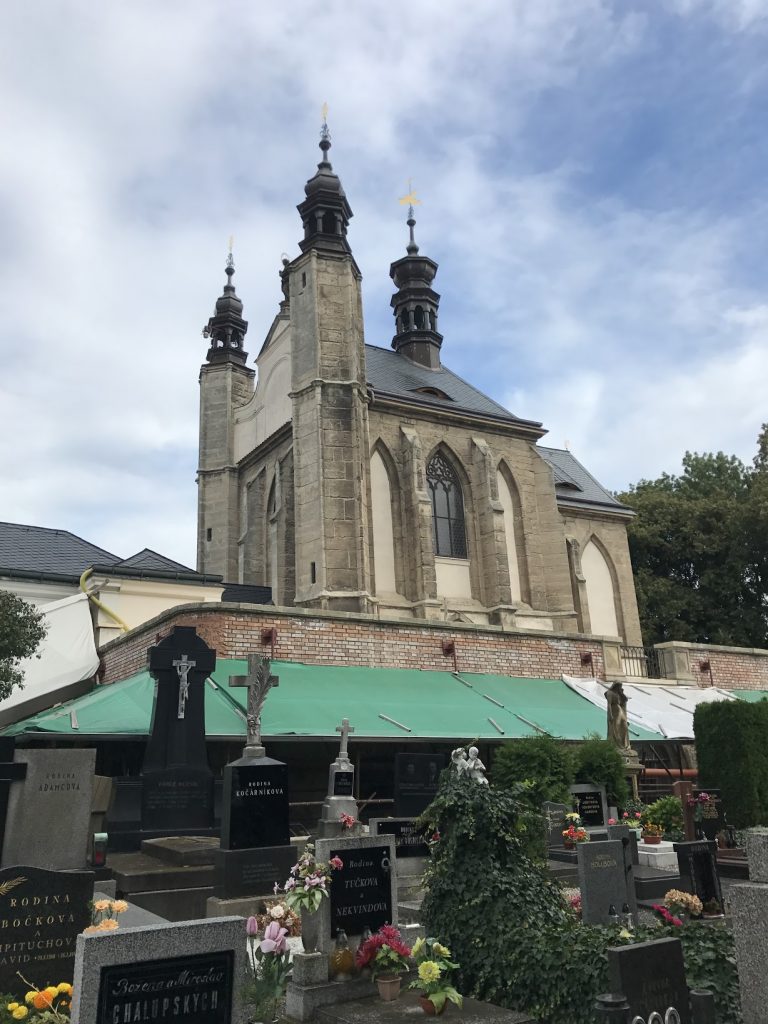 Around the 14th century, the Black Death swept through Europe. This increased the number of people buried in the cemetery greatly, and it had to be enlarged. Roughly around the same time, the gothic-style church you see today was built, and it included a lower level for the ossuary to be housed. The stacking of the bones following mass grave exhumation began in 1511, but the bones would not be artfully arranged until much later.

Then, in 1870, František Rint arrives on the scene. He was a woodcarver and carpenter commissioned by the House of Schwarzenberg, an aristocratic and very powerful European noble family. Their lineage is so strong that the current head of the family serves in Czech politics today! Wild, right?

Pictured above is their coat of arms. We’ll get to that in a bit.

Anyways, the House of Schwarzenberg has castles, forts and churches all over Europe. In the Sedlec Ossuary, they requested that František organize the bones that had been interred there. So František delivered.

Wouldn’t you have loved to tag along as he did his work? Heaven knows I would’ve.

As you enter, along the wall you’ll notice that František left his signature in bones because of course he did. 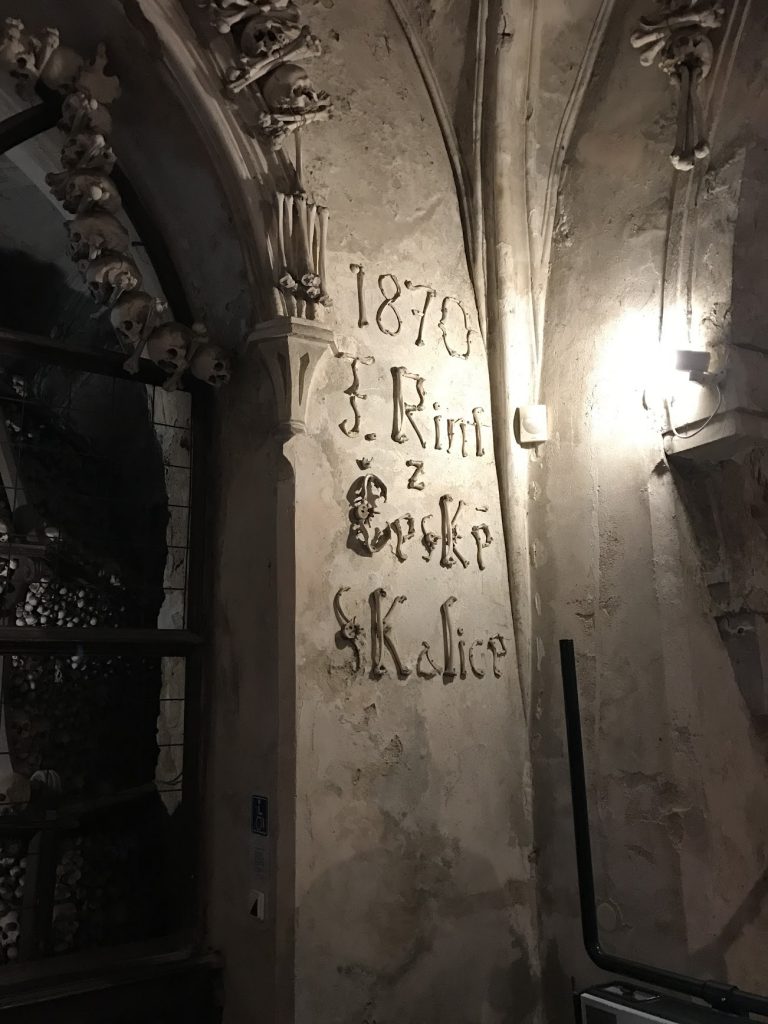 Venture down further and you’ll find the Schwarzenberg coat-of-arms. 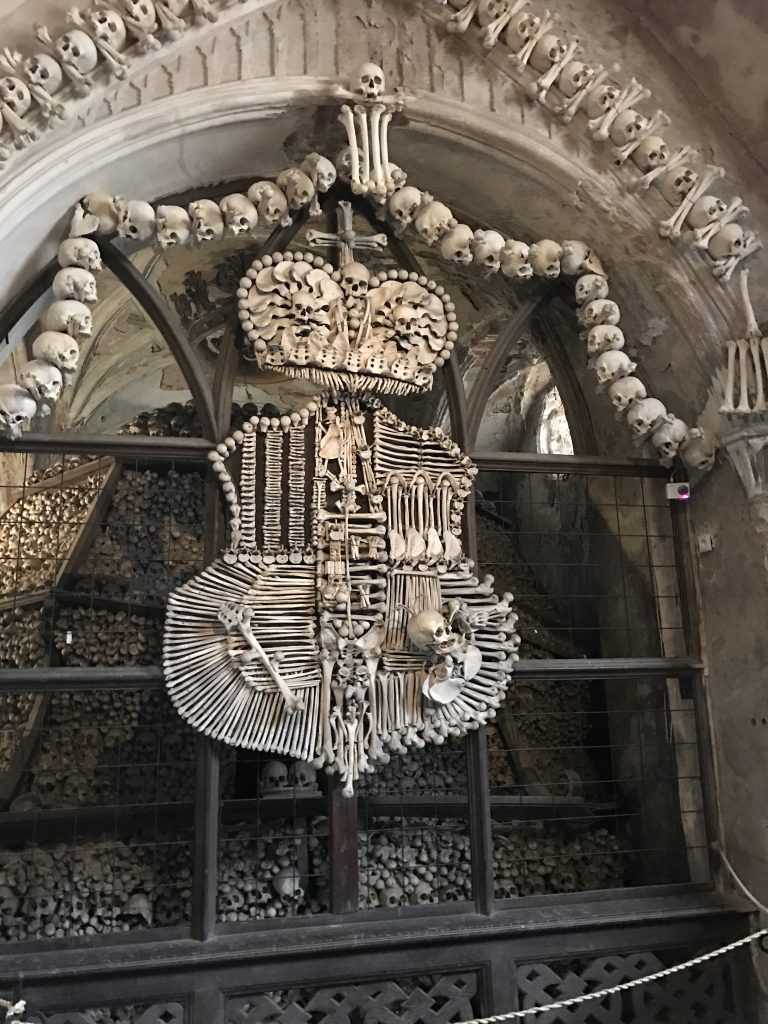 What stuns most people is the chandelier. It contains every bone in the human body at least once. It’s a regular feature on reddit’s r/creepy subreddit. You see why, right? 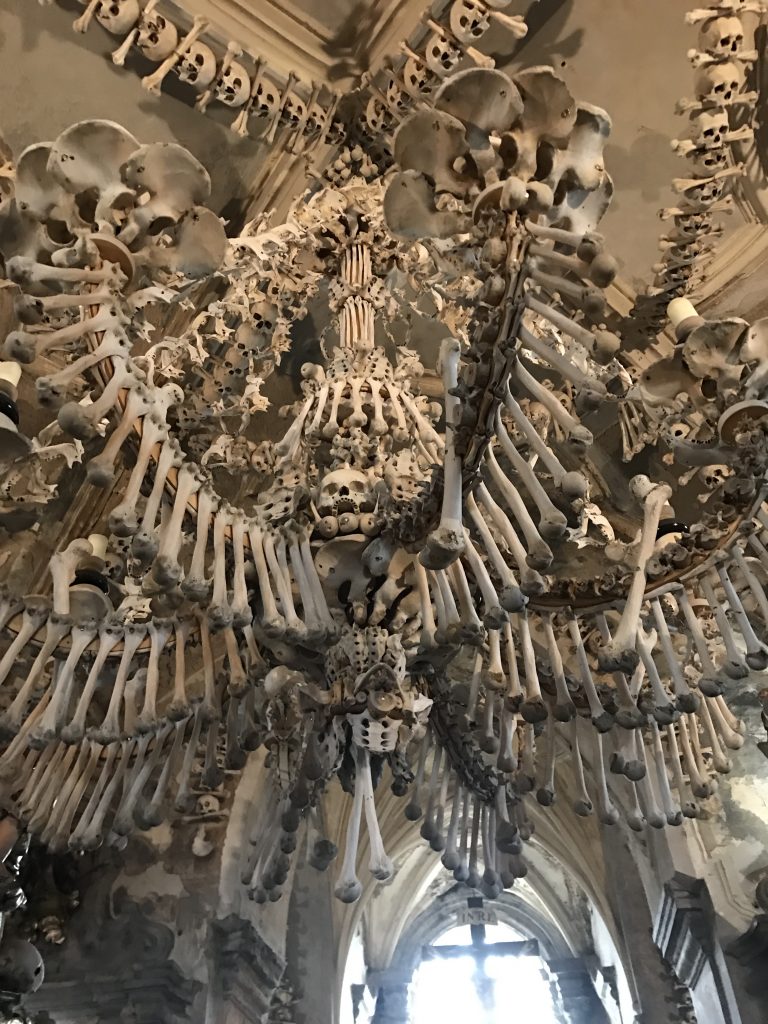 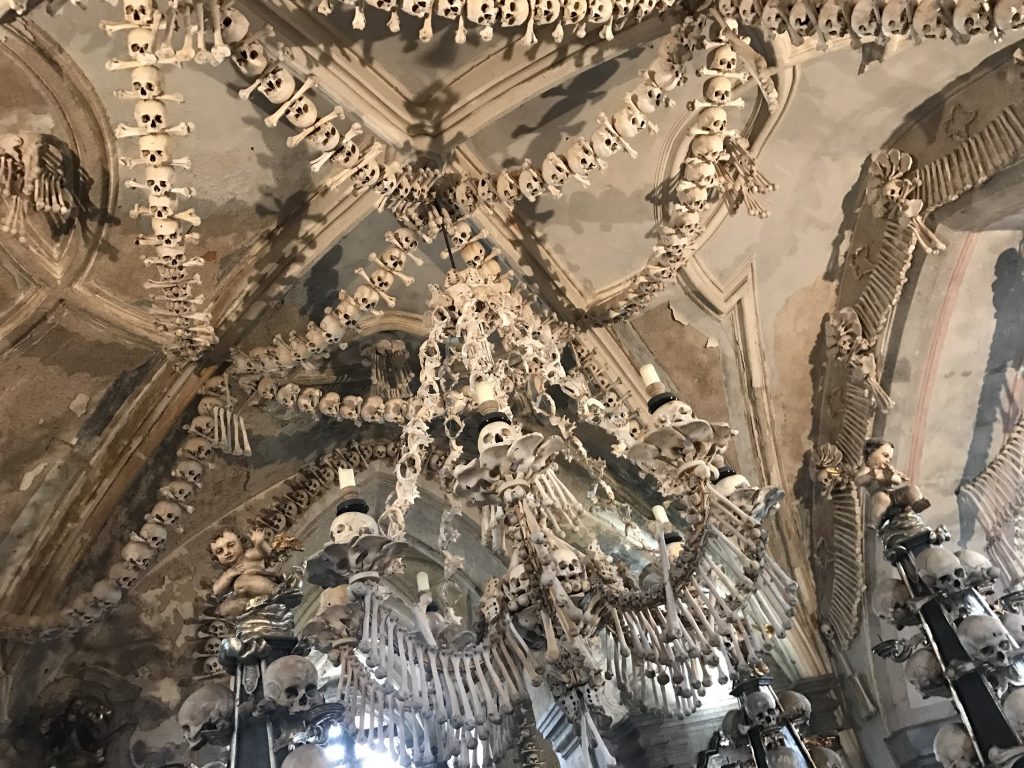 Less explored is the upper chapel, constructed at the same time as the ossuary. It’s quiet, and surprisingly bone-free. 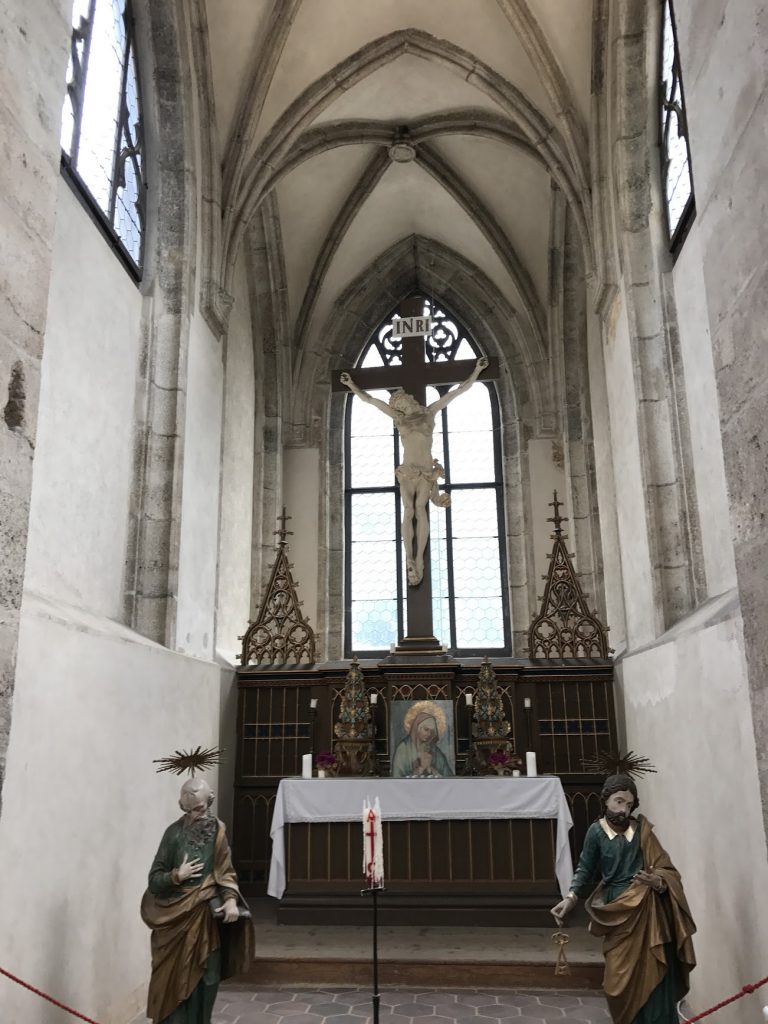 I’ve visited a few ossuaries in Europe, and none (that I’ve found) have taken the extra step to decorate the space with the bones. That’s why the Sedlec Ossuary stands out, for better or for worse.

Have you visited the Sedlec Ossuary? Did it make you rethink your interior design choices? Let’s chat in the comments! 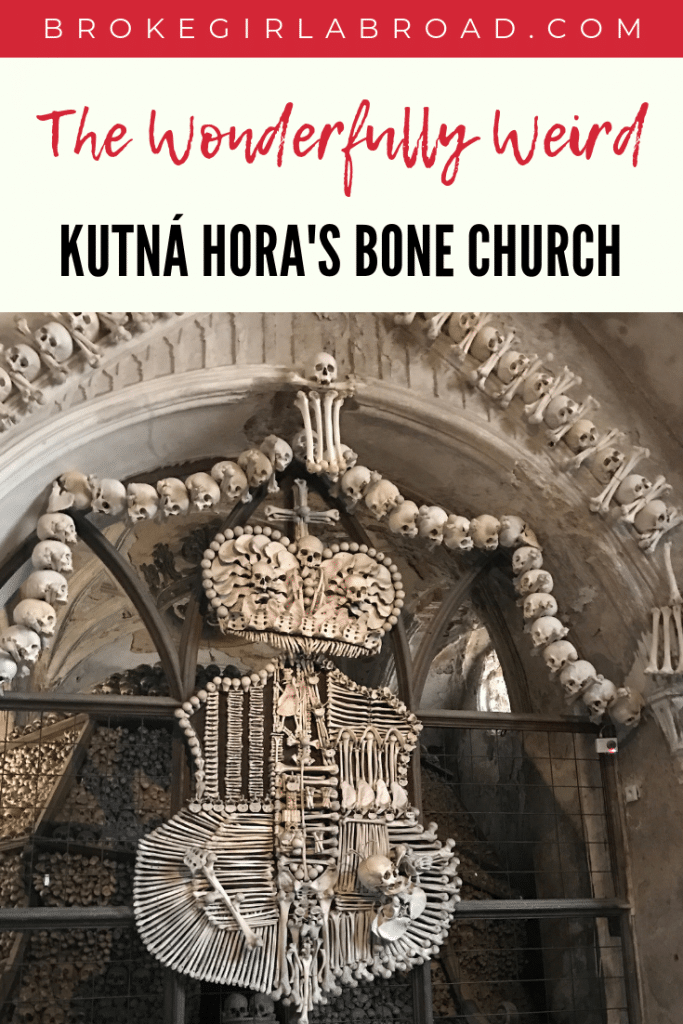